US massacre of Syrian anti-ISIS soldiers 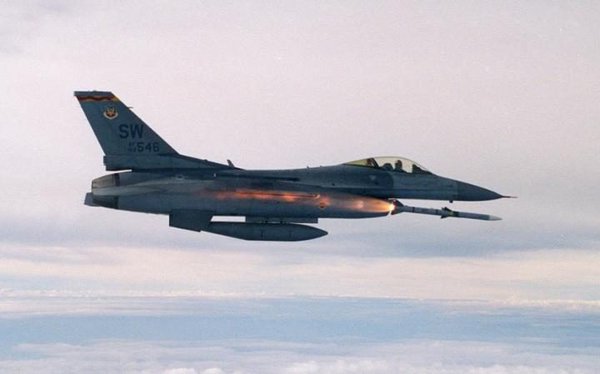 "We halted the attack when we were informed by Russia that it was possible that we were striking Syrian regime military personnel and vehicles." These are the words of US Ambassador to the United Nations, Samantha Power, who gave a lesson in insolence, arrogance and shitfaced stupidity today as she admitted that her country had perpetrated the massacre.

Moscow refers to the USA's "stubborn refusal" to cooperate in coordinated attacks against Islamic State. Not surprising, is it? After all, who invaded Iraq? Under whose nose and on whose watch did Islamic State appear and spread out across Iraq and Syria? And Libya? Libya? You know, the country with the highest Human Development Index in Africa which the USA sent back to the stone age, and which is now crawling with terrorists. Who has used unmarked aircraft to drop supplies and munitions to Islamic State whenever it found itself up against stiff resistance against the Kurds or the Syrian Arab Armed Forces? Moscow labelled the massacre as being on the "boundary between criminal negligence and direct connivance with Islamic State terrorists", while Syria denounces the "serious and blatant attack on Syria and its military" which is "firm proof of the US support of Daesh and other terrorist groups".

"We halted the attack when we were informed by Russia that it was possible that we were striking Syrian regime military personnel and vehicles." Translation: The United States of America either does not know what it is doing, or else has no control whatsoever over its precision weaponry, or else was targeting the Syrian forces on purpose, because they were threatening to wipe out the Islamic State terrorists. Under its own admission, it stops massacring troops fighting terrorists when Russia tells it to, rather like it uses Russian rockets to get its astronauts to the International Space Station.

A classic US precision massacre

The precision massacre by the USA, which claims it only uses precision weaponry, was carried out by cowards flying two A-10s and two F-16s, in a base in Deir el Zour, eastern Syria. The Syrian Observatory for Human Rights has quoted the figure as 80 plus soldiers murdered and 100 plus wounded. The result of the strike is that Islamic State fighters, instead of being annihilated, were able to reinforce their positions.

The reaction from the White House? Why, to launch broadsides at Russia of course. The USA has expressed its "regret" but has not come forward with promises to compensate the families of the soldiers it massacred in its illegal attack. The claim that "We halted the attack when we were informed by Russia that it was possible that we were striking Syrian regime military personnel and vehicles" is proof that US intelligence sucks, that the US military sucks or worse, that the US military and intelligence are a bunch of murderers who are openly siding with Islamist terrorists because their "moderate terrorists" got their butts handed to them by the Syrian police and security forces. It seems the regime in Washington has no respect at all for the security or emergency services.

Worse, the reaction of Samantha Power. It is inconceivable that a country with 300 million citizens can appoint someone with such a high degree of shitfaced arrogance to such a high position. In fact, with a spokesperson like Samantha Power, it is hardly surprising why the USA is hated universally and that so many US citizens lie about being Canadians when they venture abroad. In a display of sheer, pigfaced insolence, she accused Russia of "grandstaging": "Russia really needs to stop the cheap point scoring and the grandstanding and the stunts and focus on what matters, which is implementation of something we negotiated in good faith with them." What matters is targeting terrorists and not supporting them by targeting the Syrian Armed Forces. If point scoring is pointing out that the USA has massacred soldiers fighting terrorists, then maybe Ms. Power should present herself, and her mother, to the terrorist forces her country supports in Syria and then complain when she and hers receive the same treatment innocent Syrian women and girls have received at the hands of her little darlings.

And now the cherry on the cake: "That said, even by Russia's standards, tonight's stunt, a stunt replete with moralism and grandstanding is uniquely cynical and hypocritical." Even by Russia's standards? Which standards are these, did Russia invade Iraq? Did Russia commit a twin atomic terrorist strike against cities full of innocent civilians? Did Russia strafe civilian structures with military hardware in Iraq, in Libya? Did Russia drop Napalm on screaming kids fleeing their homes? Maybe we can say even by Washington's standards, Samantha Power is the worst type of parasite to disgrace the United Nations Organization with her unwanted and disgusting presence.

Conclusion: Samantha Power is not a diplomat. She is a pig-headed, cheap, rude, uneducated wannabe, a guttersnipe, an upstart and an insult to the term Diplomacy. She is not an Ambassador. She is a creepy, ignorant and extremely insolent apology for a diplomat, the kudos of which she will never achieve in a million years. She, like the external policy of the country she represents, is akin to a disgusting, stinking, sniveling creature crawling out of a sewer and spreading slime wherever it slithers. The bawling of a desperate, crack-starved slut outside a whore house makes more sense than the juvenile lightweight diatribes of a failed diplomat like Power. Who does she represent? Obama? Figures, figures...

In this case, Samantha Power is covering up for... murder. The truth, the whole truth and nothing but the truth?  The United States of America has massacred or injured one hundred plus soldiers as they went about their jobs fighting terrorists. How do the military personnel of the USA feel about that? How does the international diplomatic community feel about Samantha Power?