Sundays are special in Great Britain. The evening meal or dinner is a fine tradition. Anyone who has ever sojourned there would know that. A trip to the High Street started the ball rolling. Choose any of the supermarkets. First stop: Sainsbury's bottle section. There you would experience a good selection of Europe's finest vintages. 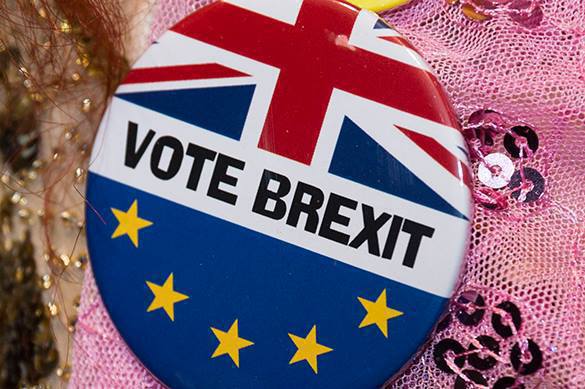 Place a bottle of reserve claret or Lanson Black Label in your cart. Either could be had for about 12 pounds sterling. Move an aisle over to the freezer section. In neat single serve packaging one could enjoy the very best of the Continentals' cuisine. Chicken Kiev was the family favorite. At five quid, it was considered a bargain. Before checking out, the savory scent of fresh baguettes cast their serene spell.

Life could not be better

Those were priced cheap: only 50 pence each. All costs considered the people dined reasonably well. That was the way many Brits used to view their EU membership. The free flow of goods and services to and fro across the English Channel was heralded as a miracle. In most cases, life could not be better all across Britannia. For decades ordinary citizens enjoyed the fruits of their labor. Especially satisfying was the fact that they had their cake and in the same breath could eat it too. Pound Sterling was still sovereign. It was stable.

The honeymoon was over

Other than a few dips in the volatile currency markets Sterling retained much of its value vis-à-vis the U.S. dollar. Those halcyon days lasted a couple of decades. Then suddenly early in the new millennium the bottom fell out; the honeymoon with Europe was over. The British people and even the government considered invoking the buyer's remorse clause. There was not one though... The problem was not exclusive to the currency. Britain experienced some systemic economic pressures; as did the Continent.

After the bursting of the 1990's Dot.Com balloon fest there was more trouble brewing on the horizon. Labor markets looked shaky. British workers were exposed. The economic panacea that the subsequent technology boon was supposed to usher in did not pan out. Out of the East a rising star appeared. To Western firms, China offered an allure that could not be refused. Many high tech firms packed their bags and proprietary rights. Capital took flight. In no time flat the transition was over. As a direct result British workers were left out in the cold. For many unemployed that Sunday dinner was now priced out of reach. Only the well heeled stiffs who had investment banking jobs in 'The City' were spared. The suits still swigged champagne during lunch. Not the rest of the country.

The mass exodus west from the EU compounded the British labor market's woes. The meager jobs on offer were met by an oversupply of willing foreign takers, many of whom had just rudimentary skills. Nominal wages as well as real earnings fell with their participation. Home grown Brits were being squeezed out of house and home. The 'dole' seemed like the only option. As welfare ranks swelled, crime and especially the violent type followed in its wake. With successive wave after wave of immigration from not only the EU but from as far afield as Africa and beyond, the British people lived in fear. Once victimized, they were loath to report that it happened at the hands of an immigrant. Certain ambush awaited those who contacted authorities; the leftist media was quick to throw them under a double-decker bus after playing the race card. Alone and suffering in silence many law abiding citizens abandoned all hope in 'British justice'.

Just when they needed a glimmer of hope, Britain was given a cold shower. The ISIS siege in Syria brought more one way human traffic. The U.S. vassal Tory government gave into the EU's demands to take in more refugees. They came in droves; but many were criminals. Others were terrorist sympathizers. Still others were transplanted radical Islamic enablers; sleeper cells if you like. With such porous immigration policies and only lax security measures in place it is no small wonder that the people voted to leave. They suffered enough. Brexit was a life line. At long last 10 Downing Street could sever its ties with the bloated bureaucratic and corrupt EU behemoth headquartered in Brussels. Better late than never... UKIP's leader Nigel Farage's poignant summation of the Britons' celebrations said it all.

"This is a victory for real people; ordinary and decent people chose freedom." U.S. Presidential hopeful, Donald Trump, while visiting Scotland said it even better. "Britons took their country back." You can say that again. In contrast, the frump faced British Prime Minister in announcing his resignation was less than gracious in defeat. Dummkopf David Camoron ranted and railed before blaming Russia's President Vladimir Putin. Good riddance...