Wife Beating: The divide line between cultural and human rights

In Pakistan, the Council of Islamic Ideology stated this week that it was acceptable for a husband to hit his wife if she refuses his commands and if she refuses to dress as he tells her, and that it was "un-Islamic" for a woman to leave an abusive husband and seek a shelter. In today's globalized world, where do universal human rights stand? 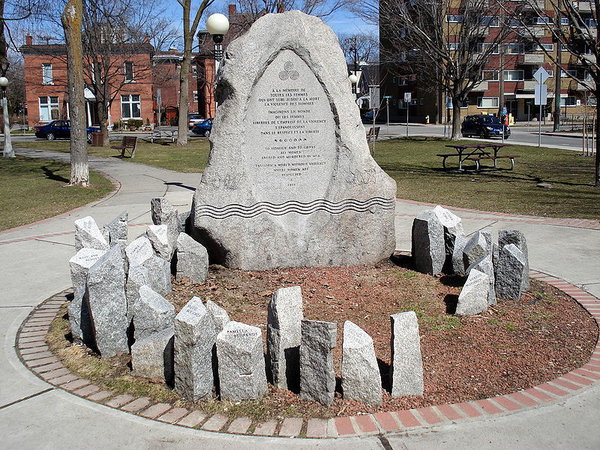 Putting the case in context, the Chair of the Council of Islamic Ideology (CII), Muhammad Khan Sherani, stated that a "light beating" should only be a last resort after everything else has been tried, namely advice, silence, ceasing to share a bed and "getting a bit strict". In the case of "light beating", he added, the husband should never beat the woman on the face or on her private parts, and should use a handkerchief, turban or hat, nothing more.

The recommendation by the CII is stated in a document which is proposed as part of a draft version for a law in the Punjab, perhaps later to be extended to the whole of Pakistan, and reads: "A husband should be allowed to lightly beat his wife if she defies his commands and refuses to dress up as per his desires; turns down demand of intercourse without any religious excuse or does not take bath after intercourse or menstrual periods." Apart from this, this legalization of domestic violence and violation of basic human rights states that a "light beating" should also include cases where the woman "interacts with strangers; speaks loud enough that she can easily be heard by strangers; and provides monetary support to people without taking consent of her spouse."

Is this a case of tradition, lore and culture, set in hundreds of years of practice and part of the everyday social interaction of a particular part of the world or is this a case of aggression, breach of the law and humiliation which breaks the norms of universal social behavior enshrined in the Universal Declaration of Human Rights? The second question is, where does the social worker stand in these cases, when for instance a Pakistani family moves to London or New York or Berlin and the husband believes it is his right to beat his wife because his cleric told him he could?

The three pillars of social work are Humanitarism, Liberalism and Democracy. The first is all about sympathy for the underling and the welfare of the human being, male or female; Liberalism means freedom from restraint or bondage, servitude and arbitrary power, respect for the will of the individual and finally, Democracy is the social context means equality of status and opportunity, the abolition of distinction of birth, rank and status.

Social workers, the police and the blind eye

As we see, such cases violate each and every fiber of the three fundamental pillars underpinning social work. Yet how many social workers, how many police officers, turn a blind eye and relegate the case to one of individual culture, invoking that it is better not to interfere and accusing those who do so of cultural imperialism?

To the case of the Pakistani "light beating", we can add any situation where violence is tolerated, we can add female genital mutilation, where the clitoris is removed, or burnt, so that girls will not experience any sexual pleasure and will therefore "be less likely to fool around" as states the reason behind it, we can add the institutionalized caste rapes in India, wife burning, forced marriage, all forms of gender discrimination. For one simple reason.

The Universal Declaration of Human Rights

The Universal Declaration of Human Rights, proclaimed by the United Nations General Assembly in Paris in December 1948 - almost seventy years ago, set out fundamental human rights to be respected by all nations. Among its thirty Articles, the first states: "All human beings are born free and equal in dignity and rights", the second adds "...without distinction of any kind, such as race, color, sex, language, religion, political or other opinion, national or social origin, property, birth or other status"; Article 5: "No one shall be subjected to torture or to cruel, inhuman or degrading treatment or punishment"; Article 16 (2) "Marriage shall be entered into only with the free and full consent of the intending spouses"; and finally Article 30, "Nothing in this Declaration may be interpreted as implying for any State, group or person any right to engage in any activity or to perform any act aimed at the destruction of any of the rights and freedoms set forth herein".

All of the cases referred to above are covered, and have been since 1948, in this Declaration. So how come we live in a world, in 2016, in which senior officials in societies continue to state that women are, de facto, inferior to men? We are not speaking only about Pakistan, because in the so-called "developed" countries up to seven in every ten women experience some form of sexual harassment in their lifetimes. Neither are we speaking only about Islam, in general terms a noble and peaceful religion.

How did this situation, where women are regarded as inferior, come about? Perhaps we can examine the main religions, made not by God but by Humankind, and find our answer in endemic sexism.

Let us examine the Book of Genesis in the Old Testament, in which the woman, Eve, was deceived by the serpent and ate the forbidden fruit, then gave some to Adam, who did the same, whereupon God said, and I quote, "And I will put enmity  between you and the woman, and between your offspring and hers"... To the woman he said, "I will make your pains in childbearing very severe; with painful labor you will give birth to children".

And as regards the Qu'ran, contrary to popular belief and numerous misquotes, it preaches equality between the sexes and urges men to respect women and so be good Moslems. But as so often, what is preached is not that which is practiced and in so many families which embrace Islam, the woman is treated as a sub-human.

And so we see that generations of people have been brought up, and taught, through Man-made religion, to disrespect women. Perhaps it is time to face these issues with a new and fresh look at how Medieval teachings continue to influence people in their daily lives, how these teachings circumvent the law and perpetuate injustice. The Universal Declaration of Human Rights should be more than something to aspire to, as stated in its preamble. It should be, but is not, legally enforceable.