In which country can a gang which includes criminals, defendants in criminal cases and incompetents remove a democratically elected President who has not committed a crime? In which country does the new Government justify why it has no women by claiming "There aren't any" in a country with over 100 million of them? Why Brazil of course! 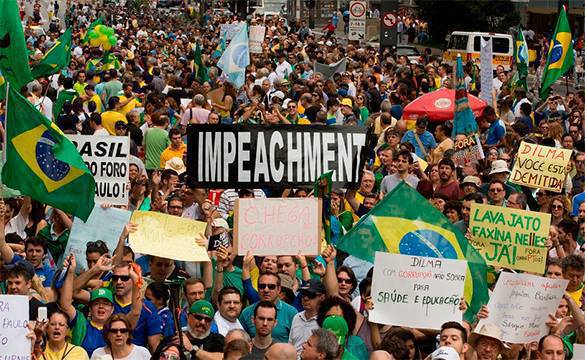 Dilma is the democratically elected President, Temer is not

Dilma Rousseff is the democratically elected President of Brazil, removed in April/May in a coup d'état in two phases, by two Houses (Representatives or Deputados, and the Senate) where criminals hide behind parliamentary immunity. Firstly, why do these representatives of the people, if they are dignified and honorable citizens, need immunity from prosecution? Secondly, what right does a gang of criminals have to judge a President who was democratically elected and who has not been accused of a "crime of responsibility" which is necessary for an Impeachment?

In fact, the rest of the world should cease doing business with Brazil, which has staged a Fascist coup and gone back one hundred years in political and democratic development. Who wants to trade with a country run by a Fascist gang of criminals, who wants to participate in the Olympic Games in a third-rate right-wing travesty of justice and a sham of democracy?

Michel Temer is not the democratically elected President of Brazil. His popularity rating according to opinion polls is 1%. I repeat, his popularity rating according to the opinion polls is one per cent. Yes, one per cent. He was not elected, yet he calls himself "President". He is not. He is the Vice President, with great emphasis on the word "Vice" in exercise of Presidential powers temporarily while the impeachment process runs (180 days) against President Rousseff.

Temer worked for the USA

Now we discover via Wikileaks that Michel Temer used to make analyses and reports on the Brazilian political scenario and present them to the Ambassador of the United States of America in Brazil. This has been going on, according to the documents released by Wikileaks, since 2006. This gives rise to the line of thought which points towards the CIA wanting to close the vice around the Partido dos Trabalhadores and Brazil's social programs, especially since noises have been heard inside the USA that Amazon does not belong only to Brazil but to the world (because of its vast natural resources) and especially now when we see how much oil has been discovered off Brazil's coast.

In Portuguese "Temer" means "to fear". In Brazil, what will we see in the coming months? A reversal of the PT's social programs, with the excuse that the PT left the government accounts in chaos, leading up to the next presidential elections. The fact is, and let this be clear for all, the fundamentals of the Brazilian economy are solid and strong with hundreds of millions kept in foreign reserves. There is no long-term crisis in Brazil, and the crisis we see is not centered only on Brazil and especially not on the headquarters of Partido dos Trabalhadores. In today's globalized economy, economic trends are imported and exported.

So let Michel Temer start to be stupid and the social media will have his political guts for garters. Forgive me if I do not demonstrate any respect for him or the members of his government, because I don't have any. 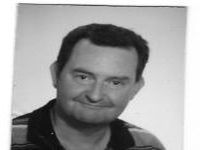