The success of Russia's new Vostochny cosmodrome ("Eastern") speaks about Russia's independent course in space policy. It also means that Russia is capable of launching spacecraft regardless of someone else's political will, chairwoman of the State Duma Committee for Security and Anti-Corruption Irina Yarovaya said Tuesday. 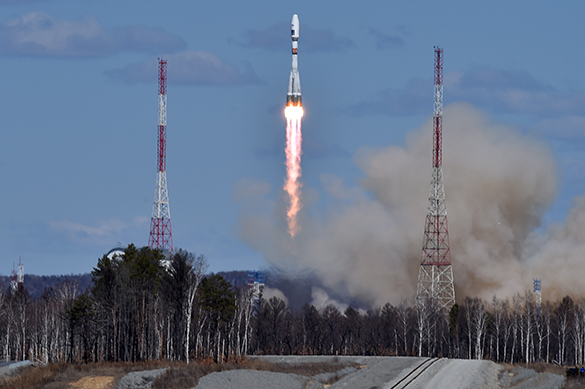 According to the official, Russia will launch its new spaceship called "Federation" from the Vostochny spaceport. In 2021, first unmanned tests will be conducted on the base on the new rocket "Angara-A5V." In 2023, a manned flight into space is scheduled to take place from the new cosmodrome, she added.

Yarovaya also noted that Russia's new spaceport has no analogue in the world on the level of new technological innovations, TASS reports. Vostochny is a "new philosophy of modern-day Russia," she said. The new cosmodrome will create 80,000 new jobs in the Far East of the country.

In her opinion, statements from the Pentagon about the possibility of "space attacks" on the part of Russia marked a triumphal victory for the Vostochny cosmodrome.

"As you know, "Star Wars" is a product of Hollywood, rather than Mosfilm. Hollywood dreams are not coming true to life, and the Pentagon is shedding tears about it. Our way is different: both in space and on the ground," she added.

Irina Yarovaya stressed out that it was Russia that was defending the world against terrorism today.

"No one doubts these days that if Russia did not have the military might that it has today, the West would use military weapons against Russia instead of sanctions. Sanctions are a weapon too - this is a tool of political and economic aggression to weaken our country and split the society," the chairwoman of the Duma committee said.

"One shall not talk to Russia from the position of strength. Our people have built the country at their own expense only and sacrificed many lives to save the country from destruction. Never before has the modern world had such a great need for moral decisions and creative victories," Irina Yarovaya said.

According to her, "even most optimistic analysts were convinced that Russia would go bankrupt."

"Against such a background, President Putin had to start a large-scale operation to rescue Russia. Back then, the choice of priorities could be compared, without exaggeration, with a counter-terrorist operation and humanitarian salvation. In those tragic circumstances, President Putin made the fateful decision -. to rely on tradition and strength of our people. Russia has been running the policy of national sovereignty, dignity and creativity for 16 years," Irina Yarovaya said.