What is the most corrupt country in the world?

"I am not going to demand any apology from anybody. What I am demanding is the return of the assets," Nigerian President Muhammadu Buhari said responding to David Cameron's remarks about "fantastic corruption" in the African country. Strangely enough, the remarks came from the person who found himself in the midst of Panama Papers scandal and governs a major hub in a global corruption chain. 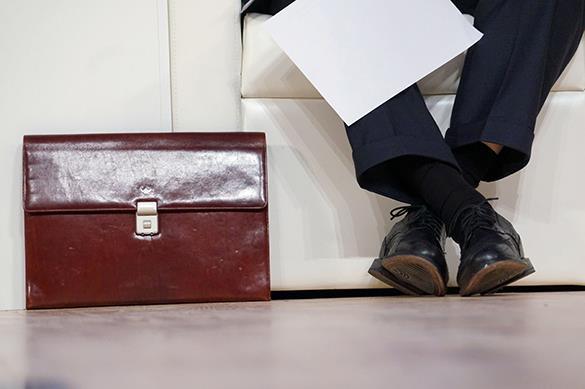 During a reception at the Global Anti-Corruption Summit in London, British Prime Minister David Cameron said:  "We had a very successful cabinet meeting this morning talking about the anti-corruption summit," Cameron told Her Majesty. "We have got the leaders of some fantastically corrupt countries coming to Britain ... Nigeria and Afghanistan, possibly the two most corrupt countries in the world," he then added.

He later called his remarks an "inadvertent error," but the scandal started brewing immediately. Representatives for the Embassy of Afghanistan in London said that the fight against corruption was one of the main priorities for Afghan President Ashraf Ghani. "We have made important progress in fighting systematic capture in major national procurement contracts and are making progress on addressing institutional issues as well as issues related to impunity... therefore calling Afghanistan in that way is unfair," Afghan diplomats said.

President of Nigeria Muhammadu Buhari reminded that London was in no hurry to return the stolen assets of Diepreye Alamiyeseygha (former governor of the oil-rich Bayelsa Province), who was arrested in London on charges of money laundering in 2005, but was then released on bail.

It is worth mentioning other Nigerian officials: former presidential adviser on security Sambo Dasuki, former Nigerian Oil Minister Diezani Allison-Madueke, speaker of the Senate Bucolo Saraki. All of them had appropriated Nigerian budget funds and deposited them in London.

Presidents of both Nigeria and Afghanistan depend on the West a lot. Yet, Nigerian Senator Dino Melaye said that Cameron should apologize for his "reckless" and "insulting" remarks about the country.

"Nigeria, like many other countries around the globe, is corrupt, but corruption is like two-way traffic. The UK can not encourage and accumulate corruption revenues and then accuse others of corruption," the Nigerian senator said.

"We should not forget that by providing a safe haven for corrupt assets, the UK and its Overseas Territories and Crown Dependencies are a big part of the world's corruption problem," Cobus de Swardt, Managing Director of Transparency International said. In the ranking of corruption perception, Nigeria took the 136th place in 2015, while Afghanistan was ranked 166th on the list of 167 countries.

However, the rating that is made to reflect corruption in the public sector, is based solely on statements from American non-governmental organizations. The ranking is of political nature. For example, in 2015, Ukraine improved its positions on the list, having climbed from the 142nd to the 130th position. At the same time, "ardent fighter against corruption" Mikhail Saakachvili has repeatedly said that Ukraine has never seen so much corruption even during the presidency of Viktor Yanukovych.

Many accused British PM David Cameron of hypocrisy. On April 3, it was reported that the father of the sitting British Prime Minister Ian Cameron headed an offshore fund that was set up during the 1980s to help wealthy British people avoid taxes. The current Prime Minister of the United Kingdom and his wife used the services of the fund too. In addition, journalists found that more than a half of the companies that appear on the Panama Papers were opened in an offshore of Britain's Virgin Islands.

"Dirty money goes to financial centers in the West, particularly to London, - Yury Solozobov, political scientist and director of international projects of the Institute of National Strategy of Russia said in an interview with Pravda.Ru. - A half of GDP of corrupt countries goes to offshore funds. There are offshore companies on Britain's Virgin Islands and other former British territories; dirty money is laundered through real financial institutions, including in London. London is not interested in eradicating corruption, nor does it want to eliminate the offshore system.

"The West has built a very simple system to corrupt developing countries. They keep the heads of developing countries on a short leash, giving them money that needs to be returned either to the IMF or the World Bank through some other structures," the expert said.

According to Yury Solozobov, hypocrisy is the calling card of British imperialism and British elite as such. "This is what they teach at all aristocratic schools and all British universities. If you are not a hypocrite, you can never make a career," the expert told Pravda.Ru.