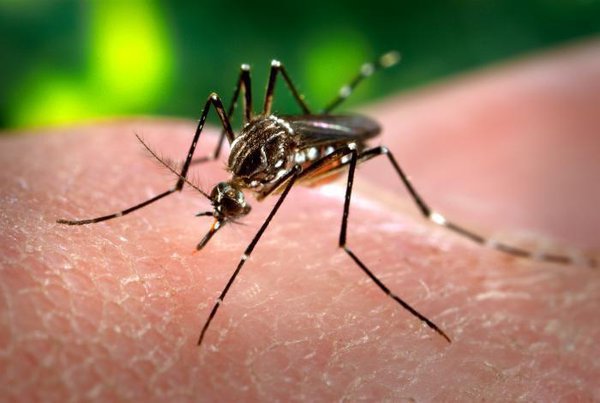 In a special interview with the Brazilian Instituto Humanitas Unisinos, researcher Professor Dr. Lia Giraldo da Silva Augusto speaks about the dangers posed by Zika, Dengue fever and Chikungunya and what needs to be done to create an efficient mosquito vector control in Brazil in particular and in the world in general.

Lessons for the USA to learn in advance

Dr. Lia Giraldo da Silva, Professor of Medicine in Brazil and expert in public health, claims in a special interview with IHU in Brazil that the war against the endemic diseases Dengue fever, Zika fever and Chikungunya is unsuccessful and worse than this, an uncoordinated approach can even be more harmful to humans.

Among her concerns is the use of the organophosphate insecticide Malathion, which she states is poisonous and harmful to humans and to the environment. She adds that rather than calling the mosquito "the enemy", humans should look at their own habits which help the mosquito to breed and to become resistant to insecticides.

For the researcher, the robustness of the mosquito Aedes aegypti, which carries these diseases, and its resistance to chemical products means that this approach is unsuccessful. Lia Augusto da Silva considers that there are alternatives, namely an approach which would modify conditions which allow mosquitoes to breed, rather than poisoning the environment and creating super-resistant insects and larvae.

First and foremost, there must be a coordinated response and approach:

The need for a coordinated approach

The federal, state and municipal authorities must monitor and report the situation regarding the differential diagnosis, treatment and behavior in the population affected so as to gauge whether a disease is endemic or epidemic and to follow any mutations, studying also how a disease enters a community, how it gets dispersed and what options there are to the health authorities to plan prevention and control.

Secondly, an approach based on vector control (control of means of transmission) which passes by using chemical and biological agents on mosquitoes, without studying their effect on the population or environment adequately, cannot work, because it has not. Dengue has been around for centuries, but it is still endemic.

To what extent is the problem larvicides and not Zika itself?

As for Zika, little is known, except that it entered Brazil in 2014 and was initially considered as a mild form of Dengue. Now with the onset of microcephaly, people are regarding Zika with more concern. The researcher states that the first 600 suspected cases of Zika were identified in the area around the city of Recife in North-East Brazil, in the poorest and most deprived areas "where there is intermittent supply of water and poisoning with the use of larvicides".

For Professor Augusto da Silva, a contingency which focuses on breeding sites, stopping the mosquitoes from breeding rather than trying to attack them once they have bred, with poisons, would make more sense.

Another topic she approached in her interview was the effect of unknown factors on mosquito-borne diseases, such as chemicals in the environment and in foods.

"From a clinical point of view, a virus, such as dengue, was previously benign and there have been clinical cases with complications whose reasons are not well understood; the immune system of people may be affected by environmental and food issues. Among these variables, we can hypothesize that intensive use of insecticides in the home environment and the use of larvicides in the drinking water of these people may also be part of this vulnerability". She added that "On this, we know very little, because they do not do studies to assess the damage of the vector control model on the health of populations exposed to the use of these chemicals, for example Malathion, which is a potential carcinogen".

She stated also that larvicides have been introduced in the drinking water for the last 40 years, and insecticides for the last three decades. "This model has not prevented the spread of the mosquito, the entry of new serotypes of Dengue and other different viruses, nor the aggravation of Dengue, which was once benign and today presents a high frequency of serious medical complications".

Another factor to be taken into account, according to the expert, is the use of vaccines, such as that used against H1N1, which can lead to Guillain-Barré syndrome, for example.

According to Professor Lia da Silva Augusto, a mechanical cleansing of breeding grounds may prove more effective, stopping the mosquito population from appearing rather than treating the problem using chemicals once they have appeared - when there is a lack of proper studies of the effects of these products on human health. Maybe this is the reason why Dengue has started to become far more dangerous and who can say that Zika will not mutate in the same way?

Let us remember that a second infection with Dengue can turn into hemorrhagic fever. And let us not forget that the Florida health authorities have started to predict that Zika may enter the United States of America this Summer.

Translated into English from the Portuguese version of Pravda.Ru by Olga Santos

Original report on the interview made by

Lia Giraldo Augusto da Silva has a degree in Medicine from the University of São Paulo - USP, Master in Clinical Medicine and PhD in Medical Sciences from the State University of Campinas - Unicamp. She made specializations in Pediatrics, Public Health, Occupational Medicine, Epidemiology and Psychoanalysis. She is currently a professor at the School of Medical Sciences, University of Pernambuco - UPE and retired researcher at the Oswaldo Cruz Foundation - Fiocruz, and continues to integrate the permanent staff of teachers.

She is an associate professor at the Universidad Andina Simón Bolívar - Quito, Ecuador. Also, she works on several fronts for the field of public health, such as the Thematic Group Health and Environment of the Brazilian Association of Collective Health - Abrasco, Brazilian Network for Environmental Justice - RBJA, Permanent Campaign to Combat pesticides and life, and Pernambucano Forum on Fighting the effects of pesticides.