Russia named world's only country to increase arms sales in 2014

Russian companies of the military-industrial sector were the only in the world that managed to increase sales in 2013 by 20 percent, a report from the Stockholm International Peace Research Institute (SIPRI) said. The report that was published on Monday analyzed the state of global arms trade. The turnover of the world's largest 100 arms manufacturers totaled 402 billion dollars. According to the report, the volume of sales of leading manufacturers and sellers of arms has declined for the third consecutive time, having dropped by two percent during the above-mentioned period, while a year earlier the indicator made up 3.9 percent. 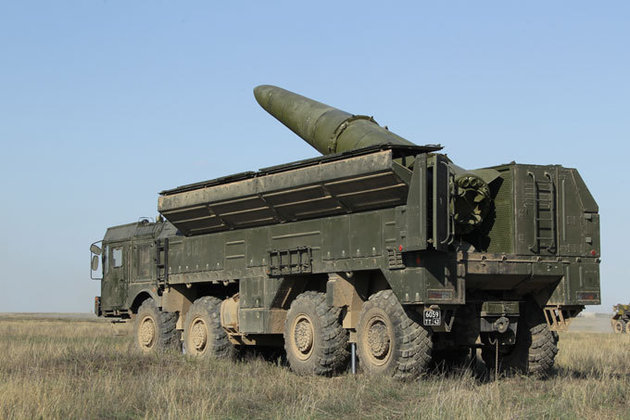 According to the SIPRI, the overall decline in arms sales is associated with increased activities of the Russian defense industry, as well as with new players on the market. The decrease in the arms exports that the United States and several European countries have shown can be explained with the withdrawal of NATO mission from Afghanistan and Iraq, as well as with the reduction of defense budgets. A significant increase in Russian arms sales was the result of the government's continuous investment in the 2000s to modernize production and arms to reach the level of Western countries, the report said. Noteworthy, the report does not take account of Chinese companies due to the shortage of reliable data.

The top hundred of world's largest arms manufacturers includes ten Russian companies - one more than the year before. According to experts, last year, they accounted for 20 percent of total arms and services produced by the top 100 companies, which made up 31 billion dollars. In 2012, the export growth of the Russian military-industrial complex was even larger and amounted to 35 percent.

The biggest growth was indicated for LLC Tactical Missiles Corporation - 118 percent. The list continues with Almaz-Antey (34 percent) and the United Aircraft Corporation (20 percent). Constellation Concern that specializes in the production of communication systems came tenth among the list of Russian companies in the first top hundred of arms manufacturers. The company climbed from the 109th to the 89th place.

According to the report, US and Canadian defense companies continued reducing exports in 2013. As for the countries of Western Europe, French arms traders showed a slight increase in arms sales. British companies remained on the same level; the sales of Italian and Spanish producers dropped. The greatest decline in arms sales, according to the report, took place in Italy (15%) and the USA (5%).

The share of global arms sales outside North America and Western Europe has been growing since 2005.

The SIPRI report separately analyzed the category of "new suppliers" that entered the top 100 in 2013. It goes about companies from Brazil, India, South Korea, Singapore and Turkey. In general, new suppliers account for only about 3.6 percent of sales volumes. At the same time, the growth of some of them was impressive. For example, Korean Aerospace Industries of South Korea gained 13 percent to its sales.

At the same time, Russian defense officials said that the real volume of sales of Russian arms manufacturers was even higher than the data indicated at the SIPRI report, the Kommersant newspaper wrote. "They use information from public sources, while we rely on closed, sometimes secret information," an official told the newspaper.

Russian military experts told the newspaper that in 2014 they did not expect a change in the current trend. However, Russia's arms sales may drop in 2015 as a result of Western sanctions and budget sequestration.

Meanwhile, the Kommersant, with reference to a source close to the government of the Russian Federation, reported that Moscow was not going to sign the Arms Trade Treaty that was to come into force on December 24.

The Treaty was adopted by the UN General Assembly last year. The document regulates the sales of tanks, armored vehicles, artillery systems, fighter jets, helicopters, missiles and rocket launchers, as well as small arms and light weapons. According to Russian officials, the document was "underdeveloped."