COP 21: A hollow victory or a Day to Remember?

Since the Earth Summit in Rio de Janeiro, Brazil, in 1992, there have been twenty-one Conferences of Parties - Paris is COP 21 - which to date have established agreements, while little was done in concrete terms to reduce emission of Greenhouse Effect Gases. Why is COP 21 different? Or is it? 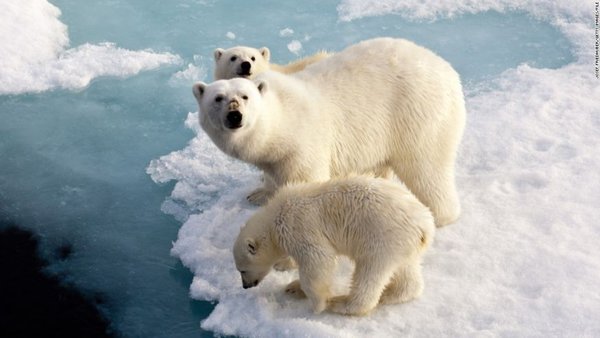 Global warming. Melting Polar ice caps. Rising ocean levels. Massive flooding. Shorelines receding tens or hundreds of kilometers. Whole countries disappearing. Flood and drought cycles. Famine. Catastrophe. Climate Change. Let there be no doubt that events of this magnitude being the world together and make us all forget our petty differences which see us squabbling and bickering day after day.

Before we start to examine COP 21 in Paris as a global event, we should see that the theory that Greenhouse Effect Gases cause global warming is refuted by many; there are other theories, namely Professor Milutin Milankovic's theory of the Earth's Tilt creating ocean currents which shape the climate in 41,000-year cycles; there is other evidence, namely that a general curve of global warming and cooling can be observed over the last 400,000 years.

However the buzz-word of the moment, and the generally accepted theory among environmental scientists, is that the emission of GEG in general, and Carbon DiOxide in particular, causes solar rays to be trapped inside the Earth's atmosphere, in turn creating the Greenhouse Effect which leads to global warming, with the ensuing meteorological consequences.

COP 21 in Paris has been hailed as "historic" by UN Secretary-General Ban ki-Moon, who also called it a "victory", "a decisive turning point" and "the most significant action in years".

So what happened in Paris? The agreement covered all the crucial areas deemed necessary for what campaigners had termed a "landmark decision", namely mitigation, transparency, adaptation, correcting loss and damage and support.

Mitigation is about reducing emissions sufficiently fast so that the temperature goal (keeping warming up under 1.5 degrees Celsius by 2100) can be achieved; transparency means setting up a system where stock-taking can be performed and figures released worldwide; adaptation involves augmenting countries' ability to handle climate impacts; correcting loss and damage means augmenting the ability to recover from climate impacts and support includes finance available for countries to invest in clean and environmentally friendly and sustainable projects for the future.

195 parties gave their pledge in a binding agreement to curb GEG emissions and made a commitment to take collective action to maintain temperature rise under 2 degrees Celsius and to pursue additional efforts to reduce the increase to 1.5 degrees, holding regular meetings every five years starting in 2018 to check progress and make any changes.

What was signed on December 12 was a monumental agreement, true. It was the first time all nations of the world signed a collective binding agreement and the first time that everyone without exception "got serious" about using fossil fuels and cutting down forests indefinitely.

At best, the most optimistic comment would be "so far, so good".