Scientists and diplomats  debated the urgency of changes in the Earth's climate to guide the world's policymakers. 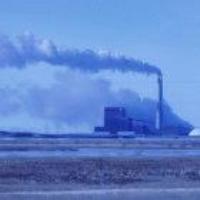 In closed-door meetings, delegates from more than 120 countries argued over revisions in a 21-page draft text, in one case highlighting how global warming will reduce staple crops in countries such as China and India, where millions of people could go hungry.

The delegates slogged through line-by-line approval of the report on how the climate has changed and projecting future scenarios, from the extinction of frogs to the likelihood of more fierce floods and storms.

The conference is due to release the authoritative text Friday at 10 a.m. (0800GMT). Traditionally early sessions move slowly until the delegates begin feeling deadline pressures, and delegations prepared to meet well past midnight Wednesday and Thursday nights.

Talks snagged in the first several paragraphs over a key sentence that set the tone for the whole report. With 90 percent confidence, the draft says: "Many natural systems, on all continents and in some oceans, are being affected by regional climate changes, particularly temperature increases."

Some countries disputed the level of confidence attached to the statement, and wanted either the wording toned down or the level of certainty reduced, delegates said. The issue was handed to a small "contact group" to resolve.

The United States, which has refused to coordinate action to curb greenhouse gas emissions with other countries, was playing a low-keyed role so far, said delegates on condition of anonymity because they were not authorized to speak to the media.

"We have made too little progress so far," said Hans Verolme, of the World Wildlife Fund for Nature, or WWF, who is attending the sessions.

"We want to make sure that what comes out in the end is crisp, well structured and understandable to the layman," he said.

R.T.M. Sutamihardja of Indonesia, said one difficulty was juggling the interests of each country in weighing the impact of climate change.

"If we want to include everything, we would need a bigger map," he told The Associated Press outside the conference room.

The report stressed that climate changes will have a more devastating impact on poor countries _ and poorer citizens within rich countries _ which are less capable of adapting to shifts in weather patterns.

Many of the regions expected to be worst affected already suffer severe water shortages and hunger, which will only get worse, the final report is to say, while some parts of North America and Europe will benefit in the short-term from milder winters and longer growing seasons.

The report is a synopsis of a more than 1,400-page assessment by the Intergovernmental Panel on Climate Change, with contributions from more than 1,000 of the world's leading climate experts, on the impact of global warming and the vulnerabilities of economies, ecosystems and human health.

It will be presented at a Group of Eight leaders summit in June in Germany, during which the EU will press President George W. Bush to sign on to international talks to cut emissions.

It also will be the basis for a major conference in December in Bali, Indonesia, to set an international framework for controlling the emissions of carbon dioxide after 2012, the expiry date of the Kyoto Protocol, which mandates emission curbs for industrial countries.

It is the second of four reports by the climate change panel. The first, issued in February, updated the science of climate change, concluding with near certainty that global warming is caused by human behavior.

Six years in the making, the panel's latest assessment is based on scientific data on changes that already have occurred, including changing bird migrations, the earlier appearance of spring in temperate climate zones and the bleaching of tropical coral reefs from warmer sea water.

New reports appear almost daily. On Wednesday, scientists at the U.S. National Snow and Ice Data Center at the University of Boulder, Colorado, announced that the area of ocean covered by ice last month was the second-lowest in recorded history, beaten only by the March 2006 record.

Walt Meier, a scientist at the center, said the Arctic sea report was a "milestone in a strong downward trend" reflecting warmer Arctic temperatures.