The main aim of the Conference of Parties to the UN Framework on Climate Change is to reduce global warming to two degrees Celsius. Paris hosts the XXI COP, reviewing implementation of measures annually. Is climate change Man-made or is it cyclical? Do the exhausts of the limousines make a greater contribution to change than the meetings? 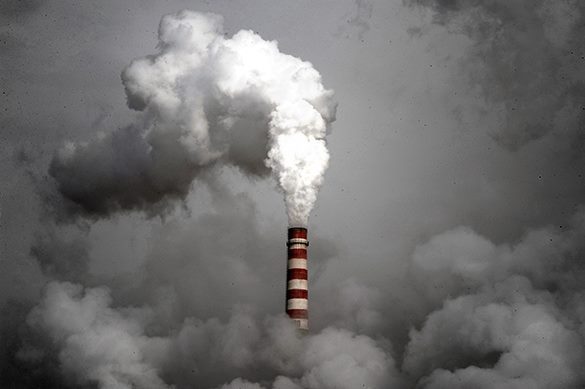 To what extent is climate change cyclical?

In 1920, the Serbian geophysicist Milutin Milankovic was already presenting a plausible cosmic cause for temperature variation and climate change. Before El Niño and La Niña warped out of the Oceans and morphed into the Carbon Theory, the Ice Ages came and went, wine-making used to be common in Northern England.

An examination of the data over the last 400,000 years indicates a direct correlation between temperature rises and increased natural emissions of CO2, with peaks and troughs occurring roughly every 50,000 years, the high and low Carbon Dioxide concentrations in ppmv corresponding directly to temperature rises and falls. If we accept the methods used to measure these fluctuations, there seems little room for doubt.

Milutin Milankovic (1879 - 1958) dedicated his scientific study to the effects of cosmic cycles, ocean currents and plate tectonics on climate change and his closer examination of the fact pointed towards the existence of changes in the cycle of the Earth's tilt every 41,000 years, which enabled him to predict changes in temperature (and climate) with remarkable accuracy. The theory is based on the fact that planet Earth does not sit on a unique axis but tilts to the left and right in precisely-timed cycles.

Other studies indicate a correlation between peaks in temperature and 11-year solar flare cycles and their corresponding knock-on effect on ocean currents and thermal flows, the effect of water vapor being far more significant that CO2; the fact is that the Arctic ice cap has melted before; the emissions of methane gases from animals being far more voluminous than human GEG.

There is, however, one alarming piece of evidence. Temperature records over the last 400,000 years show a more or less constant curve developing over cycles which would go hand-in-hand with Professor Milankovic's theory on the Earth's tilt. Until around 1800, when there is an exponential spike. While this might be explained by the fact that the smooth line of a graph is the summary of positive and negative spikes, it is also true that the timeframe coincides with the Industrial Revolution and the massive burning of fossil fuels.

One generation of hot air

The Rio Earth Summit of 1992 (Rio Convention) adopted the United Nations Framework on Climate Change (UNFCCC) which set forth a framework for stabilizing atmospheric concentrations of Greenhouse Effect Gases, the Conference of Parties, now 195 countries strong being an annual event which discusses the implementation of the Convention.

The first Conference of Parties, or COP; took place in Berlin in 1995 which outlined specific targets on emissions; COP 3 in 1997 produced the Protocol of Kyoto, in which general outlines for emission targets were produced. COP 15 in Copenhagen in 2009 exposed some serious divisions between the haves and the have-nots. Denmark's COP 15 was, in fact, the epitome of selfishness, one of the most remarkable performances in collective ineptitude the world has ever witnessed, quite apart from a sinister development amid the Nazi-style catastrophic handling of the Climate Change Summit by the host, Denmark.

This was an attempt by the "haves" to pass a document purporting to have a general consensus which had wholly and utterly excluded the "have-nots". In this case, we saw a clear example of the anti-democratic nature of this kind of skullduggery, the tried and tested modus operandi of the proto-Federal entity called the European Union. It was only the vehement protests by the representatives of Cuba, Venezuela and Bolivia, along with Sudan, that carried the day and made sure the voice of the G-77 was not only heard, but that the Southern Hemisphere has its place at the table as a participant, not in the stalls as a bullied bystander and ostracized onlooker, which the "more developed nations" had tried to push through in a closed-door session excluding the "developing nations".

In 2011, Canada dropped out of the Kyoto Protocol and today in 2015, a generation after Rio, we stand on a clifftop where nobody knows in fact what causes global warming, nobody knows for sure whether it is cyclical or not, nobody can agree on a common strategy. A greater contribution to climate change is made by the exhausts of the limousines at such Summits than by the participants and hot air produced in the heated chambers of discussion and around the table after dinners.

Or will they? Perhaps not because there will be no future generations if we continue like this. But then again, I doubt whether Mother Earth would shed a tear.