UK to Strike Islamic State in Syria: The debate

Once again, the United Kingdom has decided to enter the fray alongside the United States of America, and in this case France, carrying out a bombing campaign in Syria against Islamic State targets. For those who start to cheer, let us examine the difference between Western and Russian policy. 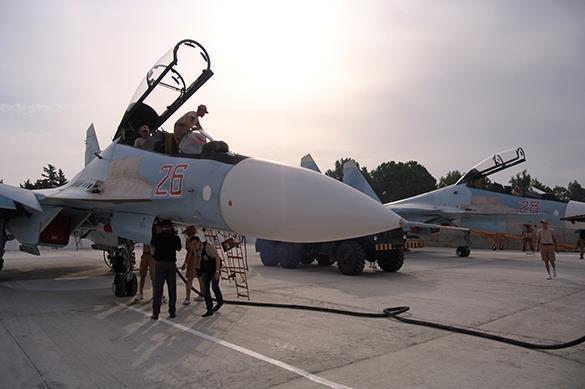 The territory held by Islamic State has not reduced significantly since western bombing raids began and as the UK decides to enter the Syrian theater of the campaign (it is already involved in Iraq), London places itself on the radar for a terrorist strike.

Boots on the ground, but whose?

Therefore, the bottom line is that without boots on the ground, and without substantial forces to retake positions occupied by Islamic State, there is no way a sustained bombing campaign can make any difference. The reason why is because defending troops and assets, knowing there are drones and planes in the skies, do not concentrate. Policymaking is done from tablets and laptops, not in offices. You can blow up a building. But with nobody inside it...

True, Islamic State's potential to finance itself by selling oil to Turkey can be curtailed with sustained attacks on tankers and true, the leadership can be kept running. But this does not prevent a terrorist strike occurring in Europe carried out by European sympathizers of Islamic State.

On the other hand, Russia's anti-terrorist campaign is targeted at terrorists, a terrorist being a person who takes up arms against the legitimate government of her/his country, and while the West considers the Free Syrian Army and the myriad of dubious groups it represents as little darlings (as it did the Kosovo Liberation Army, turning a blind eye to organs traffickers, murderers and torturers), the FSA is in fact another terrorist group.

FSA - another terrorist group, nothing more or less

In this case, considering the Free Syrian Army as the force to provide the boots on the ground along with the bombing campaign is another mistake. We saw what siding with terrorists produced in Libya - and the FSA is porous enough to include elements close to Al-Qaeda, and others on the borderline with Islamic State.

The right party to bolster up at this time is the legitimate Government of Syria, namely the Government of the democratically elected President, Bashar al-Assad and the right boots on the ground are the Syrian Arab Army which is retaking land after Russian counter-terrorist operations destroy targets.

Surely, if the West is serious about doing the right thing, the right thing is to support a democratically elected Government and show some respect for the authorities and agents of authority - soldiers, police and emergency services, which have had to cope with a terrorist scourge to a great extent created by the West and its lackeys in the Middle East in the first place. If al-Assad is firm, yes he is. In that part of the world you get nowhere by pussy-footing around. Saddam Hussein provided another lesson that the West failed to learn from.

A quick Google search will provide the reason for western intervention in the first place: Syria has oil, unexploited oil fields. However, nobody will get to the oilfields while Islamic State sits on them, not even the Syrians themselves to whom the oil belongs. So rather than showing differences, it is time for the West to sit down with Moscow and listen to what Russia has to say. While the West's recent foreign policy has been unilateral and disastrous, Moscow's has respected international law and has been coherent.

Moscow was not in favor of lying to create a casus belli in Iraq and then destabilize the State, setting up the breeding ground for Islamic State to appear. Moscow did not carve the heart out of Serbia and create a narco-terrorist entity, Kosovo. Moscow did not carve up the Balkans and unleash rivers of blood in a complex area which few outside the region will ever understand. Moscow did not side with terrorists in Libya. Moscow has always sought to counter terrorist operations in Syria.

So by creating the conditions to remove the point of equilibrium, President al-Assad, the West is contributing to creating greater chaos which will have a boomerang effect. Islamic State will not simply disappear overnight. Sooner or later it will begin a diplomatic campaign towards Statehood, while at the same time there are plenty of marginalized young persons in the UK and France especially, to carry out more "revenge" attacks on what they perceive as an evil civilization.

And sooner or later, though I hate to say it, the attacks will not be with Kalashnikovs or petrol bombs, but engineered biological weapons or toxins, poisoning a water supply, poisoning the supply of milk to a school network or worse, or targeting the air condition units of a massive transportation hub with a pandemic agent.

Not wishing to spread scare stories, an informed and alert public is much more effective than a dormant one. If the UK is serious about entering this battle, it should use its (little) influence with France and the USA to launch a concerted strategy alongside Russia, supporting the Government of Syria.