Earth begins to kill people for changing its climate 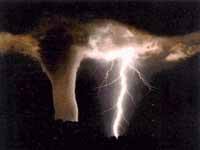 Earth begins to kill people for changing its climate

Rob Vos, the director of the Development Policy and Analysis Division of the Department of Economic and Social Affairs (DESA), said that the number of natural disasters taking place in the world nowadays has quadrupled in comparison with the 1970s. The disaster-related economic damage has increased at least seven times.

The authors of the report delivered at the UN headquarters in New York at the session of the UN Economic and Social Council did not specify the reason why natural disasters started happening more frequently in the world today. They said, however, that the frequency of catastrophes could be linked with the global climate change. It was also said that the death toll in developing states exceeds the number of casualties in developed states 20-30 times.

“The consequences of disasters become more and more destructive, whereas the countries are unable to overcome them effectively without the assistance from the international community. We believe it is necessary to set up a foundation to help the victims of natural disasters with the budget of 4 or 5 billion dollars,” Vos said.

The official added that all existent humanitarian projects including those conducted under the UN aegis are mostly aimed at overcoming consequences rather than preventing them.