In the aftermath of last weekend's bloodbath where alleged ISIS terrorists slaughtered 129 innocent French civilians while injuring and maiming hundreds more on a terror filled Friday night in and around Paris, President Francois Hollande, declared three days of national mourning. 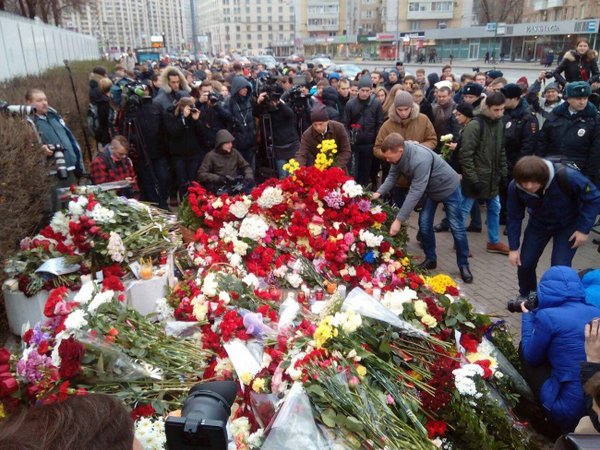 Not long after the attacks, Hollande took to the airwaves. Instead of comforting his citizens many of which were still shocked and gripped by fear, Hollande addressed France's parliament. Ostensibly, Hollande had much more information to convey other than the expected calming and reassuring message to a nation struggling to comprehend what happened. Meanwhile, 2,000 miles eastward in Antalya, Turkey, many of the world's leaders gathered for the annual G20 Conference.

No doubt the G20 attendees were also shaken by the sudden destruction and loss of lives wrought on the innocent French people. Against the resplendent backdrop of the Palace of Versailles, Hollande began by conjuring up poignant images of France's illustrious history. Many of his references harkened back to the third Republic's beginning in 1890. Conspicuously absent though from Hollande's oratory was any mention to the Republic's very origin: the revolution.

To wit, the coming of the 'Age of the Citizen' was steeped in much noble blood. Many aristocrats lost their heads to the guillotine during France's dark period infamously known as the 'Reign of Terror'. The timely mental lapse though did not alter the scope and national fervor of Hollande's speech. No, sir. France's President launched straight into the Republican precepts: Liberte! Egalite! Fraternite!

If Hollande intended to assuage the victims' families as well as assure the citizenry that that they were indeed 'safe' his word choice was nothing short of obtuse. Once proper context has been provided and the veil lifted we can glean the real truth about French society.

Let us consider all three platitudes, one at a time. One's freedom like anywhere else in the West, though enshrined in the Universality of Rights, is not certain. In France, liberte is much more a function of wealth. In fact it is proportionate. The more you 'earn' the more at liberty one is to leave France after the Socialists' latest tax increase on income. The majority of French workers remain as indebted servants; just like the rest of the West. In case you were wondering, French nobles are still extant. They are even wealthier. Citizens call them Eurorats. Egalite under the law and Constitution sounds good but equality is far removed on the streets of Marseilles. There mired in poverty, on France's Mediterranean port city, Muslim immigrants begin their onerous trek to the City of Lights, Paris.

En route, if they do not chose a criminal life and join any one of the ubiquitous gangs, disenfranchised Arabs take on menial jobs. Those low wage jobs come with a high cost: youth are compelled to join militant groups. Here is proof. Hollande's predecessor, Sarkozy, complicit in the murder of sovereign leader Muammar Gaddafi, for his spearheading the aerial bombardment of Libya during NATO's regime change frenzy born of the Arab Spring, was at last confronted with the lack of 'egalite' at home. It came in the form of impoverished and unemployed Muslim youth who almost reduced Citadel Paris to ashes. Fraternite too these days is rarer than finding a pink diamond. Moreover, in France, brotherhood especially the kind where one's nationality is respected despite one's ethnicity exists more in the liberal mindset, than in practice.

Just ask former football legends Thierry Henry and Zinedine Zidane how welcome they felt being born 'French' from immigrant colonial parents. Both men have since recounted in public the many incidents where they were subjected to racial taunts on and off the football pitch. The French press was quick to suppress the racism. In France, football always prevails as the cover story. Across the Mediterranean, the U.S. President sensed opportunity. Not to be outdone by Hollande's grandiose State of the Republic soliloquy, Barack Obama waxed French solidarity as did the G20 'leaders'. In an overt show of hubris not only did he also invoke liberte, egalite, and fraternite, Obama's teleprompter added a fourth, Jeffersonian platitude: the pursuit of happiness. Surprised that the machine did not plead a fifth: Play golf Gallia. Yet weeks prior after a terrorist's bomb downed a Russian passenger jet over Egypt killing all 200 aboard, Obama and his teleprompter went mum. Offstage Obama even joked about the 'tragedy'. Begs the question: Where does the MSM get the gall to refer to Obama as 'leader of the free world'? Sounds like another platitude; an altogether meaningless one. If polled, the world's citizens would decry: The free world has only one real leader. His name is Russia's president, Vladimir Putin.