Trump offers US to adopt refugees, as “they live in hell”

The US Presidential candidate from the Republican party Donald Trump commented on the refugees problem in Syria. 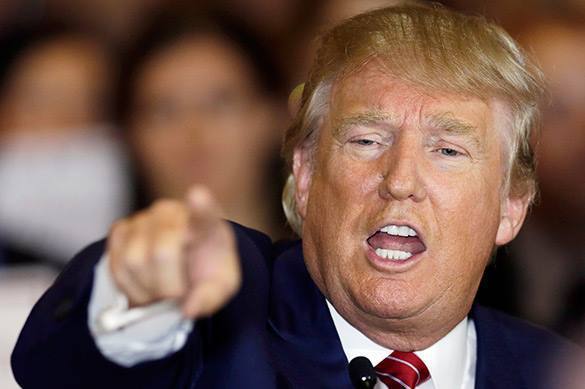 He claimed that the US should assist in this forced migration of the Syrian residents, as "they live in hell".

Donald Trump added that Washington should provide Damascus with necessary humanitarian aid and assist in the crisis settlement in the Middle East.

Pravda.Ru reported that the US embassy representatives in Greece demanded the country to close its air space for the Russian planes delivering humanitarian cargoes to Syria via this territory.

Athens refused to do it, but the Bulgarian Sophia supported the US initiative and closed its air space for the Russian humanitarian flights to Damascus.

Vladimir Evseev, director of the Social and Political Research Centre commented on the US acts in this case in an interview with Pravda.Ru.

"The US supports so-called moderate opposition, which is actually a radical one. The Americans started threaten Bashar al-Assad with the fact that the US will shell the Syrian army, if his army attacks the opposition. If Russia for example delivers anti-aircraft defence equipment to Syria, the US will not be able to shell it with impunity. So, they try to impede deliveries of such systems," Evseev noted.

"The case is not how to fight the IS, but how the US tries to prevent Russia from their backing Islamites to remove Bashar al-Assad," the expert exlpained.