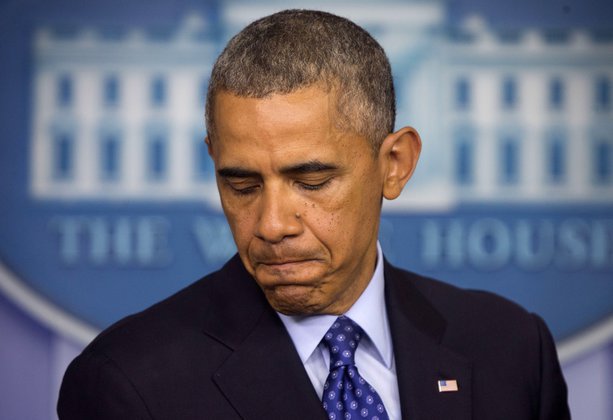 Can the world understand the evil of an American alliance and the consequences of an irresponsible diplomacy inspired by neocons or nutty professor Brzezinski?

The answer is yes, except so far in Paris and Berlin.

Vladimir Putin is a friend of Syria and Iran, and he has become a friend of Iraq and Egypt. He could oust bellicose Washington from the Middle East. What an example for Europe! Instead of strategy of tension, hatred and murder arming chosen terrorist gangs, we would have a world not threatened by American caprices (even if the caprices, in front of Russia, China and the rest of emergent world suddenly look bleak, impotent). American 'exceptional vocation' has so far sown disaster in Ukraine, as well as in Northern Africa, Middle-East or earlier in Vietnam.

Dov Zakheim, a former official of the United States government, is a renowned Zionist personality and an American scholar.  He retired as a Senior Vice President of Booz Allen Hamilton in 2010. He currently is a Senior Fellow at the CNA Corporation, a Senior Advisor at the Center for Strategic and International Studies.

Recently he has challenged American elite by writing these excellent lines in The National Interest:

"It appears that a significant portion of the Washington policy community is dismissing Russia's Vladimir Putin either as merely a tactician, rather than a strategist, or as President Obama would have it, a fool who has injected his forces into a quagmire. Neither assertion reflects the reality that is Russia's position in the Middle East today."

And he observes - as if he knew the blindness of an arrogant and incompetent American Administration tricked by its distortion and narratives:

"While everyone acknowledges that Putin wants to retain Russia's presence in Syria, few realize that Moscow is in a considerably stronger position in the Middle East than the Soviet Union ever was."

Then Dov Zakheim reminds an excellent and forgotten fact: the good relations between Russia and Israel.

"Lastly, Russia has excellent ties with the most powerful state in the Middle East, namely Israel. Moscow and Jerusalem have become increasingly close. When he was foreign minister, Avigdor Liberman was a "frequent flyer" to Moscow and continues to maintain a direct line to Putin. As with Egypt, trade between the two countries continues to increase, including trade in armaments."

Does this mean that Putin is not the new Hitler denounced by harpy Hilary Clinton?

Even if some Israeli officials disagree with Russia on Syria, they know the skills of Russian diplomacy; and its efficiency too. And Mr Zakheim underlines the fragility of inefficient and dangerous States as Saudi Arabia and Qatar - that have become the best buddies of disastrous French and British governments:

"Putin has essentially covered all his flanks in the Middle East, other than Jordan and the Gulf states, but none are likely to have any negative impact upon his pro-Assad intervention. Jordan has studiously avoided getting enmeshed in the war and has instead focused on maintaining order in the face of an influx of a million Syrian refugees. While the Gulf States are still providing funds to the Syrian opposition, they are themselves caught up in the Yemeni conflict. In particular, Saudi Arabia, the most powerful southern Gulf state, is in no position to do much about the Russian intervention. It is caught up in a quagmire of its own, in Yemen, faces an increasingly challenging fiscal crisis, and may also be wracked by dissension within the royal family."

And he adds definitely:

Finally, Syria may not prove to be the "quagmire" that President Obama seems to hope it will be.

Nobody can trust America anymore, and everybody knows it, even in Western Europe where agent Juncker pleads for less infeudation to the boss!

Finally these weeks we assist at the emergence of a new world order based on peace and cooperation and on the punishment of the bad guys - and not their protection assured by Washington, Ankara and Riyadh, and the predictable dumbness of media. All we can hope is that the shrewd observations made by Mr Zakheim reflect the options chosen by Israel and a growing part of the elite. I already pointed that maverick Donald Trump wants to be both a friend of Russia and Israel.

I shall quote Nietzsche on this matter (Beyond Good and Evil, §251):

"The Jews change, if they change, only in the way the Russian empire makes its conquests (being an empire that has time and was not made yesterday): namely, according to the fundamental principle "as slowly as possible!" A thinker who has Europe's future on his conscience will, in every sketch he draws of this future, consider the Jews, like the Russians, to be the most certain and probable factors at present in the great play and struggle of forces."

This is chess playing, Mr p-president!

Why Putin is finally dethroning Obama

We are still in WWII that America will never stop

Author`s name Nicolas Bonnal
*
Topics syria
14:50
Number of foreign mercenaries in Ukraine continues growing
14:17
Russians buy more than 50 tons of gold in 2022
13:57
Russia will not talk to Ukraine. Russia will talk to the West
13:34
USA's plan to give 20 percent of Ukraine for peace hoax
12:51
Medvedev: Ukraine as a state to be devastated, go bankrupt and be turned into colony
18:34
Biden changing strategy on Ukraine to reach diplomatic solution with Russia
13:35
USA's next step is to suppress European economies
12:28
Moscow wants to push Ukrainian troops away from Russian territories
19:55
US eco activist arrested for walking calf on Red Square
19:06
Putin speaks about the shelling of Russian regions
Ukrainian forces suffer heavy losses while trying to cut across Dnieper