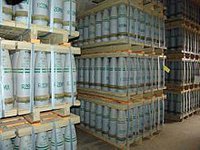 I read no more French press; it assails my intelligence and my sensibility to style and finesse. The decline of the thought has accompanied in France the decline of the country. Yet some friends have told me to read an interesting article and its comments. It was published last Monday (22/10) in Le Monde - the newspaper which has also become the shadow of what it used to be. The ill-written manifesto is a pamphlet in favour of more war against Syria, a former French mandate, and perhaps the rest of the world if the rest of the world doesn't obey the orders and the 11th commandment of the warmongers. We are used to think in France and in Europe that the political and social mess in Libya in a good thing, and that the political chaos in Egypt or in Syria, waiting for the atomic destruction of Iran, is a good thing too. Thirty million unemployed people in Europe are a good thing too, and one hundred millions poor and flaming suburbs are still a good thing. What won't we do to promote our democratic ideals! What won't we have to do to protect European democracy, the little defenceless Israel and the little unsafe America!

The manifesto has been signed by Bernard Kouchner, former puppet commander of Kosovo, a bunch of "fast-thinkers" and impostors auto-proclaimed philosophers (philosophy, how many crimes do we commit in your name!) and of course by infamous France's official intellectual, the man with 1000 dollars' shirts, insulter of a Russian minister, and eternal despiser of French culture (labelled racist, anti-Semite, bigot and so on), Bernard-Henry Levy. It proclaims that Mr Assad's regime has opened its jails and so manipulates the Mujahedin and mobsters, and that in fact Mr Assad kills twice the resistant people of Syria: first because he is a tyrant backed by Russia and China, second because he is a manipulator of the salafist mob! That is why the world needs a new crusade: for Mr Assad has threatened ethnic minorities in his country since a year and a half ago! Of course one will not explain thanks to whom these communities have so long coexisted in peace before, and why mob-controlled Arab Spring awoke anybody's hatred...

My readers have already understood why I don't read French press.

Since he is the richest writer in the world and has framed a network of docile servants and valets in Paris, Bernard-Henry Levy can write and publish and film whatever monstrosity, even nobody buys it: as we say in French, le ridicule ne tue pas, ridiculous doesn't kill. Ten years ago, our untalented warmonger had the nerve to promote a war against Russia in order to help Chechnya. He came everywhere to praise his dement war (I remember him on TVE, speaking in Spanish like... a Spanish cow).

Of course later his fast-think majesty and his Faustian court applauded Bush's insane wars, as they always insulted any Palestinian movement, as they now pretend that Libya (Levy inspired directly French intervention there) is a free and happy country! Who could challenge such arguments and such people? Mr Lavrov didn't comment insults and he was right. France has dishonoured herself, Voltaire, Tocqueville or even Sartre, listening to such lunatic and pedantic amusers. Yet it is of no use to lament anymore.

But I was invited by my Russian friends to read the comments, comments that can only be written by Le Monde's unlucky (or distracted) subscribers. And... what a shock! And what a surprise! Almost all comments protest the proposal of war, rather violently. There is a smell of rebellion, a smell of scandal; there is a smell of profanation! I turned perplexed for a few minutes: really, people in our ruined and depressed France don't want to send troops in Syria? Really, they say they don't want to assist mobsters in their persecution and extermination of Orthodox Christians and Muslim minorities? Really, people in France would ask instead for more rights for the Palestinians, despite the cowardice of their government? Really, people in France understand the meaning of our Europe and post-mortem democracy? Post-mortem Democracy which humiliates in Europe the right of the nations, which destroys their identity and their culture, which impoverishes their soul and their patrimony and know claims for a one thousand years of war everywhere? Even the readers of Le Monde understand that? But where are we?

Of course we have some useful idiots, some damned humanitarian beautiful souls who ask for an intervention before it is too late, IE before we have to go to war with Russia and China! As a great screenwriter said once, "a jerk is ready for anything; you will recognize him at this trait."

But let us not exaggerate. The French readers of Le Monde are not that happy with the mad agenda of our warmongers and petty philosophers. And that is a good beginning, even for France and the Middle East.