Why Putin is finally dethroning Obama 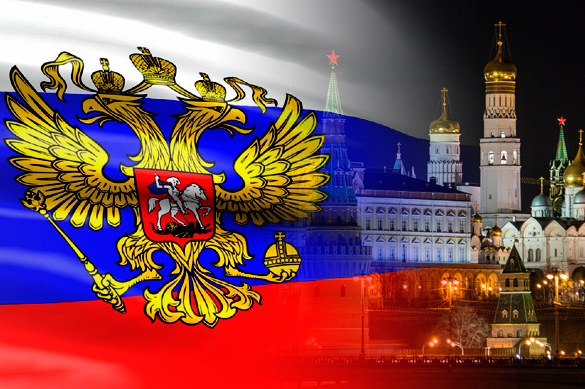 Russia is a regional power

The autumn of 2015: the decline of the United States becomes obvious with the Russian intervention in Syria, after four years of blood and chaos, after twenty-five years of barbarous and erratic New World Order. We do not know if Europeanvassals controlled by NATO, Goldman Sachs and Brussels are going to awake, but we can appreciate theses days an awakening of the public opinions. Will they get enough of their old idols?

Let us quote some enlightened Americans to understand what is going on here. Our friend Dr Paul Craig Roberts says:

"Last Wednesday (28 Sept 2015) the world saw the difference between Russia and Washington. Putin's approach is truth-based; Obama's is vain boasts and lies, and Obama is running out of lies.

By telling the truth at a time of universal deceit, Putin committed a revolutionary act. Referring to the slaughter, destruction, and chaos that Washington has brought to the Middle East, North Africa, and Ukraine, and the extreme jihadist forces that have been unleashed, Putin asked Washington: "Do you realize what you have done?"

Two weeks ago, another commentator wrote in Debka Files:

"The Russian aerial offensive marks a turning point in Middle East affairs. Russia is emerging strongly as the number one power in the region. The governments which hitherto coordinated their military police with the US, like those of Israel, Jordan and Turkey will have to reassess their orientation and affinities in a hurry. For Israel it is the end of years of freedom for its air force to strike its enemies from the skies of Syria or Lebanon. It also marks the end of any plans Turkey and Jordan may have entertained for setting up buffer and no-fly zones in Syria to protect their borders."

Of course, the American government could obey senile and risible senator McCain and wage Third World War in Ukraine, in Syria, in a campus... But is it not that simple. Western bad faith remains strong, even if (for instance) the French Press has changed her mind. In England too things are moving with Jeremy Corbyn, not to mention America where a repugnant political establishment is openly feared and despised.

Let us quote some other American writers, less Illuminati than the vociferous senator (does he live what Shakespeare called a second childishness?) but more awoken to logic and world reality. Daniel McAdams, of the Ron Paul Institute for Peace, the 1st October 2015.

"Rather than welcoming Russian efforts against ISIS and al-Qaeda, the US claims that unless Russia also focuses on removing the Assad government from power its efforts are "doomed to failure." The US claims to be concerned that the Russians are attacking the "moderate" Syrian rebels trained by the United States - but even US generals have admitted that group consists of a grand total of four or five individuals. So it's hard to understand the sudden concern. Each new batch of "moderates" the US churns out seems to defect to al-Qaeda or ISIS within minutes of deployment in Syria."

Last but not least, writes neocon commentator James Lewis, from the CSIS, a think tank that was proposing last semester a nuclear program worth of one trillion (but where does Janet find all that cash?) to spank both Russia and China:

"The Russians and Chinese have limited force-projection capabilities, but put them both together, combined with Iranian Revolutionary Guards, Hezbollah, and Assad's troops, and you get the kind of force projection only the U.S. has possessed in the past half-century. This is a major surprise strategic move, coordinated by Putin while talking peace at the U.N. Obama has been snookered again."

Yes indeed: Putin is leading an alliance of world proportions, as we wrote last week, not this kind of junk conglomerate of disparate, Mafiosi interests whose only goal is to promote and enforce world terror and the American erratic dominance. For we know that American dominance encourages and accompanies all the attacks - hence the necessity to preserve, help and pedantically promote Al Qaeda and Isis. And so it works with a robotized journalism. We know that Washington was using its bombings to destroy Chinese plants in Syria.

"Under Obama and the Left, America has retreated from the world. We have abandoned our allies, all the way from Japan and South Korea to Saudi Arabia and Israel... [...] As long as Obama is in power, things are likely to get worse for America... [...] By sacrificing sixty years of Pax Americana the Left has taking a wild, historic gamble. The Left hates the American ideal, and expects to benefit from Obama's dictatorial shenanigans. It's a paradox that Vladimir Putin, who saw the Soviet model crumble, is now allied with the last powerful church in the world to become the rising new hegemon..."

Such ingratitude! On the contrary, Obama as a black and antiracist asset was very helpful. He converted the naive Europe to the cruelest American agenda. Obama worked as a sedative on our ageing and submitted opinions.

To savour our pleasure, I will quote a great European thinker, the German Friedrich Nietzsche who knew and understood a lot about western decline and Russian ascendency:

"Russia, the only power today which has endurance, which can wait, which can still promise something - Russia, the concept that suggests the opposite of the wretched European nervousness and system of small states, which has entered a critical phase with the founding of the German Reich."

Nietzsche understood that this German empire (the Reich) would be a nightmare for Europe, another cold monster, like the American super-state denounced in America by courageous libertarians.

Do you realize what you've done?