Those of us who were excited about the Millennium Development Goals at the turn of the century/Millennium have been bitterly disappointed at the way the first decade and a half has turned out, with the flames of numerous wars, chaos, desperation, hatred fanned by the corporatist elites. How did we allow this to happen and when will this end? 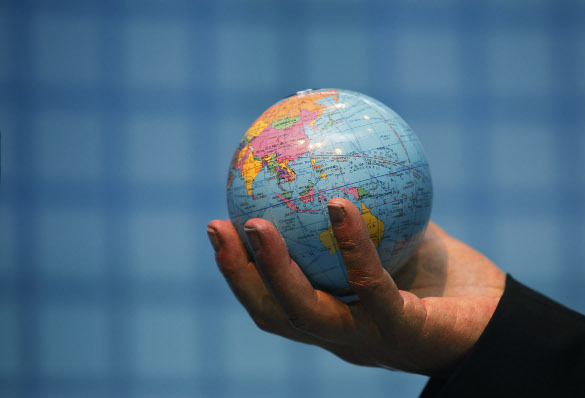 The Peace One Day movement was the brainchild of British actor and filmmaker, Jeremy Gilley, to foster awareness of International Peace Day, adopted as the universal day of non-violence and peace by the UNO in 2001. Gilley organized concerts on September 21, 2002 and 2003 in London and made the documentary Peace One Day, which premiered in 2004. The movement was taken up on the other side of the Atlantic by Angelina Jolie and Johnny Lee Miller and today, numerous NGOs sponsor acts to highlight the event, which reached the landmark one billion people in 2014.

The organizations center on the theme "Who will you make peace with?" rather than war and today, there is a youth festival in Kigali, Rwanda, the scene of horrific violence at the end of the twentieth century, one of many celebrations of peace taking place across the globe. The Peace Day Anthem is "One", sung by Coke Studio. (Website)

With so much goodwill, why do we still have wars? The answer is that war is a relatively cheap investment. The way it works is like this. You find a country with resources (oil, gas, geo-strategic importance, minerals, supply routes), then what you have to do is remove the Government and replace it with one that will provide you with the contracts. You destabilize the country by aiding and supplying Takfiri terrorist groups, Fascists, psychopaths, torturers, murderers, whatever, and you keep wave after wave of lunatics coming, until the Government cannot cope and collapses, or else the leader is forced to flee. During this campaign, you surgically aid these terrorists by precision-bombing electricity grids, water supply networks, hospitals, schools, important roadways, public utilities, and so on, and then you are awarded the contracts for rebuilding accommodation, healthcare networks, policing, weapons, energy, the banking system and so on.

The top ten merchants of death

These, and other suppliers find in NATO the cutting edge of the weapons lobby and the banking, finance, pharmaceutical, energy and food lobbies which follow like a tsunami, once a victim has been chosen and a war unleashed.

As we take a look at the world around us, as we see millions of unhappy economic migrants and refugees fleeing war zones created by conflict and the spreading of hatred, is it not time that we all got involved in Peace One Day and went back to the goodwill times at the turn of the century/millennium?