Poroshenko to establish peace in Donbass by war 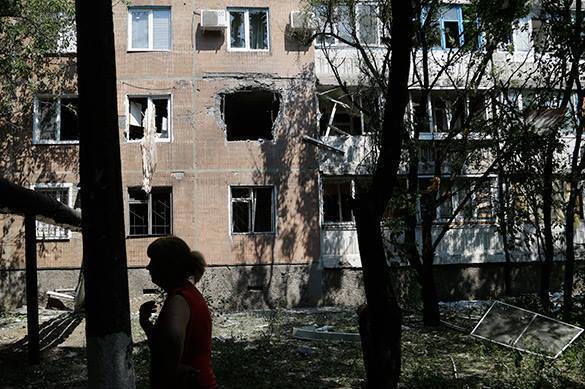 The Ukrainian President Petro Poroshenko is ready to bring up the question of launching military operation in Donbass for discussion at the Parliament.

The Ukrainian president has chosen such a method to establish peace in the region, that is to annihilate "terrorists", as they call the Donbass residents in Ukraine and in the West.

"It is time to discuss the possibility of unleashing operation in Donbass to secure proper implementation of the Minsk Protocol," Poroshenko said.

As Pravda.Ru reported, Poroshenko claimed previously that the Minsk Protocol cannot be extended in 2016, and demanded to repeal the Ukraine's accord.