Sanctions: Who can hold out longer?

Pravda.Ru conducted an interview with Colin S. Cavell, Ph.D. Associate Professor of Political Science Department of Social Sciences Bluefield State College, member of the American Political Science Association (APSA) about the current war of sanctions between Russia and the West. 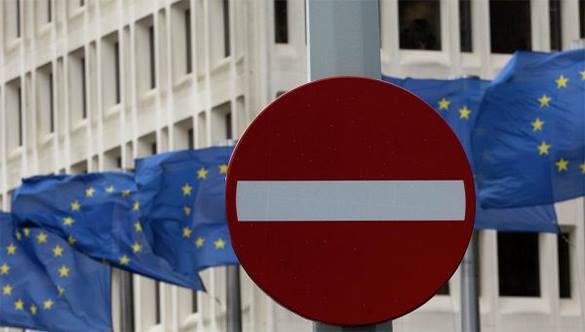 Q: It turns a year since the beginning of the war of sanctions against Russia, that was unleashed by the West.  Which objectives have been set and have they been achieved?

A:  Sanctions were jointly imposed by the US and the EU against Russia on September 12, 2014 for backing the Donbass militia in Ukraine and for reunitign with Crimea.  Russian financial institutions, energy firms, and arms manufacturers were targeted, as also were Russian state banks and a number of individuals considered to be allies and confidants of President Vladimir Putin.

"Russian state banks are now excluded from raising long-term loans, exports of dual-use equipment for military use in Russia are banned and future EU-Russia arms deals are banned. There is now an EU-US ban on exports of some oil industry technology and services, though gas remains unaffected."

Have the sanctions worked?

"OAO Rosneft increased drilling for oil and gas by 27 percent in the first seven months of the year, bucking the trend of international oil companies as prices slump."

"The nation's oil production is headed for a record this year as tax rates adjust to lower prices and a weaker ruble has reduced the cost of services."

"Western sanctions on Russia over Ukraine are likely to delay the launch of new oil pipelines in Siberia, Russian oil pipeline monopoly Transneft said on Tuesday, potentially derailing plans to boost oil exports to Asia in coming years.  However, some industry sources said that the delay has long been on the cards due to the revision of fields' reserves estimates and is not directly connected to the sanctions."

"MOSCOW--Russian state gas giant Gazprom said net profit in the first quarter jumped more than two-thirds compared with last year as revenue for sales in Europe grew because of a weak ruble."

"The rift with the West and the subsequent sanctions imposed in 2014 have not substantively impacted Moscow's leading position as a seller of arms. Amid increased competition, Russia's armament industry is consolidating its presence in India and is looking for new markets in the Latin American, African, and Southeast Asian countries."

"Banks epitomise capitalism, but not in Russia. As the first quarter reporting season comes to an end, all Russia's large state-owned banks admitted they are struggling.

Russia's state-owned banks (SOBs) have the veneer of real banks. They have the posh offices and an army of men in nice suits. They have trading desks and tight security. But unlike their peers in the West, they also have access to free government money and have to take calls from ministers with a pet project to fund. Thanks to state support none of these banks is likely to go bust, and the implicit state guarantee that they all enjoy (an explicit guarantee in Sberbank's case) gives them a real competitive advantage in the form of a lower cost of borrowing."

Sanctions always have a double-edged sword attached to them, as they inflict some damage on the target while, simultaneously, restricting the actions of the aggressor.  A recent study from June 2015 states that anti-Russian sanctions are costing Europe 100 billion Euros in economic development and are jeopardizing up to 2.5 million jobs.

The question thus becomes:  Who can hold out longer?  In this regard, he or she who can endure hardship best will prevail over she or he who cannot bear to do without.  Comparing Western Europe with Russia, i.e. a consumer-driven economy versus a state-capitalist economy, history favors the latter as the society that can endure the most pain and deprivation.  Of course, appeals to extra-economic factors, e.g. nationalism, cultural pride, unity, and collective history, etc., can strengthen this forbearance; however, such appeals are more difficult to propagate in an asymmetrical class-divided society where the punishment is distributed unevenly and is considered to be grossly unfair.

Q:  Because of anti-Russian sanctions the EU lost €21 billion.  Such data was given by the Spain's Minister of Foreign Affairs and Cooperation José Manuel García-Margallo y Marfil.  When will Europe go the length of lifting sanctions that were imposed under the pressure of the US from your point of view?  Or they will be strengthening?

A:  The Greek government under Prime Minister Alexis Tsipras and his Syriza Party attempted to break out of the US-EU stranglehold on sanctions against Russia back in January 2015 but were severely rebuked and brought back into line...for now.  However, should the economic squeeze on Greece be extended to Portugal, Spain, Italy or other EU states, then the backlash may be too overwhelming for the EU bureaucrats to contain.  But, for now, the sanctions appear to be holding.

Q:  Some experts believe that the reason of economic crisis in Russia are not the Western sanctions, but decrease in oil price. What do you think?

A:  The price and availability of oil-and the two are not always linked, as oil has been historically used as a key strategic and, hence, political resource-have always impacted the health of economies.  The Gulf monarchies, led by Saudi Arabia, kept the oil market saturated in 2014 along with US fracking drilling.  Then, earlier this year the price of oil started to rise slightly, only to lately begin to decrease as the reality of the nuclear deal with Iran sets in and the market expectations of cheap crude being imported from Iran are cheapening the price of oil.  Yes, cheaper oil does play a part in exacerbating the economic hardship on Russia.  Still, Western sanctions do play a part as well.  This is where the demand for oil in China and India can help.

Q:  Is it an organized act by the US and Saudi Arabia? If it is so, then Obama deliberately endangered the shale miracle in the US, didn't he?

A:  In order to conclude the nuclear deal with Iran, Obama has had to placate the US traditional ally Saudi Arabia.  Sections of the US government, especially in the Senate, continue to support a full-scale war in Iraq, Syria, and Iran, and Obama has had to tread lightly with these folks-led by Senators John McCain and Lindsey Graham--as he attempted to negotiate with Iran and counter some of the most reactionary actions coming out from the Gulf monarchs, especially those initiated by Bandar bin Sultan.  So countering the Saudi-instigated price war directly was not an option for Obama.  As for US shale oil and the fracking industry, they had overproduced, thus exacerbating the oil glut, and, as oil producer T. Boone Pickens declared:  "it's up to American oil producers, not the Saudis, to balance their own oil market."

Q:  So, what is needed for the oil price starting to rise at last?  Tyler Durden believes that it is Putin who should surrender Bashar al-Assad, who does not give permission for gas pipeline installation from Qatar to Europe.  Do you agree?  Will Putin go the length of it?

A:  If Putin abandons his long-time ally Bashar al-Assad, then the US, UK, KSA, and Israel will be one step closer to overthrowing the Iranian government and reinstalling a puppet regime in Tehran once again.  Putin must consolidate the unity of Russia's traditional allies, especially Syria under Bashar al-Assad, strengthen the alliance's resolve, and work towards an active cooperation in economic and military relations between all allied nations.  If Putin holds true to his past behavior, then he will maintain this strategy and seek to strengthen and expand his alliances.  If he backs off, even a small bit, it could be catastrophic, not only for Syria, but for Russia as well.  The spear of the sword is in the Middle East, and it should be kept sharp and pointed at the main culprit with the deepest pockets, viz. Saudi Arabia.  Saudi Arabia is the financier and facilitator, if not the architect and puppet master of, al-Qaeda, ISIS, current Egyptian strongman General Abdel Fattah el-Sisi, former Yemeni President Abdrabbuh Mansour Hadi, etc.  Establish democratic governments in the Arabian peninsula, and many of the world's problems emanating from that region will dissolve.

Q:  Will there be set peace in Ukraine in the near future? Which role will the US have in it?

A:  Democrats and Republicans in the US are largely agreed that Russia is to blame for reuniting with the Crimea and for instigating the conflict in the Ukraine, despite all the evidence to the contrary, especially the US role in forcibly removing elected Ukrainian President Viktor Yanukovych in February 2014.  Given this unity regarding the Ukraine in the US and, on the opposite side, given Russia's resolve to support oppositional forces in the Ukraine, it does not appear that peace is on the agenda for the Ukraine anytime in the near future.  From the US perspective, this "external threat" is a way to maintain the unity of Western Europe during its current economic crisis; consequently, the US will continue to stoke the fires of war with Russia over the Ukraine.  In other words, the US role in this conflict is that of director, producer, and actor. Please let me know should you require any clarification.

The lunacy of sanctions and the psychosis of US exceptionalism