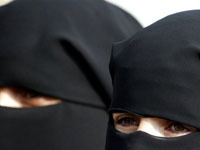 "The Hanbali school, known for following the most Orthodox form of Islam, is embraced in Saudi Arabia and by the Taliban.." Council of Foreign Relations--Islam: Governing Under Sharia, 24 October 2011.

"In August a judge in Tabuk considered sentencing a man to be surgically paralyzed after convicting him of paralyzing another man in a fight two years earlier." Human Rights Watch ,2011.

Watching, listening, and reading the media coverage, government commentary and think tank analyses on Iran's nuclear capability and the desire by some to destroy it is like taking in Abbott and Costello's Who's on First and Math skits.

The logic behind the entire push for massive military action against Iran makes about as much sense as Costello's math calculations. Abbott's acceptance of it all ("you are hired") is an appropriate analogy for the USA's role in the madness as it is being suckered into another war  in mid-east Asia at the insistence of Saudi Arabia, Bahrain, Qatar, Israel and similar Abbott and Costello governed countries.

If the USA has so much power, why are second and third rate countries in charge of its policies in mid-east Asia?

All statements coming out of the mouths of US government officials signal confusion within the grand brains of the political, economic and military leadership. The US may or may not support a Saudi-Israeli operation against Iran said Secretary of Defense Panetta and Joint Chiefs of Staff Chairman general Martin Dempsey (USA) recently. That is utterly unbelievable.

These are flammable times already and yet government officials, commentators--(and US presidential candidates--the world over are making foolish and unsupported statements about Iran and, hence, are ratcheting up the tension. President Obama says "I can't control Israel (the USA controls/monitors all air traffic routes into and out of Iran). Israeli leadership says "only 500 casualties from an air strike" (using the logic of General Buck Turgeson in the movie Dr. Strangelove). The House of Saud says "cut the head off the snake (Colin Powell, former US Army general, once said this in reference to Saddam Hussein). In 1993 Israel said Iran would have nuclear weapons by 1999. Then they said that Iran would have them by 2001.

The pro-Iranian war movement, and the Iranian leadership itself, would do well to get a copy of The Fog of War, 11 lessons from Robert McNamara, former Secretary of Defense, and watch it repeatedly. One of the points McNamara makes in the film is "I lived the Cold war every day, 24/7".

The Cold War has not ended as popularly reported. It has just shifted focus.

They are all Schemers: Big Plot and Deadly Subplots

In the overall US strategic scheme the Iranian matter as a subplot. The central focus of the story is an attempt by the USA's political, economic and military leadership to answer two questions: How can strategy, policy, operations and tactics (SPOT) be developed now to inhibit the development of China and Russia's instruments of national and international power? What SPOT's are necessary to maintain America's dollar and military dominance even as China and Russia--and to a lesser degree India and Brazil--are developing methods (currency swaps or basket of currencies minus the US dollar) to bypass the foundation of American global dominance-the dollar (and T-Bill)?

Another subplot is "it's about the oil." But the data doesn't quite support the argument. According to the Energy Information Agency there are only two mid-east Asian countries in the top ten that the US imports energy from. Saudi Arabia is in the number two spot with Mexico close behind. Iraq comes in at number seven. Rounding out the top ten are Canada (number one), Venezuela, Nigeria, Ecuador, Angola, Colombia, and Russia (Brazil is number eleven). The USA imports 49 percent of its energy needs. It is not a stretch to say that with the right combination of US political and economic policies, and some sacrifice by the American people,  it could wean itself of off Saudi and Iraqi oil.

So, how and why is it that Saudi Arabia is able to shape US foreign policy towards the mid-east Asian region as it does in the face of  the Nazi-like rule of its own people? Why do Americans and Israelis so easily sell their souls to the Saud's? Why isn't Saudi Arabia featured at Regime Change Central?

John Macarthur writing in Harper's Magazine (2007) observed that "...I can't shake the idea that the Israel lobby, no matter how powerful, isn't all it is cracked up to be, particularly where it concerns the Bush administrations past and present. Indeed, when I think of pernicious foreign lobbies with disproportionate sway over American politics, I can't see past Saudi Arabia and its royal house...Given my dissident politics, I should be up in arms about the Israel lobby. Not only have I supported the civil rights of the Palestinians over the years, but two of my principal intellectual mentors were George W. Ball and Edward Said, both severe critics of Israel and its extra-special relationship with the United States.

The US Department of State, Human Rights Bureau, reported that in 2010 Saudi Arabia was an awful place to live unless you are a guy "...no right to change the government peacefully; torture and physical abuse; poor prison and detention center conditions; arbitrary arrest and incommunicado detention; denial of fair and public trials and lack of due process in the judicial system; political prisoners; restrictions on civil liberties such as freedoms of speech (including the Internet), assembly, association, movement, and severe restrictions on religious freedom; and corruption and lack of government transparency. Violence against women and a lack of equal rights for women, violations of the rights of children, trafficking in persons, and discrimination on the basis of gender, religion, sect, and ethnicity were common. The lack of workers' rights, including the employment sponsorship system, remained a severe problem."

Then there is the country analysis done on Saudi Arabia by Human Rights Watch (2011). "Human rights conditions remain poor in Saudi Arabia. King Abdullah has not fulfilled several specific reform promises; reforms to date have involved largely symbolic steps to improve the visibility of women and marginally expand freedom of expression. Authorities continue to systematically suppress or fail to protect the rights of nine million Saudi women and girls, eight million foreign workers, and some two million Shia citizens. Each year thousands of people receive unfair trials or are subject to arbitrary detention. Curbs on freedom of association, expression, and movement, as well as a pervasive lack of official accountability, remain serious concerns.

Simon Tisdall writing for the Guardian, UK (2010) reported that the Iraqi government viewed Saudi Arabia as a threat to its internal security. " Iraqi government officials see Saudi Arabia, not Iran, as the biggest threat to the integrity and cohesion of their fledgling democratic state, leaked US state department cables reveal. The Iraqi concerns, analyzed in a dispatch sent from the US embassy in Baghdad by then ambassador Christopher Hill in September 2009, represent a fundamental divergence from the American and British view of Iran as arch-predator in Iraq. 'Iraq views relations with Saudi Arabia as among its most challenging given Riyadh's money, deeply ingrained anti-Shia attitudes and [Saudi] suspicions that a Shia-led Iraq will inevitably further Iranian regional influence,' Hill writes. 'Iraqi contacts assess that the Saudi goal (and that of most other Sunni Arab states, to varying degrees) is to enhance Sunni influence, dilute Shia dominance and promote the formation of a weak and fractured Iraqi government.' Hill's unexpected assessment flies in the face of the conventional wisdom that Iranian activities, overt and covert, are the biggest obstacle to Iraq's development."

A Muslim News report (2011) reminds that Saudi Arabia and Syria have been at odds with each other for most of their history. As such, the current turmoil in Syria, in which Saudi Arabia and the US are involved on the ground--should be viewed through a historical microscope. Americans are largely deficient on the study of history other than their own. "Syria prides itself as a secular republic and a bastion of Arab nationalism with close ties to Russia. On the other hand, Saudi Arabia is a reactionary monarchy and embodies itself as a caretaker of Islam, while having an extensive bond with the US and Western Europe. True, the rhetoric of the two countries may not correspond with their practice, but the ideological narratives they superficially embrace are in conflict, and much of their foreign policy aims have been at odds."

The US government approach to Syria, as it is with Iran, was largely crafted by Saudi Arabia. This is a country who speaks of the humanitarian crisis in Syria as though it is the USA.  It is more intolerant of dissent than the USSR ever was. Of all ironies, the fact that the USA negotiated with the USSR for decades and will not with Iran has to be in the top ten ironies of human history. What it says is that on crucial matters of mid-east Asian matters involving war  and oppression, the US political process is influenced and designed by repressive governments represented by American citizens. Young people die  and will continue to die as a result of this.

Human Rights Watch notes that  "US pressure for human rights improvements was imperceptible. In September the Pentagon proposed for Congressional approval a US$60 billion arms sale to Saudi Arabia, the biggest-ever US arms sale.  It is unknown whether the UK made efforts through the Two Kingdoms Dialogue to promote human rights, but if so they had no tangible effect...

Before he died in the World Trade Center on 9/11, the former FBI counterterrorism chief John O'Neill complained to French investigator Jean-Charles Brisard that Saudi pressure on the State Department had prevented him from fully investigating possible al-Qaida involvement in the Khobar Towers bombing in 1996, which killed 19 U.S. servicemen, and of the destroyer Cole in 2000. As with Pakistan's President Pervez Musharraf, there's always talk of the Saudis playing a double game with al-Qaida publicly denouncing it and privately paying it off but you don't have to be a conspiracy theorist to understand that the Saudis don't have America's best interests at heart."