America's "justice" system is a lie

During my more than twelve years of writing for Pravda.Ru, I don't believe I've ever opened an article with a warning to readers.  So this will be a first. Therefore, I respectfully ask you to sit down before reading further, because the news I am about to relate is so shocking, so out of the norm, and so unimaginable that you might faint if you read it while standing up. 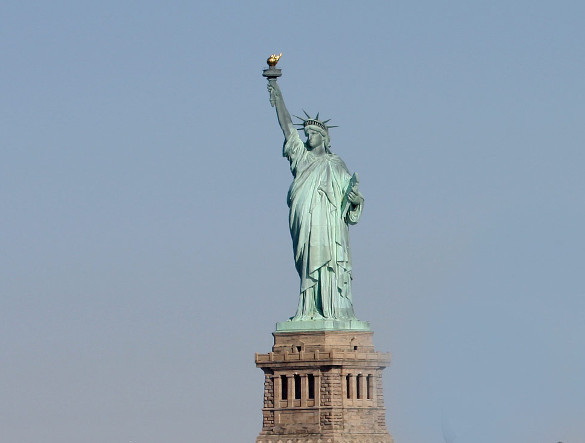 A white cop is going to walk free after shooting an unarmed African-American man.

Although my warning is sarcastic, it is not meant to be humorous.  The cold, harsh reality is that, in recent months, numerous cops who have killed unarmed people have escaped any form of justice.  Some were not charged at all.  Others evaded prosecution after farcical "grand juries" were convened to provide the illusion that some "impartial" procedure created the failure to bring criminal indictments.  And even when a few of these cases made it to trial, the results were almost always a hung jury or an outright acquittal.

The case I am discussing above involves the killing of Jonathan Ferrell, who was shot ten times by Charlotte-Mecklenburg police officer Randall Kerrick.

I first discussed Ferrell's murder in my Pravda.Ru article, America's Epidemic of Killer Cops (December 1, 2014), by explaining how "it actually required a second grand jury to secure an indictment [against Kerrick] because the first apparently thought 'voluntary manslaughter' was too severe a charge for a white police officer who gunned down an unarmed African-American."

During the facade that masqueraded as a trial, a police captain testified that Kerrick violated departmental policy by shooting Ferrell, and an officer who was on the scene at the time of the killing stated that Ferrell represented such a minor threat that "he never considered pulling [his] weapon."

But, predictably, this wasn't enough for the jury, who deadlocked 8-4 in favor of acquittal.  And, a few days after this deadlock occurred, prosecutors stated they would not seek a retrial, thus making Kerrick a free man.

Knowing that this trial was held in North Carolina-the state where two separate juries once acquitted Klansmen and Neo-Nazis who were videotaped shooting anti-Klan protesters (see Greensboro Massacre: Justice Delayed or Justice Denied?, Pravda.Ru, February 28, 2008), and where voters elected a virulent racist named Jesse Helms to the United States Senate five times-it is tempting to blame the outcome of the Kerrick case on "good old boy southern justice."

Why do juries acquit policemen?

But this ignores the tragic reality that juries have also acquitted cops of killing unarmed people in states like California and New York.

The question is, WHY?

One answer I proposed in my America's Epidemic article is fear.  Even though most reasonable people will acknowledge on the intellectual level that police brutality and excessive force exists, on the visceral level they want to pretend it doesn't happen:  "People do not want to believe that a late-night trip to the grocery store, a stroll through a parking lot (Kelly Thomas), driving home from a party (Samantha Ramsey), or seeking assistance after a traffic accident (Jonathan Ferrell) can result in an encounter with police that ends in their death.  So the natural instinct is to blame the victims of police brutality, to find something, anything, no matter how minute, that can be used to rationalize a cop's actions."

But this is only part of the story.  In today's America open displays of racism are looked upon with disfavor, and often result in economic and social repercussions for those who express them.  But two sanctuaries where racism can still be exhibited is the voting booth and the courts.

This is why I have stated in several previous Pravda.Ru articles that America's so-called "legal" system habitually works harder to perpetuate and cover-up injustice than it does to promote justice, and it will go to extraordinary lengths to support and protect the criminality and corruption of those who serve the system, while rabidly imprisoning people-even innocent people-who expose or challenge this criminality and corruption.

Those who doubt this should recall that in the past few years alone, American courts have endorsed the torture and extrajudicial execution of American citizens, warrantless surveillance and spying, and the usurpation of the democratic process by billionaires and corporations.  It is a system that is unabashedly racist, hopelessly corrupt, and unyieldingly vindictive.  And, since many of the sociopaths who control, manipulate, and profit from this system (most of whom already come from backgrounds of wealth and privilege) exploit it as a gateway to greater wealth and power, it is also self-servingly intransigent.

Make no mistake about it.  If America's legal system truly wants to get you, it will.  You can bet if Jonathan Ferrell had been accused of shooting Randall Kerrick, no hung jury would prevent a retrial.  In fact, there would most likely be no hung jury at all, because every means at a prosecutor's disposal-suborning perjury, withholding exculpatory evidence, fabricating incriminating evidence, intimidating witnesses, excluding racial minorities from the jury-would be deployed to obtain a conviction.

The outcome of the Kerrick case and countless others like it lead to one inescapable truth:  America's criminal justice system is not equipped to effectively prosecute police brutality and excessive force cases, and no proposed reforms are going to alter that reality.

Cops are already reluctant to testify against their fellow officers, and the outcome of the Kerrick case will undoubtedly entrench this reluctance even further.  Why suffer the wrath of your fellow officers, endure a hostile work environment, or risk being denied necessary backup in a dangerous situation when you know your testimony will be meaningless?

A more racially diverse legal system will not by itself solve these problems.  During my years of practicing law, I discovered that African-American cops, prosecutors, and judges were often more zealous in demanding harsh punishments for racial minorities than their white counterparts.  Supreme Court justice Clarence Thomas, for example, has done more to destroy the civil rights gains of African-Americans than most white racists ever could.

Creating laws that make it easier to prosecute police brutality and excessive force cases on the federal level will most likely fail as well.  Laws are only as good as their enforcement, so it would still be up to prosecutors or grand juries to decide whether to bring charges.  And even if those charges are brought, the accused officer will still be tried by a jury system that incessantly refuses to criminally punish police misconduct.

At the end of my Pravda.Ru article Scott Walker: Satan's Candidate (July 20, 2015), I quoted a passage from the 1979 movie And Justice for All, which starred Al Pacino as an idealistic criminal defense attorney named Arthur Kirkland.  I will do so again here.  As Kirkland's frustration with the shameless corruption and callousness of the legal system mounted, he finally realized, "It's just a show."

And indeed it is.  America's justice system is one of the biggest frauds ever foisted on the American people, and the argument that it may be less fraudulent than justice systems in some other countries doesn't make it any less despicable.

The true danger right now is that the refusal of biased prosecutors and farcical grand juries to bring charges, and the egregious acquittals of police officers who shoot and/or beat unarmed people to death, have become so routine that Americans will soon become desensitized to them.  Some pundits are already arguing that focusing on police misconduct should be subordinate to focusing on crimes that racial minorities perpetrate upon each other.

While that problem certainly should not be ignored, two wrongs do not make a right.  When anyone, in any profession, knows he or she can get away with murder, there is a danger to all people, of all races.

And murderers will continue to walk freely among us.