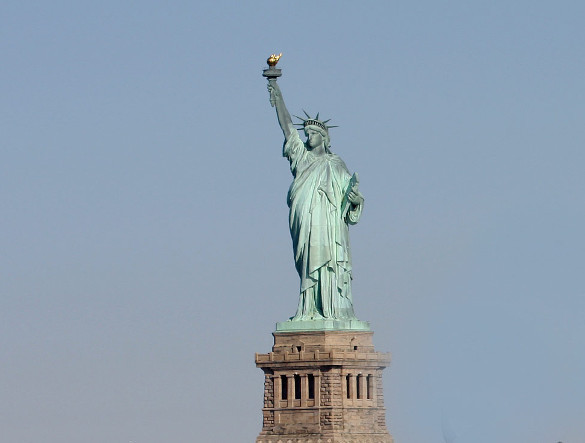 Ever since America's politicized, corrupt, unethical, corporate-controlled Supreme Court decided the cases of Citizens United vs. FEC (2010) and McCutcheon vs. FEC (2014), I have written numerous articles for Pravda.Ru describing how these two decisions destroyed the ability of working class Americans to exercise their once fundamental right to freedom of speech and unleashed a torrent of unbridled political corruption that is rapidly replacing democracy with corporate fascism.

As I explained in these articles, and others like them, Citizens United and McCutcheon essentially give billionaires and corporations the right to spend unlimited amounts of money to manipulate the nominations of political and judicial candidates, to influence the outcomes of elections, and to buy politicians via so-called "campaign contributions."

The Supreme Court and supporters of Citizens United fraudulently professed that it was a "balanced" decision because labor unions had been extended the same rights as corporations, even though they knew full well that numerous options existed to deplete the financial resources of these unions, and, that by depleting these resources, the corporate voice would become the only effective voice in the political arena.

Therefore, it was no surprise when states like Michigan, Wisconsin, Illinois, and Indiana enacted so-called "right-to-work" and/or other anti-labor measures that detrimentally affected the ability of unions to collect dues from their members.

The billionaire Koch brothers were the primary supporters and beneficiaries of the Citizens United and McCutcheon decisions; therefore, it was (and is) also no surprise that they were (and are) the puppet masters behind these governors and many Republican lawmakers of these states: In Indiana, "right to work" legislation was "fast-tracked" by then-governor Mitch Daniels; A similar procedure was used by governor Rick Snyder in Michigan; In Illinois, newly-elected governor Bruce Rauner almost immediately used his "executive authority" to block public employee unions from collecting mandatory dues from workers; And, in Wisconsin, governor Scott Walker, not content with his victories against public-sector unions, is now also fast-tracking a "right-to-work" bill to decimate the financial resources of private-sector unions. In fact, this bill is moving so rapidly that, by the time this article is published, it may already be law.

Naturally, these slimy politicians don't have any compunction about making certain their lucrative salaries, and those of their supporters, are safe. While serving as governor, Daniels appointed several of his cronies to serve on Purdue University's Board of Trustees. These cronies, in turn, not only appointed Daniels to serve as president of Purdue when his term as governor expired, they also spent $380,000 "renovating" his office, and then gave him a bonus of $58,000 just six months after he was appointed, courtesy of Indiana taxpayers. Rauner appointed the wife of a top aide to a profitable position in the Illinois Department of Commerce at an annual salary of $121,000, the sister of a top aide to a position in the Illinois Environmental Protection Agency paying $70,000 a year, and even hired a so-called "chief-of-staff" for his wife at $100,000 per year, despite the fact his wife has no official duties. According to Kevin McDermott of the Herald-Review, not only are these salaries significantly higher than those paid by his predecessor, Rauner actually ran on a platform that openly condemned Illinois' "tradition of patronage politics."

Defenders of these anti-labor laws incessantly argue that their constitutionality is almost always affirmed by the courts. What this ignores, however, is that the legal system is largely comprised of elected or appointed political hacks who can easily be corrupted by the "perks" and power of their offices. Many federal and state judges (and at least two Supreme Court "justices") routinely attend and/or have attended all-expense paid "seminars" or "judicial retreats" sponsored by corporations and billionaires like the Koch brothers.

And, even when this isn't the case, America's legal system is fraught with nepotism and cronyism; thus, many so-called "judges" are nothing more than products of wealth and privilege who never felt the sting of discrimination, struggle, financial hardship, or social and economic injustice. Lacking in both empathy and sympathy, it is not difficult to see why, to them, human rights are always subordinate to corporate rights.

While there is no doubt that Daniels, Snyder, and Rauner are mendacious, corrupt Koch brothers' puppets, perhaps the vilest, most despicable puppet of all is Walker.

Walker made it undeniably evident during his first anti-labor campaign against public-sector unions how subservient he was to the Koch brothers. While protests erupted around and throughout Wisconsin's Capitol Building, Walker, coward that he is, sequestered himself in his office.

But this self-imposed isolation did not prevent him from answering a prank telephone call from Ian Murphy of the Buffalo Beast when Murphy pretended to be one of the Koch brothers calling to congratulate Walker for his anti-labor policies.

Walker, a college dropout, has also attacked higher education, a favorite target of right-wing hypocrites. What the right-wing despises about education, particularly higher education, is it gives people greater capacity to think, to analyze, and thus to question. Since most of the right-wing's idiocy does not stand up to logic or objective analysis, it can only thrive in an unenlightened populace who obsequiously swallow whatever drivel they are told.

As a recent article by Thom Hartmann, in AlterNet, points out, it is the war on education that is helping "Republican lawmakers destroy unions . . ." Hartmann explains how education has fueled progressive accomplishments that many Americans now take for granted, like Social Security, the abolition of slavery, and laws prohibiting the use of child labor, and that those who are aware of this history are less likely to buy into a political philosophy that promotes regression and stagnation that ultimately reverts and concentrates economic, political, and social power into the hands of a privileged few.

Unfortunately, the right-wing's war on education, coupled with Citizens United and McCutcheon, are facilitating this regression and stagnation, and the success of politicians like Daniels, Snyder, Rauner, and Walker are grim evidence of that.

What makes Walker especially dangerous is that he is considering running for president of the United States, and even proclaimed during a recent speech (in a Sarah Palin-like bit of idiocy) that his experience dealing with pro-labor protesters in Wisconsin (apparently by cowering in his office) equipped him with the "foreign policy" expertise to deal with groups like ISIS.

Although this is laughable on the surface, it is not difficult to recognize the danger of electing a man who believes Americans exercising their constitutional rights to assemble and petition the government for redress of grievances are comparable to one of the most vicious terrorist organizations in the world.

Decades ago, voters in Wisconsin destroyed the careers and lives of numerous intellectuals and artists throughout the United States, and temporarily erased the Bill of Rights from the American landscape when they elected Joseph McCarthy to the United States Senate. If a mendacious, megalomaniacal, sophomoric demagogue like McCarthy could do so much damage as a senator, it is terrifying to imagine what a mendacious, megalomaniacal, sophomoric demagogue like Walker could do as president.

Years ago, in a small town, there was a man who spent the hours from dawn to dusk hitting himself in the head with a hammer. When asked why, he replied, "Because it feels so good when I stop."

Unfortunately, too many voters in Wisconsin did not know when to stop. Will America make the same mistake in 2016?