Shock therapy: Notes on the humanitarian invasion of Europe

We are the last men. 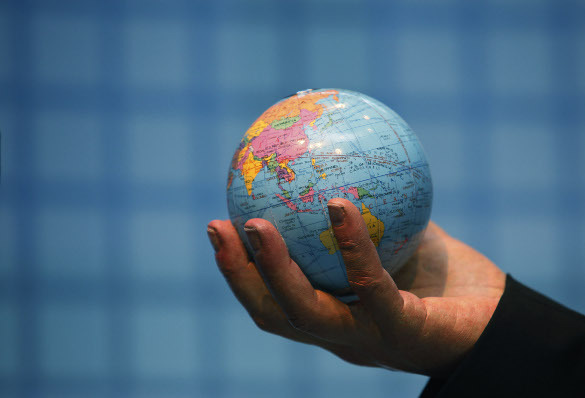 The present invasion of Europe is due to three actual factors:

The American wars in northern Africa and the Middle East, wars that have displaced and destroyed the lives of millions of people. America has organised and managed the ruin of Europe, maybe its extermination if the pentagon fulfils its secret wishes to wage a mortal war against Russia. Ordo ab Chaos, order from chaos. What order? Ask them.

The Christian ideas gone mad: in the name of humanitarian fluff, we will be invaded and swallowed. Pope Francis of course helps that gloomy agenda in the name of charity, and Frau Merkel and the mainstream media impose it to an anesthetised or distracted European population.

The global economic agenda: Sutherland from the EC, BP and Goldman Sachs told last year that our homogeneity should be undermined. This alleged catholic is merely obeyed. Observe that the present purpose is mainly to destroy racial and cultural homogeneity in former soviet Europe (which seems a paradise now when we compare it to the present chaotic nightmare).

I think my readers will - especially if they are not European - understand the mess.

Globalization has already spiritually or physically destroyed tenths of countries, New World Order has annihilated almost all Arabic worlds and neo-colonialism is exploiing what is left of traditional and humanistic societies. Populations are again reduced to slavery by the big corporations that rule the world with global bureaucracies: Ikea or Nike pay their worker 12 Euros a month. You don't need to be a communist to understand these facts; you can be a libertarian or what we called in former French civilization a Honnête Homme.

We would need knights to defend us from that mob. But as Edmund Burke wrote once about our barbaric bourgeois revolution in France, the age of chivalry is gone.

Let us recall some good predictions. Chesterton in 1910:

So the promoters of our invasion are good persons.

Merkel is the daughter of a Lutheran pastor, and she is of course full of good intentions. She has no children, and of course she wants her anaesthetised Germans to castigate the naughty Greeks but to foster all misery in the world. The extension of humanitarian feminism is important too.

Wrote Chesterton in his wonderful book about America:

My old friend Jean Raspail wrote in 1973 a famous book named The Camp of Saints (a useful allusion to the Book of Revelation). Albeit a good Christian, he knew that the Roman Catholic Church would undermine our continent, being now a good vassal of American new order. He imagines in his book (narrating a brutal and massive invasion) the reaction of a Brazilian pope named... Benedict XVI.

"Vatican sources have just released to the media, no more than ten minutes ago, a statement by His Holiness, Pope Benedict XVI, the official text of which reads as follows. I quote: 'On this Good Friday, day of hope for Christians the world over, we beseech our brethren in Jesus Christ to open their hearts, souls, and worldly wealth to all these poor unfortunates whom God has sent knocking at our doors. There is no road save charity for a Christian to follow. And charity is no vain word. Nor can it be divided, or meted out little by little. It is all, or it is nothing. Now, at last, the hour is upon us. The hour when all of us must cast aside that halfway spirit that has long caused our faith to founder. The hour when all of us must answer the call of that universal love for which Our Lord died on the cross, and in whose name He rose from the dead.'

Raspail was right and the Roman Catholic Church encourages the invasion of Italy in the name of eternal generosity and gruesome charity.

He adds that we must not trust our army either:

"Ah yes, the army! All those thousands of men, and officers, and generals! Words, monsieur, that's all! Words dressed in uniforms, hiding their weakness behind that veneer of soldierly steel, and ready to run at the first sign of action. For ages it's been nothing but a make-believe army. No one really knows what it can or can't do. Because no one dares use it, for fear of showing up what a worthless farce it is. You'll see, monsieur, the army will let you down too."

The French Army has destroyed Libya or Syria and she is now ready to destroy Russia and consequently what is left of white race. Our soldiers do not give a damn. Like the British, the American, the Baltic or the polish soldiers. Too dumb to awake, they will terminate us.

We have been prepared by movies to surrender to that invasion. White men have been considered guilty by the hostile elite who run the entertainment industry in order to facilitate our invasion. Adds Raspail about American film industry:

"Take the films, for example. All those films seen by millions and millions, based on massacres long since forgotten, and dug up after a hundred years for the sake of the cause. Blacks, Indians, Arabs, biting the dust, scene after scene. Wars of survival, but changed for the occasion into merciless attempts to impose the white man's rule. Even though, in the long run, the West lost them all. There weren't enough flesh and blood soldiers left to hate, so they fell back on phantoms from the past. All you could want, no limit to how many. And what's more, too dead to protest. Served up for public indictment with no risk at all ...

The hostile elite who rule western destiny will go to the end.

And at the end of the book, the French air force destroys what is left of French resistance against the great invasion. Think of Merkel who is already threatening some reluctant Germans (they should feel guilty, yes, but about what they did to Russia...); they will send NATO troops.

Why don't we react? Some ask. Yes, why are we so quiet?

Recently historian Stanley Payne declared briefly in an interview on Spain: 'this country is anesthetised, by TV thrash, by sport, by technology, by fat. Politicians are no more elected, just selected by a hidden hierarchy.'

Huxley described a voluntary jail. Nations are dead, we are a doomed species. This is why Google prepares robots for the future and develops a trans-human agenda. They know what they have done of us, and the market, and the products we consume, and the shows we continually watch, and the rotten food we eat.

Tocqueville diagnosed this evil in modern democracy two centuries ago:

"The will of man is not shattered, but softened, bent, and guided: men are seldom forced by it to act, but they are constantly restrained from acting: such a power does not destroy, but it prevents existence; it does not tyrannize, but it compresses, enervates, extinguishes, and stupefies a people, till each nation is reduced to be nothing better than a flock of timid and industrious animals, of which the government is the shepherd."

Wake up anyway, chaps, and not only in Europe. Because the western bureaucracies that rule your world are "happy but to spare us all the care of thinking and all the trouble of living."

And no elite in western history have shown so many marks of hostility.

O let me have no subject enemies
When adverse foreigners affright my towns
With dreadful pomp of stout invasion!