Can feminism be Christian? 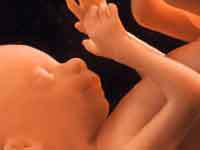 The Sunday sermon of Pope Benedict XVI in Spain, in which he denounced same-sex marriage, abortions and condemned the countries that legalized interruption of pregnancy, triggered serious concerns with feminist movements. Do all feminists advocate the rights of a woman to terminate her pregnancy? Can feminism be Christian and can it be compatible with traditional family values?

Christianity and feminism are stereotyped as two absolutely different things that can in no way be connected. Patriarchal families, bearded men and humble women in kerchiefs do not mix with gays, lesbians and feminists with their eternal struggle for abortion, childfree and other issues, which many still consider unconventional and even abnormal.

As a matter of fact, secular and anticlerical feminism starts to look stranger in the modern Western world, whereas Christian female movements deal with the solution of real issues.

The field of activity for modern-day feminists is not that large today as it was decades ago. Fighting for rights for education? Does anyone deny women this right today? Equal salaries for equal work? Women can be just as successful as men or even much more successful than men today.

As long as there are no serious goals and tasks for the feminist movement, the activity of the movement turns into pseudo-activity slowly but surely. There is an impression that feminists spend whole days analyzing the speeches of politicians and other outstanding public figures in an attempt to find vestiges of sexism and gender-related stereotypes like "washing dishes after meal is not what men do."

Catholic or Orthodox women come across much more real and more important problems in their everyday lives, which they have to solve. It is an open secret that the Church views a man as the head of a family and its breadwinner, not to mention the fact that it considers abortion as infanticide and even condemns non-abortive contraception.

No one gives one clear answer to the question of how families with many children could be compatible with modern economic models. People have to look for answers themselves.

If a non-religious woman chooses late marriage, contraception and abortion (in case contraception proves to be unreliable), a Christian woman starts to look for other solutions to her social problems excluding any thoughts about killing her baby. It is impossible for modern women not to work. If she gets pregnant and refuses to make an abortion, then she has to find a way out of the situation, in which she could combine her career and maternity.

That is exactly why Catholic and Protestant female movements in the West have succeeded so much in their struggle for social allowances, day-care centers and many other things that help mothers be working mothers.

One of the key ideas of Catholic feminism is to help women find balance between family and work. Female movements advocate equal rights for working women, and they also want men to become actively involved in the work about the house and childcare.

Many Christians believe that women's opportunity to have legal abortions is not a right, but rightlessness. According to Christian feminists, abortion advocates lay responsibility for the new human life entirely on women, while men and the society in general seem to stay away from the problem. If abortions are allowed, it means that pregnancy is a problem of women only.