Media Distortion of the Current Events in Russia

It was unnerving to detect the distorted translation in the Bloomberg media coverage of the St. Petersburg forum. More than 130 countries attended this important economic event, which was led by Putin.  Despite the U.S. imposed sanctions, the leading companies from Europe and the United States, including Shell and BP, participated in the bash to prove money is above politics.  Business is business, sanctions aside! 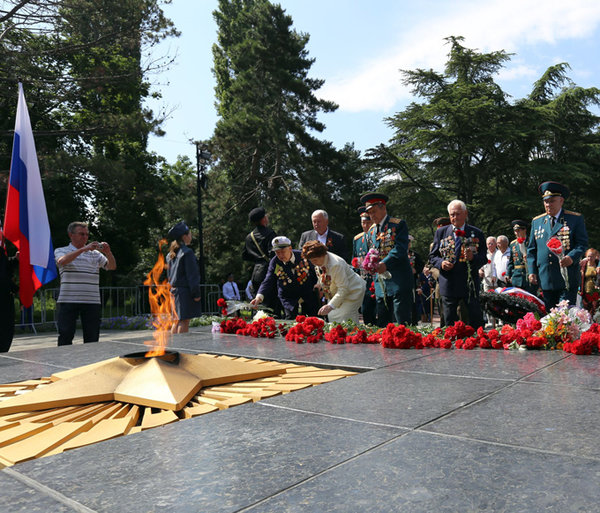 Capital investments in Russia demonstrated higher returns than any other given country. The European Union suffered the most from unwise deals.  Washington lost only 18% of business in Russia, while the EU lost close to 40%.

Why was there no outrage from the EU? Are they doomed to be under Washington boots for the rest of their lives?

I hardly recognized the mediator, Charlie Rose, whom I've meet on many occasions! A charming man was looking more like a relentless inquisitor! Was he deliberately transformed into an American prosecutor or was he instructed by Washington to spoil the fun of the cheerful gathering?

Rose was fed his lines, parroting  "a woman in the shadow," who held banners, as Putin observed; his discerning eyes trained by a former profession. Being wise and humorous, he politely asked the audience to give her a clapping ovation, despite the hard questions she channeled towards him.  Remarkable!

Every word President Putin uttered was distorted and twisted to make it appear negative, not only on Bloomberg's News, but also in all the European media - they hummed the same anti-Russian tunes! Putin sent his messages across crystal clear, stating he was sharply against the escalation of the Cold War and was preparing to keep his country for defense, not offense operations.

His statement will never reach the deaf ears of Senator McCain who immediately visited a few parts of Ukraine, as soon as the Republican Senate, led by him, approved sending $200 million worth of the lethal weapons.  For what, Senator, do you enjoy watching the defenseless elders and children in Donbas blown to pieces?

American taxpayers have to pay the price

Why do American taxpayers who don't support your wicked ways have to pay the price?

And let's not forget the tirade of Samantha Power, the Ambassador to UN, a rabid defender of the Kiev Junta! She had the guts to claim that Russians were involved in killing over six thousand people in the eastern part of Ukraine.

When pressed by the U.S. Representative from California, Dana Rohrabacher, about Ukrainian oligarchs who sponsored unruly battalions in Donbas and that, despite the Minsk peace agreement, shelled the villages in Donbas and murdered many, she cut him off, stating: "I don't want to hear Putin's propaganda!" Rohrabacher retorted that as an Ambassador she must hear both sides! Details are below.

What kind of human rights Ambassador is she? Power launched her career as a correspondent during the shameful war in Yugoslavia!  I don't need to tell you the rest! She evidently got hooked on warfare! Her place is on the frontline, not to represent the world as a peacekeeper for the UN!

Does she or crazed McCain realize that the ordinary people in Kiev are in need of food, not weapons? Ukraine is on the brink of default. The warmongers care less! They need to see more blood spill.

McCain has attempted to cover up his own history as POW in Vietnam!

While in captivity, he got the nickname, "Songbird," to avoid torture! I repeat again, McCain was not a hero, but a traitor!  Even the Vietnamese "foe" who imprisoned and guarded him, praised and endorsed his failed presidential candidacy in 2008.

The former guard also revealed McCain was never tortured. He declared he saved McCain's life when his plane crashed! No one twisted his arm. His arm was broken from the plane crash! Don't believe it? Watch this video. https://www.youtube.com/watch?v=Qm-IkMW-lDg

Speaking of unfair coverage of Russian affairs, not a single media outlet mentioned about the philanthropy of Russians! They saved close to three thousand lives of crippled and cancer stricken children, collecting money via cell phones. A thirty-one truck convoy with the humanitarian aid went to Donbas to save people from starvation. The most touching moment was seeing the Nobel Price Medal had been returned back to an American hero in breakthrough DNA science, James Watson, after he auctioned it out.

The Russian businessmen, Alisher Usmanov, bought it on eBay for more than a four million dollars only to return it to the rightful owner!  Usmanov did not use this kind of charity to promote himself. He asked the Russian biology scientist to present it at the ceremony in Moscow.

In response, James Watson gave a few lectures in Moscow for the avid researchers of molecular Biology. It was a standing room only event with the whole place flooded with a packed grateful audience of attendees. In Russia Dr. Watson was still considered a giant, after he was accused in the U.S. of being a racist since his discovery showed difference genetic function between Caucasians and black genes!

After the Racism charges this celebrated scientist was removed from his laboratory and his funds were cut off.  But they didn't break he soul! He sold his medal to continue research to solve cancer before his days are over. He is vigorous at 87, years old, determent, full of life, and enthusiasm. I was lucky to meet him once about two decades ago and his entire DNA Laboratory team, but this will be another story!

I wonder, why the media didn't acknowledge such a selfless act of the Russian businessman, Alisher Usmanov? Four million dollars was a huge amount to be spent as philanthropy and to have let it go unnoticed!  Did the sanctions against Russia mean the media had to forsake Russian Humanity and philanthropy?