All one need do to get a sense of urgency required to bring order out of the chaos that is the current state of this mixed up world is to listen to the MSM report the evening news. That is if you can stomach the continuum of their lying 'facts' that are really distortions or half truths of the situation down on ground zero, anywhere round the globe. 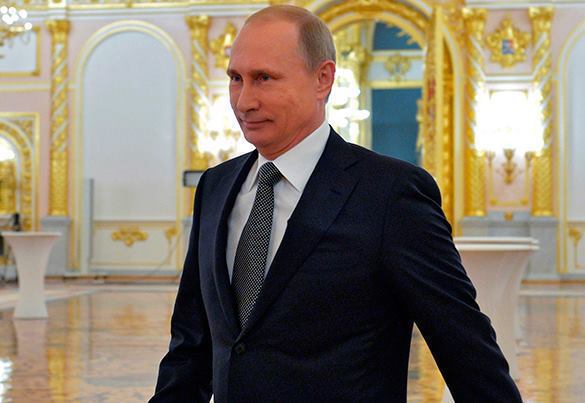 Something is amiss. That's an understatement too. If I borrow a line from  'Crocodile Dundee', according to the international 'news' cabal, the Western authorities 'are on top of the situation'. When confronted, Mick Dundee held his own against the scumbag pimp gang. Well, he was in control for a split second or so. As brave as he was, Mick was in need of help. And succor came in the form of his new mate, the American 'Odd Job' emulating limousine driver. His prowess behind the wheel and rapier like antennae toss turned the tide. The day was now Paul Hogan's.

Those surreal situations though happen with profound precision only on film. In real life, the chances of a miracle, life altering positive event happening on the international stage, well, are not good. Chances are slim; with next to zero probability. For that to happen, the world would have to see a modern day Oliver Cromwell take center stage. NSA Whistle blower Edward Snowden gave the ordinary citizens hope; albeit only briefly. Now the brave fellow is not much better than being neutralized.

While ensconced in safety and security in Russia, the likelihood of Snowden being the spark that lights the fuse for real change in governments' accountability around the globe dims with each passing day. Still, Snowden's role in exposing the villainous plot in charge of Washington was a pivotal decision; on his part, a real personal sacrifice; but for the rest of the West, a good starting point.

No excuses will suffice from here on forward. So much is at stake in the entire world. Take a look at Britain. It should be obvious to even the casual observer that the 'Great' is now lost. The mighty Empire is at long last set, and gone down the horizon into the toilet. That's the impression I get when reading about the shenanigans coming out of Whitehall and 10 Downing Street where Cameron still takes up residence. The U.K. is in a free fall. The Kingdom's citizens are in lockdown mode. That's because the iron fisted statists are one small step removed from declaring martial law.

The political landscape is no better in the rest of the Commonwealth: Canada and Australia too together are marching lockstep down the untoward path leading to a police state. Make that ditto for Europe: the Deutsche people seek clarity; but they receive nothing but lies and spin. Their glorious leader Merkel, without moral kompass, is so smitten by her G7 leader's crooked ways that she continues to sell‐out German industry because of the ongoing U.S. hatched illegal anti‐Russia sanctions.

No surprise: France continues to reveal its poodle lapdog agreeable nature. Italy's not far behind with its myriad of knee‐jerk, pro‐Western responses. In the homeland of the 'free and the brave' the only lame duck status I see is with the Congress. Juxtapose the combined Democrat and Republican stasis with that of the U.S. President. Obama's second term is anything but hamstrung. On the contrary, his unbidden presidential edicts have absolute authority. The budding hopefuls as opposition to the White House's dictatorship are laughable.  Their efforts are all too tepid; and altogether all we hear is the same‐old‐same‐old tired and banal rhetoric.

Cutesy, Rand Paul's filibuster on the Patriot Act was nothing more than a ploy for attention grabbing headlines. Try as he may Lil'Rand's Vaudeville act was an epic fail. He is not the real deal; far from it. 2016 Demo hopeful, Hillary Clinton, is at it again with her old tricks: when under Senate investigation, attack anyone and everything. Invoke the usual suspects: Iran, Russia, and tiny dysfunctional North Korea. Yet there is hope. A bright star shines in the East.  There's a strong leader in the land of the Czars. Russia's Vladimir Putin fills the breach. His courageous stand bars foreign subversives from polluting his peoples. Early on, President Putin had to mop up the filth and take out the oligarch trash that left a terrible stain from the Yeltsin era.

Today, as Lord Protector, President Putin defends Mother Russia. No small task either in the face of the godless Western hordes whose sole aim is to destroy and plunder the expansive country for its rich natural resources. Neighbor China though has awoken to the ruse. Where's Cromwell now? God only knows his modern equivalent is nowhere to be found in the West. That much is certain.