The situation in the Donbas has deteriorated sharply during the recent days. Ukrainian security forces struck powerful artillery blows on the positions of the armed forces of Novorossiya and residential areas of Donetsk, as well as settlements of Makeyevka, Yasinovataya, Gorlovka and Dokuchaevsk. 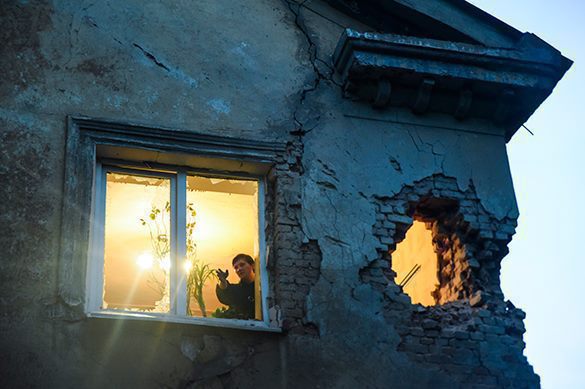 A power line was damaged in the shelling, electricity supplies to the Donetsk filtering station were interrupted, dozens of homes were destroyed. Eyewitnesses say that the scale of destruction and the intensity of the attacks is similar to hostilities from 2014.

Due to the escalation of the conflict in the Donbas, Ukrainian President Petro Poroshenko interrupted a visit to Germany. Pravda.Ru asked director of the Center for Political Analysis and Technology in Donetsk, Sergei Baryshnikov, to comment on the situation in the region.

"What is the current situation?"

"They shell us all around the clock, and it does not matter whether they have a day or a night shift. It appears that they have to implement a certain assignment. Water supplies are likely to be cut because they target a filtering station near Kamenovskaya. There are other infrastructure losses, but the worst is civilian casualties.

"The OSCE does nothing. They only record the results of all attacks and attempts of the Ukrainian military to expand the control zone. By the way, the latter get ready for a large-scale offensive."

"Why has the situation worsened so dramatically in recent days? What are the causes?"

"The Minsk Accords is a legal document of zero effect - this is the prime cause. People of Donetsk believe that they either have to return under Kiev's administration or succumb to Renat Akhmetov, who still remains the main figure here in our everyday life."

"What was the goal for Poroshenko's visit to Berlin? Senator Alexei Pushkov believes that his urgent return had been planned in advance. Does Poroshenko look for reasons to bargain with Trump?"

"Quite possibly, he wants to show the Trump administration that Washington will have to admit Ukraine's activity. Ukraine has reformed its armed forces, and the Ukrainian army has been mobilized well enough. At the same time, we need 100 fighters on a conditional line of fire, but we have only 20 of them there.

"The Kremlin, as it seems to me, is playing a very subtle game. The People's Republics of Donetsk and Luhansk may contribute to the economic growth of the Russian Federation. This is not like Aleppo and its bazaar. We are an industrial region, and Russia should take us a little bit more seriously. As many as 40 percent of our residents remain devoted to the Russian world, but more than a half others are ready to return to Ukraine just to be able to live without war, without horrors."