Putin will not dictate how Syria should live

What is in store for Syria in 2017? Who will restore the war-torn country and what role will Russia play in the process? Pravda.Ru conducted an interview on the subject with Israeli analyst, former head of Israeli Nativ intelligence service, Yakov Kedmi. 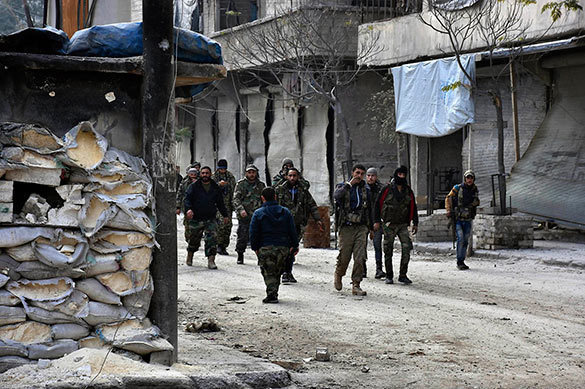 "One needs to understand two things. First, Russia has become a constant factor in the Middle East. When Russian troops started entering Syria, not everyone could understand that Russia was  coming to the Middle East not only for the purpose to help the Assad regime. At the same time, many believed that it would not be possible to regulate the crisis in Syria without Russia.

"As a result, Russia has become a constant factor in the Middle East, but not like the Soviet Union. Russia pursues completely different goals and uses completely different approaches turning into one of the stabilizing factors for the Middle East. Russia conducts talks with two major countries in the region - Iran and Turkey. For the time being, mainly because of Iran, Saudi Arabia and the Gulf states do not take part in the process, but this is a temporary phenomenon. At the same time, they talk to Russia. In other words, Russia has achieved an exceptional result in the Middle East that she has never had before.

"There is no country in the Middle East, which Russia would have strained relations with. Russia  can negotiate with Egypt, Israel, Saudi Arabia, the Gulf States, Iraq, Turkey, Syria, Iran - all of them. There are certain differences with Iran or Turkey. Turkey is a member of NATO - does Russia have any normal relations with any NATO member?

"In 2017, the Middle East will be much more stable. Secondly, terrorist organizations in Syria will be eliminated. This will not remove all the differences in the Middle East, but there will be no terrorist organizations left in Syria. Those who will not lay down their arms will disappear from the Middle East. Yet, the problem of the future of Syria will remain, because Syria is very complicated state. This is a multi-ethnic and multi-confessional country, in which the level of corruption today is a lot higher than it was before the start of the cvil war. I am convinced that the presence of Russia will give Syria an opportunity to remain a single state."

"Do you believe that even Saudi Arabia is interested in stability in Syria?"

"There will be no other way out left when hostilities and the civil war in Syria end."

"They have found a way out in Lebanon eventually, after 25 years of civil war."

"Lebanon is not an indicator at this point. What will happen in Syria will then happen in Lebanon too. The French separated Lebanon from Syria, but the two countries are inseparable. If something was happening in Lebanon, Syria was there to help. The French, the Americans, the Israelis - all had problems in Lebanon, and they all eventually asked Damascus for help, and it was Damascus that restored order in Lebanon."

"Is Russia going to offer its own solutions for the regulation of the Syrian crisis?"

"Based on what was happening and is happening on the post-Soviet space, I believe that Russia is not ready to regulate crises in other countries. Russia will not be able to rule Syria, but it will try to protect its interests there. Russia will also try to build normal relations with all political, national and religious structures in Syria. Unlike the USA, the Russian leadership does not have expansionist intentions in Syria. Putin does not want to dictate others how they should live."

"Who will restore Syria?"

"China, Turkey, Iran, and Saudi Arabia. Russia will be on top of them all, because Syria will give Russia preferences in all areas of the Syrian economy."