Can nuclear war break out on the Korean Peninsula?

Does China support Pyongyang? Can the Chinese intervene in a possible conflict between the Democratic People's Republic of Korea  and the United States? Senior officer at the Center for Korean Studies at the Institute of the Far East, Yevgeny Kim, gave an interview to Pravda.Ru, in which we spoke about North Korea's nuclear program and the possibility of the denuclearization of South-East Asia. 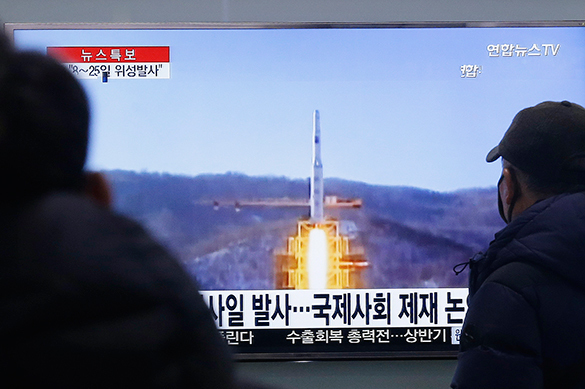 "North Korea is a closed  and little known country in many ways. Yet, who raised the question of a nuclear threat? After all, there are American atomic bombs in South Korea."

"China has been involved in this actively during the recent years, but one should not attach much importance to it. The mandate of the six-party talks was about the denuclearization of the Korean Peninsula. The question is not only about the elimination of nuclear weapons in North Korea. One should remove US nuclear bombs from South Korea and exclude a possibility for any type of nuclear weapons to appear on the Korean Peninsula on the whole.

"Last year's BRICS declaration did not mention anything about the the North Korean nuclear issue. Therefore, the leaders of the five countries do not believe that North Korea is guilty of this problem."

"The Americans would have shipped air defense systems to South Korea regardless of what kind of weapons North Korea would have had - nuclear or not. Russia is one of the great powers that has nuclear weapons, but Russia is not interested in the proliferation of nuclear weapons. Of course, Russia would not like to see the emergence of new nuclear powers in the world.

"Why does China keep silence?"

"China understands the reason, for which North Korea has to develop its nuclear weapons. The Chinese realize that the Americans deploy air defense complexes to contain China and Russia, not North Korea. The Americans do not even hide the fact that they have another nuclear warhead to be delivered to Germany. Nowadays, one can test and further improve nuclear weapons without a physical explosion, and North Korea would need to switch to methods of mathematical analysis."

"What will determine the economic development of North Korea - Sangun or reforms?"

"Reforms, definitely. Sangun - the policy of the supremacy of the army - appeared in the mid-1990s, when the country was in dire straits. The country was forced to unite as a military camp and create the mobilization economy. Sangun made it possible to overcome a very difficult period in the history of North Korea, and the country continued its development, where rigid military control was not required. Now they conduct reforms."

"Do you think a nuclear war may break out on the Korean Peninsula?"

"No, a nuclear war will not break out on the Korean peninsula, as North Korea will not use military weapons first. The Americans have a theory of pre-emptive nuclear strike on North Korea, and Russia too, by the way. North Korea does not have such a theory."