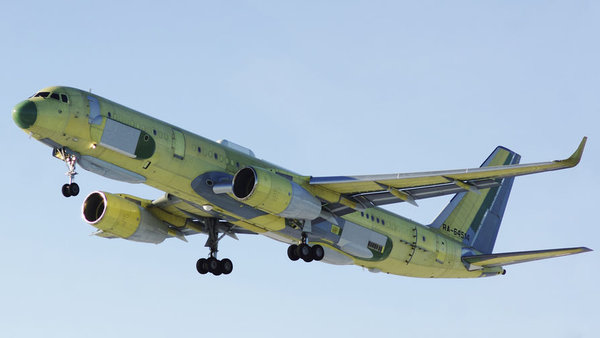 According to Flightradar24, the aircraft took off from the airfield in Kazan, flew above international waters of the Caspian Sea, above the territories of Iran and Iraq, before it landed in Hmeymim on Monday evening.

The Russian air group in Syria currently consists of Su-27, Su-30, Su-34, Su-24 and Su-25 aircraft, as well as Mi-8 and Mi-24 helicopters. Strategic missile carriers Tu-22M3, Tu-160 and Tu-95MS are also involved in the operation in Syria, officials with the Defense Ministry of the Russian Federation said in November.

Tu-214R is electronic and opto-electronic reconnaissance aircraft. The Tu-214R made its maiden flight in December 2009. There were only two of such aircraft built. The aircraft is capable of tracking down Turkey's military activities at distances of hundreds of kilometers.