From Cast Lead to Schabas's defeat: The collective punishment repeats 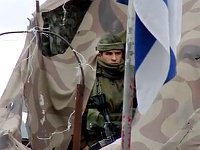 On Tuesday 3 February, Reuters News agency reported that the head of a UN inquiry into last summer's Israeli military offensive "Protective Edge" in Gaza has said William Schabas, a Canadian academic, will resign after Israeli allegations of bias due to consultancy work he did for the Palestine Liberation Organisation. Schabas's investigations were to be compiled in a report, due this March, but Schabas's fate is of no great surprise to many who have monitored previous attempts, namely, Judge Goldstone, to make Israel responsible for the killing of thousands in Gaza.

Schabas was given the mandate on 22nd of July 2014 when the United Nations passed a resolution that would begin an investigation into human rights violations in Gaza unleashed by Israel's military assault in its newest "Protective Edge" operation when more than 2,100 Palestinians were killed, and according to U.N. estimates, at least 70% of the Palestinians killed were civilians.

The United States is the only country in the world that voted against the resolution, and its support of Israel's current "collective punishment" recalls a similar massacre by the Israeli army in 2008/9 that sparked the United Nations Fact Finding Mission on the Gaza Conflict, known as the Goldstone Report. Any action the report recommended back then was also vetoed by the United States. Hence, understanding the fate of Goldstone and his Report helps make sense of why Schabas has resigned.

The current UN resolution (and Report in March) will probably prove fruitless too, however honest or virtuous the people involved in the investigation are, because any UN attempt to make Israel accountable to war crimes will be vetoed probably again by the United States, as it happened to be back in 2009, shortly after Judge Richard Goldstone submitted his report. In April of 2009, Goldstone headed a team established by the UN Human Rights Council (UNHRC) to investigate the war crimes during the Gaza War of 2009 or otherwise known as "Operation Cast Lead."

Goldstone is a Jewish Zionist and was born and raised in South Africa, where he came to prominence with his investigations of vicious behaviours of white security forces during the anti-apartheid movement. One investigation of his led him to uncover Nazis war criminals in Argentina, while his international reputation for investigating violence led directly to him being nominated to serve as the first chief prosecutor of the United Nations International Criminal Tribunal for the "ethnic cleansing" in the former Yugoslavia and for genocide in Rwanda from August 1994 to September 1996.

Goldstone's report, published in Sept. 2009, charged both Israel and Humas with war crimes that occurred between 27 December 2008 to 18 January 2009 during the "Operation Cast Lead" conflict, which killed more than 1,300 Palestinians and 13 Israelis. When the report was submitted to the General Assembly in October of 2009, according to Goldstone, it was initially rejected because many members focused on the report's condemnation of Israel (allegations of being bias?) while ignoring his report's details about the war crimes committed by Humas.

Goldstone publically denounced the Israeli accusations of biasness and called upon these UN members to respect the report's criticism of Humas as well. Finally, a second resolution on 26 February 2010 was passed that took into consideration the war crimes of Humas, but still the Americans made it known that none of the 15 Security Council members would take action against Israel, so the report's recommendations were ignored and Goldstone was dismissed.

One of the most striking descriptions of "collective punishment" induced by Israel in the report is "the attacks on the houses of Ateya and Wa'el al-Samouni, which killed 23 members of the extended al-Samouni family" (Par. 706). Paragraphs 706-735 detail the Israeli army's massacre of this family. In these paragraphs, the reader are taken into the home of the al-Samouni family and are witnesses to Israeli soldiers who open gunfire inside the room in which all the approximately 20 family members were gathered. "Several were injured, Ahmad, a boy of four, particularly seriously...The soldiers then moved to the next room and set fire to it. The smoke from that room soon started to suffocate the family. A witness speaking to the Mission recalled seeing 'white stuff' [White phosphorous] coming out of the mouth of his 17-month-old nephew and helping him to breathe" (para. 709).

Even to this day, Benjamin Netanyahu's government has not been held accountable for this massacre. It is true that in October of that year, Netanyahu stated publically that he would put together a team that would execute an internal review, but he also made it clear (The Jerusalem Post 25 October 2009) that "the team would not question soldiers and officers" involved in any of the killings that took place. A year after the massacre (Jan. 2011) Democracy Now's Angele Comet visited the al-Samouni family and reported that the Samounis remained in dire poverty and living in make-shift houses, and yet even worse, no one from the Israeli government had ever contacted them.

Although Judge Goldstone admitted in an interview (Bill Moyers Journal Oct 23, 2009) that Israel has every right to defend itself from any enemy, he also argued that Israel does not have the right to collectively punish innocent people from Gaza. Hence, according to the Goldstone Report collective punishment is what Israel is guilty of, especially when the ratios involved are considered. In the "Cast Lead" operation there were 1,300 Palestinians and 13 Israelis killed. In the current "Protective Edge" operation, more than 2,100 Palestinians were killed, and at least 70% were civilians.

Therefore, Schabas's resignation, apparently founded on Israeli allegations of biasness, is just another attempt to derail the process of international justice. In Goldstone's situation Israel resorted to the tactic of condemning Goldstone for being bias against Israel, and now in the case of Schabas Israel is exploiting international ignorance by resorting to the same tactic. Hence, the topos fits well here: "those who do not learn from history will be fooled to repeat it."

Gib McInnis is the founder of InExile Publications, which has re-published Paul Goodman's Moral Ambiguity of America, with an Introduction by him, and Sir Leonard Woolley's Ur of Chaldees. He also published numerous stories as a freelance journalist for the Sherbrooke Record and the Quebec Chronicle Telegraph, Canada.  See his writings on his Amazon's Author Page