Benjamin Netanyahu and the philosopher's stone

Israel is nearing the completion of the 2nd cadence of Benjamin Netanyahu. For the third consecutive week, local media has been tirelessly playing up the theme of possible early elections. The latter can be held early next year due to the disagreements within the government on key issues of fiscal policy. However, even if the elections to the Knesset, according to the law, are held next year, Netanyahu and his colleagues will have to fight with the opposition parties, whose popularity may increase due to the adoption by the cabinet of tough measures to reduce the budget. 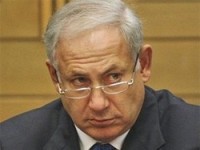 However, the society feels increasingly more fatigued due to the repetitive bellicose statements of the Prime Minister against Iran and the Lebanese terrorist organization "Hezbollah." The paradox is that Bibi Netanyahu, who delivers fiery speeches from the podium, often finds support neither from the Right nor the Left. Some accused him of indecision, others - of an irresponsible desire to wage a war. The other day a retired judge Eliyahu Winograd unexpectedly criticized Netanyahu, who, in his opinion, was not able to adequately respond to the challenges in the region. Winograd' Commission was investigating the Second Lebanon War, and brought a great deal of trouble to those leaders who were then in power. Now the former head of the commission is criticizing the Prime Minister based on a detailed study of the military-political situation both in Israel and abroad. The country will face hard times in the event that the leadership decides to attack Iran.

"The Islamic Republic, no doubt, will try their hand at launching rockets, and strategic points of the country will be threatened ", news agency Cursor quoted Eliyahu Winograd. He accused Benjamin Netanyahu of inconsistency. "Nobody is talking about an attack on Iran. Moreover, who is going to attack? You are going to attack? Sit in silence and work. Secretly prepare and then attack," said the retired judge. Meanwhile, the Israeli home front is not prepared for a massive attack on Iran, "Hamas" and "Hezbollah."

Only 40 percent of the people have gas masks, and 700,000 have no acceptable shelter, said Winograd. Against the background of the continuing uncertainty in the Iranian issue, the harsh statements of Winograd play into the hands of the Israeli opposition. The opposition leader Shaul Mofaz, who at one time served as a defense minister, was quick to use the words of Judge Winograd for his purposes. On September 1 Mofaz said that Netanyahu has lost all sorts of directions and was leading the state to irresponsible steps threatening the country.

Another incident that shows the growth of the political tension in the country took place during a closed session of the Cabinet Security on September 5. The head of the government unexpectedly suspended the meeting and said that there was a traitor among the attendees. Netanyahu accused ministers of deliberately leaking classified information to the press. Under these circumstances, further work session was pointless, categorically stated the Prime Minister. The proceedings of the Cabinet were in fact leaked to the media before the meeting. However, ordinary citizens failed to find out anything about what the government intends to do in relation to Iran, which, according to the Israeli analysts, continues secret development of the nuclear military component of the program.

The newspaper Yediot Ahronot reported only that the previous meeting of the Security Cabinet ended without any result, because the timing of strikes on the Iranian nuclear facilities has not been agreed upon. The security services and the army warned Prime Minister Netanyahu and Defense Minister Ehud Barak of an attack on Iran in the coming months.

Meanwhile, over the years a lot of unsolved problems in the social sphere have accumulated in Israel. Regardless, the defense spending continued to grow. In January of 2012 an increase of the defense budget by six percent was announced. In 2011, thousands of ordinary Israelis demonstrated their disappointment with the socio-economic policy of the government during the mass demonstrations against rising prices for housing and food.

Even if we put aside the voices of the discontent that have always existed, the economic situation will not improve. Netanyahu's second term ends with a growing budget deficit (the experts do not rule out that it will reach the level of 4.5 per cent in 2013). To prevent the crisis, the government plans to further reduce social spending. A total reduction of the budget expenditures will reach an astronomical sum of 14 billion shekels. The tax burden in 2013 will also significantly increase.

In any case, the implementation of the budget cuts could mean the further growth of social protest. However, it is not clear how the balance of power between the key players will change in the upcoming elections. Now the ruling party "Likud" retains its leadership, and can count on 25-30 seats, the Left Party "Avoda" - 18-20 seats. It is not ruled out that the position of the Left will intensify once the budget for 2013 is approved.