Spy devices disguised as rocks were found on an uninhabited island near the Russian base at Tartus. Israel is keeping an eye on other military objects in Syria served by Russian experts, and may have intelligence operations in Russia. The country is selective about sharing this information with its allies. 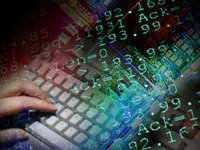 A Lebanese television channel Al Alam showed in a broadcast from Damascus three large devices disguised as rocks found on the island of Ant. They included six batteries, cables, transmitters, a video camera and a satellite dish. The TV host mentioned that similar devices were discovered in 2010-2011 in Lebanon. The information hit the media a week after Russian Defense Minister Sergei Shoigu said that Russia had the potential to expand the task force of the Navy in the Mediterranean Sea on a permanent basis. Navy Commander Admiral Viktor Chirkov confirmed that the Mediterranean squadron would be formed from the ships of the North, the Black Sea, and possibly Pacific fleets.

"The ships will likely be based in Tartus on the Syrian coast,"   said head of the Center for Military Forecasting Anatoly Tsyganok. Navy warships of Iran, one of the main enemies of Israel, also sometimes stop in Tartus. The movement of people and vessels in the area has to be tracked by the Israeli security forces, and they are not alone. Syrians believe that Israel is interested in the possible escape of President Bashar al-Assad in Tartus and movement of Syrian troops.

The goal of this information is to show that Israel is trying to crack the Russian systems and data while provoking Russia for retaliatory action against Israel. The second issue is to emphasize the role played by the "Israeli occupation forces" (the Golan Heights) in the further destruction of the country. A leading television channel Al Alam stated that this was the evidence of Israel intervening in the events in Syria when the Syrian people and the entire nation become its target.

Israeli military and intelligence agencies have a great command of the comprehensive strategy of intelligence - through agents, telecommunications and satellite. Here are some facts that were leaked to the press. There was a story with the movement of a convoy to Lebanon from Damascus (and its subsequent bombing) that was allegedly transporting Russian antiaircraft missile systems and laser-guided bombs. There was also a story of the Egyptian businessman Tareq Abdul Razzak, who was arrested in Egypt in May 2010 for spying for Mossad. He allegedly recruited Egyptians working in telecommunications companies in Syria and Lebanon, and gave Mossad information about the Syrian nuclear program from the Syrian security services.

In addition, recently a newspaper of Israel Defense israeldefense.com reported that Russian experts recently updated range radar systems in Syria in order to provide an early warning signal to Iran in the event of an attack on its nuclear facilities. The newspaper wrote that the Russian experts were working on the radar located in the south of Damascus. They brought new equipment and updated the software. The upgraded radar covers a wide area in the eastern part of the Mediterranean, and can detect air targets at ranges of up to hundreds of kilometers. Didn't the Israeli secret service informed Turkey on deliveries of Russian equipment for the Syrian radar, which resulted in scandals over the detention of an aircraft of "Syrian airlines" in Ankara in October of last year?

It would have not been that interesting if a month later, on March 30, the information on the rocks with beautiful details had not been confirmed by the British newspaper Sunday Times. According to the newspaper, the equipment found by the Syrians was very complex, and was installed by an elite Israeli commandos unit " Shayetet 13." They landed on the island on rubber boats from Dolphin-class submarines at least twice. The newspaper noted that the immediate challenge of the commando was not so much to go unnoticed by the Syrians, but to avoid the risk of being detected by "friendly" patrols of the U.S. Sixth Fleet and the British monitoring station in Cyprus that are also closely watching the Syrian coast. Obviously there was a good reason to point out Israel's unfriendly position.

The CIA has repeatedly signaled that Israel did not coordinate with allies. The Associated Press in August of last year published an opinion of some agency staff about the fact that Israel was not a reliable partner of the U.S. in the field of security cooperation. The Americans recognize that the security services of Israel are very well technically equipped and work effectively, but have their own interests, especially in relation to their neighbors. In addition, Israel often works against the United States. In 2006, a former Pentagon analyst was sentenced to 12 years in prison for the exchange of classified information with an Israeli diplomat and two pro-Israel lobbyists in Congress. "It's a complex relationship," said Joseph Wippl, head of the CIA in Congress. He said that Israel pursued its own interests, while the US pursued its own. He added that this was a balancing act for the U.S.

What are Israel's interests in the region? The main task is to prevent the delivery of modern weapons to Lebanon, meaning, to Hezbollah. Given the fact that the Russian warships recently visited Beirut, there will be more work. Another task is to prevent losing Golan. This is high ground, and there are sources of drinking water in the area. President Assad has always fought for the return of Golan Heights, but there are no guarantees that this thought would not be abandoned by those who replace him in office. Of course, now Syria is weakened, but Israel has to think in terms of historical perspective. To do this, according to the figurative expression of the commander of the Israeli Air Force Amir Eshel, Israeli intelligence work must continue "24 hours a day, 7 days a week, 365 days a year."