Joseph Stalin's grandson Yevgeny Dzhugashvili appealed to Moscow's Ostankino interdistrict investigation department with a request to initiate a criminal case for the rehabilitation of Nazism against the authors of the textbook on history for students of the tenth grade. 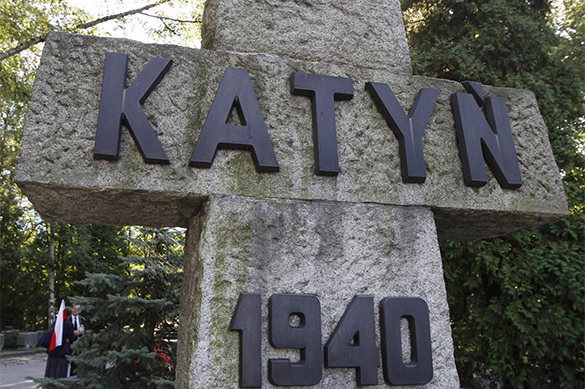 The textbook particularly says that mass executions in Katyn were allegedly conducted on orders from the Politburo of the CPSU from March 5. In this regard, Stalin's grandson attempted to oblige investigation to bring an action on this issue at the above-mentioned Moscow court, but the court did not support his position. Later, Yevgeny Dzhugashvili submitted an appeal to the Moscow City Court.

"The authors of the textbook deny the guilt of Nazi German troops in the massacre ... of 11,000 Polish officers, prisoners of war, in the Katyn Forest near Smolensk. They also deny the personal guilt of Hermann Goering and Alfred Jodl in the organization of this grave war crime," Yevgeny Dzhugashvili's lawyer, Sergei Strygin said.

Pravda.Ru requested an expert opinion from a member of the State Duma Committee for State Building and Law, Igor Lebedev.

"How else can people protect history from falsification?"

"We at the Liberal Democratic Party believe that one should not touch history. Each generation will give and may give a different assessment of what happened in the past. All depends on the political situation in the country, it depends on the position of the ruling party.

"Yet, if each party revises history again and again and rewrites textbooks, it will not lead to anything good. Today, we can already see Poland and Ukraine saying that it was not Germany that started bombing the Soviet Union, but it was the Soviet Union that bombed Kiev. Distortions of history will not bring any positive results. Also, there is no need to install different monuments to historical figures and name streets and cities in their honor."

"Do people have any options other than going to court to try to protect their history?"

"No, we do not have commissions, organizations or ministries for the purpose. There is no ministry for history. Therefore, I do not think that the court will be able to adopt a decision on the subject. One will have to dig into archival documents, KGB archives, as this is where the truth can be found, most likely. If one makes KGB archives public, I am not sure what will happen tomorrow then. I think it would be best not to open anything."

In turn, assistant professor of the department of history of socio-political doctrines of the Faculty of Political Science at the Moscow State University, Kirill Anderson, had the following to say on the subject:

"The question of the Katyn massacre has been actual for long. There is a lot of evidence to prove that those crimes were committed by the Soviet NKVD, so I do not know what can be revised here. I think this is the case when the truth was established and it does not make sense to revisit the subject, unless one needs to start a propaganda campaign for some purpose," the expert told Pravda.Ru.