Again Katyn: The factory of "truths" against Russia 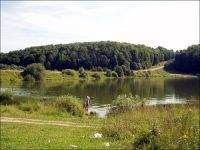 A wave of libel and slander against Soviet power was meticulously fabricated by revisionists for decades. The "truths" made against the first socialist state in history were initiated by Khrushchev and passed from hand to hand by the clique that seized the Kremlin until Gorbachev led to the dissolution of Russian socialism - and formalized its transition to capitalism.

The defamatory work, however, was not yet completed. Boris Yeltsin, allegedly, who took over management of the post-socialist Russian State, spent lots of money with forged documents that have joined the "files of the communist period," which were the icing on the defamatory cake initiated by the revisionists.

The forgeries included the Katyn massacre, letters of Stalin and Beria, among others. In fact, all that could attack the Soviet state and the direction of Josef Stalin.

Last October, the Russian deputy, Viktor Ilyukhin, gave a speech denouncing this factory of lies and mumbo jumbo in detail, showing documents, stamps and etc., all of which were fabricated by high officers of the Russian government over the years

A former agent of Boris Yeltsin, responsible for the numerous forgeries, contacted Viktor Ilyukhin, saying he intended to disclose information about the murder of Polish soldiers in Katyn. According to the former agent, early in the Yeltsin government, a group of forgers was formed, handsomely paid, and having at their disposal all the resources necessary to make forgeries, such as blank forms at the time of Stalin's rule, typewriters used in the period, forms, stamps, etc..

In his speech, Ilyukhin unmasked and debunked that which has already been noted, for example, that existing technology in the 40s would not be able to manufacture some types of stamps used in the fakes. He reveals that this technology has only been used in the late 1970s or early 1980s, and that, therefore, such documents attributed to the "Soviet state" could never be authentic.

According to the informant, the first headquarters of the group of forgers was Nagorno, and then Zareutye. They were participating in the group, besides the "specialized" people, allegedly the head of the Russian archive and the security chief of Yeltsin. It was the head of the archive, according to this source, Rudolf Pichoya, who handed the folder with the "documentation" about Katyn to the then president of Poland, Lech Walesa, in October 1992, in Warsaw. The agent also affirmed having forged the signatures of Beria, Stalin, Voroshilov, Molotov and Mikoyan.

Among the documents falsified by the group was the "Shelepin Letter" (which incriminates the USSR for the death of Polish citizens), a purported letter from Beria suggesting where the "Katyn massacre" would be and documents suggesting an association between the NKVD (Soviet secret service ) and the Gestapo.

The speech is available at Viktor Ilyukhin anovademocracia.com.br / blog with Spanish subtitles. More information about Katyn can be found in paragraphs 65 and 69 of AND.