Let us not forget: 500th day of Chibok kidnapping 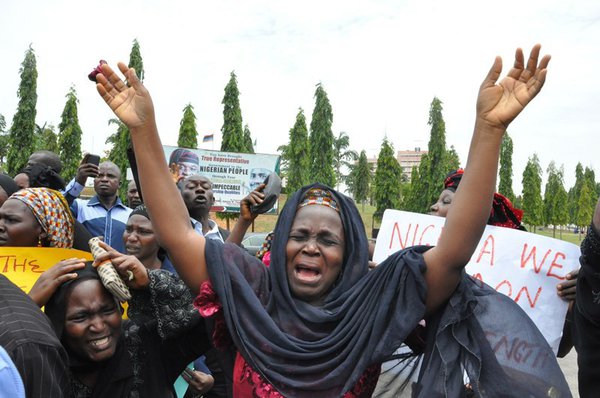 Over the past two years, Boko Haram has grown in influence and spread across the West African region with specific impacts on the rights of women and girls. The 500th day anniversary of the kidnapping of the Chibok girls in Nigeria recently passed. Despite a global movement calling for their return, most remain missing, with more women and girls abducted by Boko Haram each week. Millions have been displaced as a result of Boko Haram violence.

In light of this ongoing and deepening insecurity, UN Women welcomes the release of the report this week by the Office of the High Commissioner for Human Rights (OHCHR) on violations committed by Boko Haram. We underline the call to affected States and the international community to place gender equality at the heart of interventions. This is the only sustainable, systemic way to prevent and respond to the spread of violent extremism. Empowered women and empowered communities are the best defense against radicalization and further violence. We must engender counter-terrorism.

The OHCHR report's findings include disturbing accounts of widespread and targeted violations against women and girls, from forced marriages and sexual slavery, to forced pregnancies and forced abortions. Recognizing that the acts committed by Boko Haram, and the strategies used to counter them are profoundly gendered, the report recommends that governments of affected States ensure a gender sensitive approach to analysing and responding to extremist violence  "by ensuring effective participation of affected persons".   Practically, that is a strong call to act to empower women, and women's movements, to participate. These messages are in line with the key findings of a 15- year review of women's role in peace and security that is soon to be released. The report's findings provide strong evidence of the dramatic positive effect of women's engagement on the durability and success of response to conflict and achievement of settlement.  Our efforts must also involve building the capacity of women's civil society groups to actively engage, and strengthening our knowledge of the drivers of extremist violence.

Alongside this strategic role, there is the immediate urgent need to involve women in the design and provision of humanitarian response that addresses the specific needs of women and girls. They must be involved as equal partners. Protecting civilians, providing remedies for women and girls whose rights have been violated and ensuring they have access to comprehensive and integrated services is critical. In this respect, the report recommends a number of measures including establishing a mechanism for nullifying forced marriages, provision of psychosocial counselling, rehabilitation and social reintegration, comprehensive sexual and reproductive health services including HIV treatment and access to safe abortion, and measures to address stigma experienced by women and girl victims of sexual violence and their children.

The report brings to light the negative consequences of both terror and anti-terror activities. UN Women calls on affected states to give more consideration to the negative impacts of counter- terrorism strategies on civilian populations, particularly women and girls. Motorcycle bans, for example, have limited movement of teachers and children trying to go to school. For girls, the interruption in their education has increased their exposure to further rights violations including child marriage and trafficking. Schools must be kept going, not only for the education they give, but for the strength, security and solidity that their routines provide to children whose world is being so profoundly disrupted.

UN Women supported OHCHR with the provision of a sexual and gender crimes investigator, and welcomes the quality of the report's gender analysis and findings on gender-based violations. We join OHCHR in calling for affected States to take up the recommendations in this report, as well as those in the 15-year review of women, peace and security, and stand ready to support these efforts. Together, these actions provide us with a strong foundation to build the resilience of communities and the region against the influence of Boko Haram, and permanently address the root causes of extremist violence.