IS terrorists penetrate Europe in guise of refugees

Over 4,000 Islamic State radical fighters have penetrated Europe under the guise of refugees, the Western mass media says. 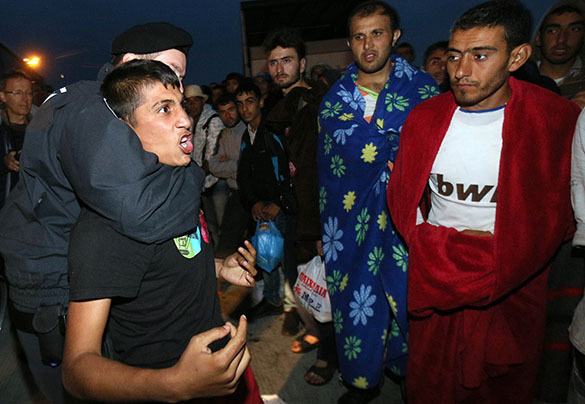 The British Sunday Express reported on 6 September that thousands of prepared IS fighters are currently in the European Union, according to the IS agent. The terror organization allegedly transfers armed fighters through the Turkish border and sends them further to the European countries.

Then with the help of local smugglers, terrorists join illegal migrants making their way to Europe. The source also noted, that the goal of terrorists' infiltration is imposing caliphate in the whole world.

Pravda.Ru reported that members of the special summit of 4th September carried out out by the Visegrád Four, that is Czech Republic, Hungary, Poland and Slovakia, stood for the strengthening of the Schengen Area security and against obligatory quotas for refugees adoption. The V4 countries are ready to adopt migrants, but strictly on a voluntary basis.