Not so long ago, not only was the patient not informed (s)he had cancer (the family was called aside) but the news of the disease was also received as a death sentence. Not today, where many types of cancer have become chronic health conditions rather than critical ones. Two upcoming webinars announced on sciencemag will announce new approaches. 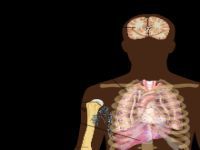 The first is Cancer Immunology: Charting the course forward for immune-profiling on April 1, in which the speakers will be Dr. Bernard A. Fox, from Providence Portland Medical Center, Portland, Oregon, USA and Clifford Hoyt, of PerkinElmer Inc., Hopkinton, MA, USA.

The webinar well focus on how numerous factors interplay making each case of cancer unique for each individual, as cells react in different ways, interacting with others in the same body. The webinar will point out that these interactions can ensure the survival of cells and will point out that even cells affected by cancer are influenced by the medium in which they are inserted.

The webinar will also show how new technologies and approaches to cancer treatment allow effects on the interaction of cells with cancerous cells/tumors and associations between tumor cells and the body's immune system.

Biomarkers are beginning to be used for targeted drug therapy in which the tumor is targeted and destroyed while the tissue surrounding it remains intact. The webinar will focus on how improved patient stratification can be brought to the fore to enhance clinical trials and new treatment protocols.

The main points raided will therefore be immune profiling using FFPE tissue sections, the development of biomarkers and the latest technologies and approaches for IHC methods and measuring cellular interaction.

This webinar will also focus on novel techniques and therapies, following up how bioscreening methods have been developing, and recent developments in imaging technology have aided high-content screening (HCS).