As most of you already know, marijuana is a recreational drug made from parts of the cannabis plant - usually the hemp plant known as Cannabis sativa - which contains the mind-altering chemical THC (delta-9-tetrahydrocannabinol.)  Some of the most common nicknames include pot, weed, and many others.  Many people have a positive view of marijuana, considering it in some ways safer than nicotine or alcohol, as using it does not lead to liver or lung disease - and it is clearly safer and less addictive than hard drugs like heroin and cocaine. 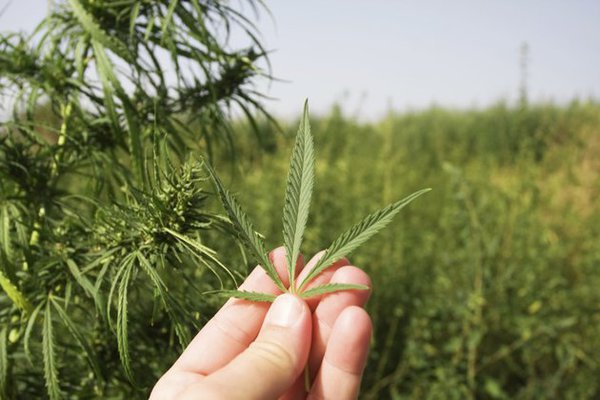 But this positive bias may be based on old information.  According to a report by the American Society of Addiction Medicine, the potency of THC has been soaring in recent years: "Between 1993 and 2008, the average concentration of THC in confiscated marijuana jumped from 3.4 to 8.8 percent."  With the rise in THC levels comes a rise in side effects and addiction - both hospital and rehab admission rates for teenagers abusing marijuana increased a whopping 188 percent between 1992 and 2006.  More problems from marijuana use affect the ebb and flow of American public opinion.

USA and backwards view of marijuana

The United States has in some ways had a backwards view of marijuana for almost a century - viewing it as inherently bad, when some newer findings overseas are showing enough positive benefits that serious marijuana research has started up again in America.  But the basic findings, after (largely foreign) research and testing many people (and multiple generations of rats) are that marijuana has its pros and cons, and affects some people differently than others.

Israeli chemist Raphael Mechoulam discovered THC in 1964 and carried out some of the first studies on how marijuana affects brain cells and structure.  More recent research shows that some people experience therapeutic relief from epilepsy, Alzheimer's, Parkinson's, multiple sclerosis, glaucoma, and chronic pain when they ingest THC.  It may also help with PTSD (post-traumatic stress disorder) because THC puts the amygdala - the part of the brain that filters out and represses unpleasant memories - into overdrive.  Marijuana can function as a key mechanism in "memory extinction."

It obviously makes most people who smoke or otherwise ingest it to absorb its active chemical, THC - feel really good.  Remember all that bad, stressful stuff that was bothering you?  Not anymore.  This is because brain cells communicate with chemical messengers called neurotransmitters which send instructions to the body on what to feel and what to do.  Some of these chemicals include dopamine, seratonin, glutamate, and another category called endocannabinoids - which activate certain receptors in the brain.  One plant on this planet makes a similar chemical - the cannabis plant marijuana is made from - and its THC replaces and interferes with some of our natural chemicals in the body.  As neuroscientist Giovanni Marsicano of the University of Bordeaux jokingly said: "We don't have a receptor in the body just to smoke marijuana."

But THC's overwhelming interference can feel really good as it affects feelings of hunger and pleasure - which is why people get the "munchies" and feel really relaxed when they get high on that least dangerous of drugs with many affectionate and harmless-sounding nicknames like Mary Jane.

How safe is it?

But is marijuana really the safest of the illegal (in some places, for now anyway) drugs?  Not for everyone.

Many people merely experience hunger, a sense of well-being and open-mindedness, a distorted sense of the passage of time, a distorted sense of vision (especially color), difficulty concentrating, thinking, remembering, problem-solving, and normal motor coordination (moving around) - along with temporary hallucinations and a minor sense of paranoia.  No worse than getting drunk, right?

It turns out that it wasn't just conservative propaganda that THC can make people go crazy and send them into a crime spree.  While it does not have that impact on the overwhelming majority of users, a small percentage of the population is genetically predisposed to having a kind of psychotic or schizophrenic allergic over-reaction.  Dr. Darold Treffert, who first noted this in the 1970s, says: "Some persons can safely use marijuana, but schizophrenics cannot."  And some people who don't know they are predisposed to the later onset of schizophrenia might be activated into it by using marijuana.  Marijuana can speed up the emergence of schizophrenia.

THC also has a much greater impact on teenagers' brains than on older people.  Harvard Medical School researcher Jodi Gilman warns: "It has a whole host of effects on learning and cognition that other drugs don't have... [and] it looks like the earlier you start, the bigger the effects."

Even the teenage brain is still developing and growing up to about age 21.  Prior to that, connections grow and are strengthened between neurons, like the brain is having a structural reinforcement to prepare for the decision-making of adulthood.  THC causes several problems in the brain, from affecting higher brain functions (like the ability to think out mathematical solutions or logical problem solving or restraining acting on one's impulses) and while this generally passes when an adult is no longer high on THC, younger brains that are still making connections and developing responses are permanently altered by the chemical.  Some doctors have made a comparison to removing RAM memory chips from a computer and expecting it to function the same as it had before.

Krista Lisdahl (director of the brain imaging and neuropsychology lab at University of Wisconsin) says the teenage years are the "last golden opportunity to make the brain as healthy and smart as possible."  Teenagers who experience chronic use of marijuana are likely to be significantly less able to perform complicated mental tasks and decision-making for the rest of their life.  Now if someone who could have not used it and performed better than 90% of the population chose to smoke pot as a teenager and as a result only performs better than 80% of the population, that person will probably think THC did not affect them.  As noted earlier, THC plays a role in supercharging the amygdala's ability to achieve "memory extinction."  That may be good for forgetting war atrocities, but it can be very bad for forgetting everything else a young student should be learning - from history to calculus to mastering adult socialization skills.  It is usually impossible to measure the lost potential on humans.

A rare study of over a thousand marijuana users (in New Zealand, by Madeline Meier, 2012) "showed that people who started smoking marijuana heavily in their teens and had an ongoing cannabis use disorder lost an average of eight IQ points between ages 13 and 38. The lost mental abilities did not fully return in those who quit marijuana as adults. Those who started smoking marijuana as adults did not show notable IQ declines."  The 8 point loss in IQ by age 38 was an average for those who smoked marijuana every day from an early age.  (Those who didn't have any marijuana by age 38 gained one IQ point.)  But as little as one time a week smoking marijuana is considered regular use that can change the structure of teenage brains and cause nerve cell losses comparable to people twice as old.  Most users do not consider such "infrequent" use significant, nor do most users participate in controlled studies; they simply don't realize how many IQ points they might have lost.

But in rats, scientists can experiment in ways that would be crimes against humanity.  And not only is the evidence clear that rats get hungry, lazy ("it decreased their willingness to work hard") and stupid on THC - it even affects the rats' children and grandchildren.  THC is apparently an "epigenetic" chemical (so are the active chemicals in cocaine and heroin) "changing the way genes express themselves in the brains of offspring" even when marijuana use ends long before pregnancy and there is no THC left in the body of the parent.  We won't even discuss the horrific side effects of marijuana use during pregnancy.  Pregnant women should not drink alcohol, smoke tobacco or marijuana, or use a variety of other legal and illegal drugs while pregnant - the baby's developing brain can be crippled by many chemicals.

From an evolutionary point of view, which is all about maximizing the ability to adapt to changes in the environment - DNA's ability to block or activate the expression of certain genes makes sense.  DNA may be much more reactionary than we were taught in school - it seems to respond to light and chemicals and other stimuli - and as for marijuana, that means that using it can not only affect your brain, but the brains of children you might have years in the future.

So what should we do with marijuana?  People have been smoking weed for at least 3,000 years.  It seems to have many beneficial uses for some people.  It induces mental illness and creates learning disabilities in others.  Making it illegal and comparing your brain on drugs to eggs getting fried in a pan hasn't stopped an estimated 35% of American teenagers from regularly using it.  The best solution may be a very complicated one involving more research and making the findings common knowledge to the public.  Only recently did researchers determine that THC causes an increase in levels of an enzyme called cyclooxygenase-2 (COX-2) in the hippocampus section of the brain region causing reduced learning and memory - and that ingesting over the counter painkillers like ibuprofin at the same time as smoking a joint inhibits COX-2 and negates many of the negative side effects of marijuana.  Genetic testing for genetic predisposition to negative side effects like schizophrenia will also become more feasible in the years ahead.

Until another generation of serious marijuana research is allowed in the United States, there is a lot more to learn.  For now, perhaps the best we can do is repeat the old adage - everything in moderation.  Teenagers have to understand that marijuana's "high" is affecting their brain in a way that obviously feels good while another less obvious impact is their brain's tragic loss of potential.

--- contributed by David Montaigne, author of