To legalize or not to legalize? That is the question which has claimed pride of place and which has divided generations for several decades. Considered by some as an innocuous weed, or natural plant, termed by others as a dangerous drug which can lead to psychosis, let the debate begin. 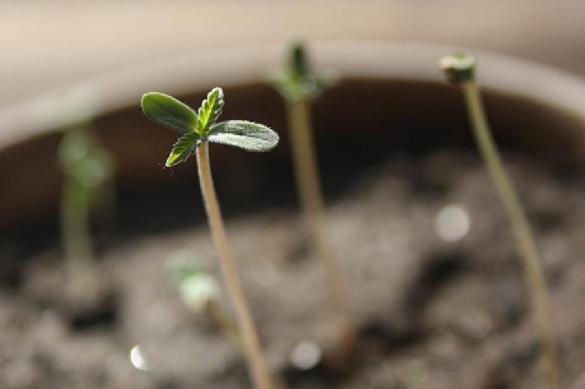 The cannabis plant is called Cannabis sativa. Its main active ingredient is delta-9 tetrahydro-cannabinol (THC) and its potency depends on the strength of its range of products. There are three forms of cannabis, namely Marijuana (made from dried leaves and flowers, being the least potent). It is smoked in hand-made cigarettes (joints) or consumed in edibles; Hashish (made from the resin of the plant and condensed into blocks and crumbled into joints, often together with tobacco. It can also be eaten); Oil (Hash oil is a thick substance obtained from the resin and is smoked. It is the strongest form of cannabis).

The recent annual meeting of AAAS, which publishes Science magazine, discussed the issue of public use of cannabis and sparked off a heated debate in many countries as to whether to legalize use of the plant, as has been done in Uruguay and certain States in the USA. The conclusions of the debate were published in February's issue of Science magazine.

To start with, cannabis has been around human beings for at least 5,000 years. And the question is, why do we know so little about it? The article in Science magazine (*) states that we know that there are 104 cannabinoids which react with the areas of our brains which are involved in the sensation of pain, mood, memory and appetite... yet the pharmacology of most of these 104 cannabinoids remains to be studied.

We do know that use of cannabis can reduce nausea and vomiting, and so it is useful to treat side-effects of treatments such as chemotherapy in cancer patients, and we do know that the use of the drug Sativex, manufactured using the psychoactive ingredient in cannabis called THC and cannabidiol (CBD), a non-psychoactive cannabinoid, can help patients suffering from multiple sclerosis.

There are some studies which indicate some promising results in the treatment of anxiety, depression, post-traumatic stress disorder, epilepsy and neuropathic pain... but here the trail leads us into a vast plain of unanswered questions, no clear confirmation in clinical trials and an absence of scientific evidence to draw up guidelines.

So five thousand years later, we are left with a handful of mainly younger members of society claiming it is cool to smoke weed and a disapproving Establishment which considers them as potheads or druggies who are well on the way to intravenous drug use.

Recently, it was claimed in the UK that use of skunk cannabis, a powerful synthetic form of the drug, will cause psychosis in 25 per cent of the users, and the Lancet Psychiatry Journal recently published a paper claiming that strong forms of cannabis can lead to serious mental illness. But there are sceptics who claim once again that far more research needs to be done to reach any conclusions.

Governments are not even united on where they stand: in the UK cannabis is a Class B drug, in the USA it is a Schedule I drug (a dangerous substance with no medical benefit). In Russia, like in many countries, cannabis is illegal but decriminalized for personal use, for transportation or cultivation in small quantities but it is a criminal activity to sell. In Uruguay and the Democratic People's Republic of Korea, it is legal in all four categories.

(*) "The marijuana plant: Everything you wanted to know about medeical marijuana, but were too afraid to ask". Science magazine February 2015. Author Lizzie Wade, Science Magazine's Latin America correspondent.