Three conditions to force the US dollar system to collapse

Russia has recently disposed of US Treasury bonds, but the move was like a gnat bite for the US financial system. To force this system to collapse, one needs to meet three requirements. Does one need to force the US dollar to collapse, though? 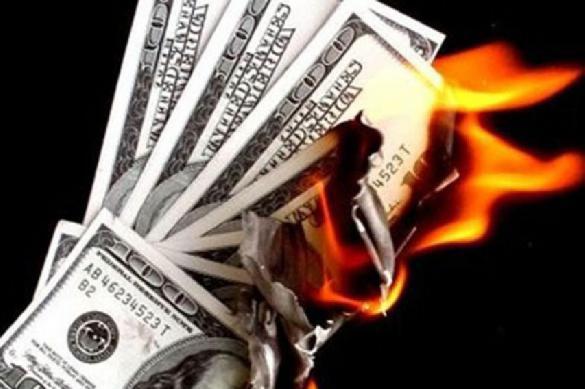 In 2015, Donald Trump told Fox News that the United States could become another Spain or Greece that were standing on the verge of financial collapse. According to him, the US has been borrowing from China and other countries and has thus amassed the public debt of 13 trillion dollars.

If America's debt is so large, why hasn't it collapsed yet? The answer is simple: there are too many of those who want to invest in the US economy. During Trump's presidency, USA's public debt has increased to 21 trillion dollars - all because the Americans accurately pay off their bonds worth about ten trillion dollars a year. The US dollar is a commodity, a world reserve currency, and if banks run out of dollars, the entire world economy will collapse. The more dollars creditors have in their reserves, the more stability one gets.

Can the USA come across difficulties in attracting new loans to pay off old ones? The world community is convinced in the stability of the US dollar based on the Bretton Woods agreement. Plus, the US and Saudi Arabia had agreed to trade oil in US dollars, and all countries had subsequently joined their agreement. All exchanges buy and sell oil and other raw materials only for dollars. All banks maintain more than 60 percent of their liquidity in dollars. The euro accounts for only 30 percent, whereas the yuan and other currencies account for only ten percent.

It is very hard to shatter the world's faith in the US dollar. The above-mentioned agreements and treaties can be revised only as a result of a war. Is there a peaceful way? Technically, the dollar may decline in value considerably, prompting market members to sell their dollar assets. These market members are the countries that hold US bonds and futures, as well as ordinary investors, such as, for example, citizens having dollar bank accounts. For this situation to happen, at least several conditions are required.

First, the dollar should be weak. Trump as President has broken the 70-year tradition to support the strong dollar. The weak dollar gives the government an opportunity to service the debt more easily. In addition, Trump sees the strong dollar as a hindrance to his trade war with the world. The Wall Street Journal said that the dollar exchange rate remains ten percent overvalued. To liquidate the USA's trade deficit of 500 billion dollars, the rate of the US currency will have to decrease considerably.

There is a reverse side to it too. The debt-to-GDP ratio currently stands at over one hundred percent, and calculations show that it will grow. This factor will undermine confidence in the dollar.

Secondly, one needs to have a viable monetary alternative for buyers and investors. If we get rid of the dollar, what are we going to buy instead? How are we going to trade? One may suggest the yuan and the euro, but the yuan is a regulated currency, and the euro is a regional one. It does not look like China wants to switch from commodities to capital trade to make the yuan a convertible and strong currency.

Thirdly, someone needs to push the dollar to make it collapse. Debt holder nations could, as it seems, massively dispose of US bonds. It's only about five trillion dollars: if China and Japan started disposing their treasury stock on the secondary market, this would cause great panic. Yet, the yuan fluctuates within a corridor. China artificially lowers its rate to quietly enter the US market. In addition, US bonds bring China a stable income in dollars, which the country needs to meet importers' demand.

Japan is now trying to exit the 15-year deflation cycle after the 2011 earthquake and Fukushima  nuclear disaster. If the dollar becomes weak, then the goods valued in yuan and yen will cost relatively more in the United States. They will become less competitive.

The countries that lend to the US may start selling US bonds either for political reasons or if they see their stocks dropping in price too quickly and they have another export market to replace the American one.

Thus, the collapse of the dollar, and therefore of the American system of living in debt is unlikely to happen. If it happens, the world will experience a global economic shock. Gold, the euro, energy carriers and other goods will become more expensive. The debt service will grow, US import prices will rise sharply, hyperinflation will follow, and exports will not yield any revenue. Inflation, high interest rates and volatility will suppress the growth of the real sector. The United States, perhaps, will launch military redivision of the world, since every war brings profit and economic recovery.