The historic conference in Bretton Woods ended on July 22, 65 years ago. The members of the conference agreed to establish a system of payment based on the US dollar and established the dollar peg with gold. The conference also resulted with the establishment of the International Monetary Fund and the World Bank. 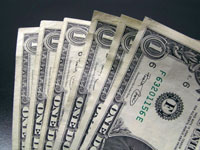 The Bretton Woods currency system, which set the dollar-based financial rules in the post-war world, has proved to be justifiable. However, the system has changed a lot since then and continues changing, Dmitry Pankin, an official with Russia’s Finance Ministry believes.

“The present world currency system is completely different. The USA unilaterally terminated the convertibility of the dollar to gold during the 1960s. Secondly, all countries practice the peg-free floating currency rate nowadays. As a matter of fact, we are living in a different world,” the official said in an interview with RIA Novosti news agency.

On the other hand, the official added, the system is unable to prevent economic difficulties. “A crisis always lies in the beginning of any economy. A crisis may occur in any system that man can create,” he said.

The dollar will remain the international reserve currency, but the world will be aiming towards the multi-currency system of payment.

For example, the influence of the European currency in the system has been growing steadily. The Brazilian real and the Chinese yuan will most likely be strengthening their positions too.

“Yet, it is hard to say that the system of currencies will change drastically in 10 or 15 years,” Pankin concluded.