US national debt: A bubble that does not actually exist

The recent decision of the US president to raise the limit of the US national debt threatens the economy of the European Union and the whole world, let alone the United States of America itself, European financial analysts believe. 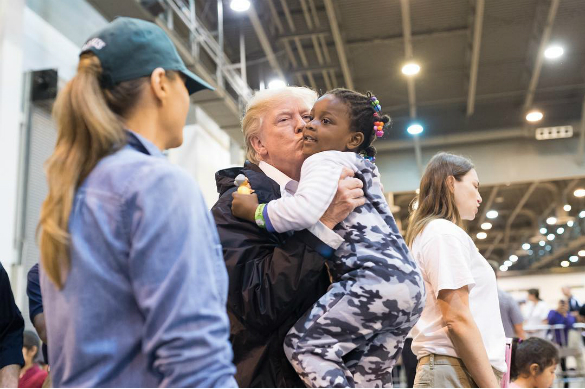 The EU Economic and Financial Committee protested against the decision of US President Donald Trump. "His influence can be much more destructive than we thought it would be," German newspaper Spiegel quoted the communiqué of the committee.

Members of the committee - senior officials of EU finance ministries - are concerned about the plans of the Trump administration to raise costs. "The situation with the US national debt has lost stability" and carries "short-term risks for the world economy," the document says.

The ceiling of the US national debt: There is no ceiling

The members of the committee note that investors have not been showing much interest in the USA recently. This is a very worrying sign that indicates potential vulnerability of the US economy. Raising the public debt will only aggravate the problems that the American economy is facing today, the committee noted.

In addition, Europe does not approve of Trump's commitment to protectionism and his attempts to reduce government spending on healthcare. In general, "the growth of the public debt carries risks for global conjuncture in the short term perspective, because it causes an outflow of international creditors," EU financial experts say.

Donald Trump agreed to temporarily raise the ceiling of the US national debt before December 15  of this year. The press communique of the meeting of the president with Democratic congressmen said that the two sides should take every effort to avoid default in December and work together on many issues.

For the time being, the amount of the US national debt has reached an astronomical amount of 19.8 trillion dollars. During Barack Obama's presidency, the debt of the USA has doubled since 2008, and now it has reached 105% of GDP.

For comparison: Russia's national debt is 19.43% of GDP ($254 billion). According to the IMF, a state with a debt of not more than 25% of GDP can be considered an economically prosperous nation.

The White House explains its decision with  the need to spend a lot of money on the liquidation of devastating consequences caused by Hurricane Harvey, the strongest hurricane that the USA has seen in the last 12 years. The House of Representatives supported Trump's proposal to allocate $7.85 billion to help victims of Harvey.

Meanwhile, US-based Prime agency notes that the United States may face temporary default if the president's decision is not approved on the legislative level before October 1, 2017. All public employees will be forced to go on unpaid leave, and only national security-oriented departments will continue working.

Of course, finance, unlike accounting, is creativity. Until recently, any questions about the US dollar security would be unacceptable at any financial meeting. Yet, international banking analysts may take absurdity to the level of unacceptable. Thus, when it became obvious that the economy of developed countries was far from being developed, they started talking about incomes of the population and the permissible level of indebtedness.

The US is not the only country in the world that suffers from an overwhelmingly high level of public debt relative to GDP. All developed countries of the world are in debt to the armpits. The amount of the national debt of France is 98.84% of GDP, Spain - 98.47%, Belgium - 106.52%, Portugal - 127,33%, Italy - 131,71%. Japan holds the record with 250.91%. It goes about sovereign debt here only, without taking into account the debts of large corporations.

The dynamics of the US national debt

Usually, economy uses the so-called median value - the real income level corresponding to the largest group of the population. In addition, one should take into account USA's underdeveloped sectors of public pension insurance and healthcare service. These sectors are underdeveloped in Russia as well, but, when calculating the state debt, Russia does not exercise in wishful thinking.

In fact, the Americans can raise the limit of their national debt as many times as they want, because there is no control - either on the national or international level - over the public debt in America. The United States of America is perhaps the only country in the world where a private joint-stock company plays the role of the state bank - the Federal Reserve System (FRS). Paradoxically, the FRS is not only the main state-run bank, but also an agency that supervises activities of banking institutions. The system consists of representatives and owners of the banks that it is supposed to supervise.

In 2008, the US Chamber of Accounts concluded that the FRS outsourced almost all emergency assistance and lending programs to private contractors, such as JP Morgan Chase, Morgan Stanley and Wells Fargo. These companies received trillions of dollars in loans from the Federal Reserve at close to zero interest rates. About two-thirds of the contracts that the Fed managed as part of its emergency lending programs were concluded outside tenders. To crown it all, the Fed appropriated the right to uncontrollably credit foreign state-run banks.

According to the statute, the Fed is an independent federal agency of the US government. Before 2008, the Fed's activities were not subject to compulsory auditing. The bottom line is: there is a small group of people at the head of the world financial system. These people determine the level of the dollar issue, the amount of the public debt, and lend money to their own government. As a result, we are dealing with a legitimate system of privatisation of the world financial power, based on American aircraft carriers and the nuclear triad.

It does not matter how high the ceiling of the US debt is going to be raised. More than 80% of US public debt is of national origin, which means that the USA owes most of its debt to itself. Needless to say that the USA can write off the debt to itself at any moment, so there is no financial disaster coming from this direction.