After the recent decline in oil prices, many oil-producing countries have stopped investing in oil production. This may lead to oil shortages and interruptions in oil supplies in the next three years already. As a result, prices on gasoline and diesel fuel will grow, a report from the International Energy Agency (IEA) said predicting the state of affairs for the global oil market in the next five years. 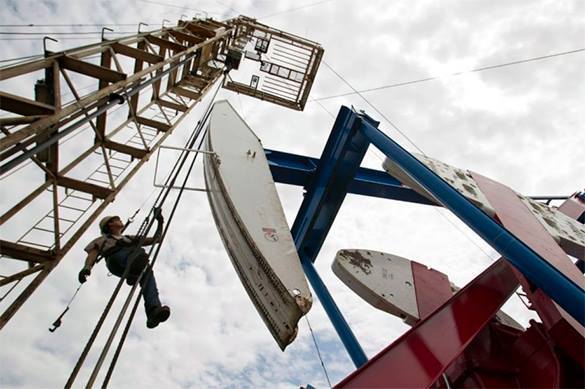 According to IEA chief Fatih Birol, current conditions on the market are completely different from what they were a year ago. Birol also refers to the recent change in the strategy of OPEC states.

For a long time, the OPEC was aiming maximum volumes of production not to let American shale oil producers enter the market. As a result, the price per one barrel of oil fell below $30. Last year, OPEC and 13 other countries outside the cartel decided to restrict production, having triggered a rise in oil prices up to 55 dollars per barrel, Die Welt wrote.

The IEA does not doubt that oil prices will continue rising, as the phase of cheap oil always leads to certain consequences that manifest themselves in three to four years. Until recently, oil-producing countries were not making any investments in new oil projects. Therefore, it remains unclear how they will cope with the growing demand.

In the next three years, there will be enough oil on the market, but the supply will decrease significantly later. The trend shows that the peak of the deficit will fall on 2022, when oil production capacities reach absolute minimum over the past 14 years,, the report says.

According to forecasts, the world will step over the "magic threshold" of 100 million barrels a day as early as in 2019. In 2022, mankind will be consuming up to 104 million barrels per day. The demand in oil will grow presumably at the expense of Asian countries, such as China and India.

If no decisions on new projects are made, oil supplies will not be able to meet the demand after 2020, the report also says.

Naturally, the US, as well as a number of OPEC members such as Iran, Iraq and the UAE, will increase production volumes, but it will not be enough to keep prices on their current level, especially if Russia keeps its current output, while Nigeria, Algeria and Venezuela are expected to cut production.

On November 30, the OPEC summit in the Austrian capital reached an agreement to cut oil production from January 1, 2017 to a level of 32.5 million barrels per day. Thus, OPEC countries are expected to reduce the average daily production by almost 1.2 million barrels.

In the beginning of December, eleven other non-OPEC countries joined this agreement: Azerbaijan, Bahrain, Brunei, Equatorial Guinea, Kazakhstan, Malaysia, Mexico, Oman, Russia, the Republic of Sudan and South Sudan. Taking into account these countries, the total reduction in the first half of 2017 will make up 1.7-1.8 million barrels per day.