What strategic decisions should Russia make not to fall victim to declining oil revenues? Pravda.Ru conducted an interview on the subject with Vladimir Polevanov, Vice-President of Strategic Resources of Russia National Fund, Doctor of geological-mineralogical sciences, Academician of the Russian Academy of Natural Sciences. 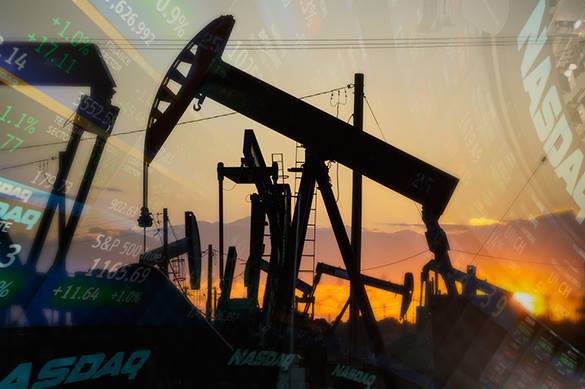 "Bloomberg has recently said that Western sanctions against Russia act in a restrictive way  - they give about 0.3% of GDP. Oil price is a different story. It is the price of oil that largely causes the deep economic crisis that Russia continues to fall into. It is hard to say when we hit the bottom. The price of oil has fallen from the level of $115 per barrel to $36 in only one year - this is a triple reduction."

"We're now revisiting the situation that we had in 1980. Back then, the situation was similar because of the war in Iran. In 1980, the oil price fell from $130 to $25 dollars per barrel, and it was happening because of the Iranian revolution and the events connected with it. Nowadays, we have no such prerequisites. In this crisis, I see two main reasons. The first one is the geological one. Russia has missed two revolutions - the shale oil revolution and the heavy oil revolution. We were ignoring these revolutions at the time when the rest of the world was taking advantage of them.

"Saudi Arabia was the world's number one oil power. Now it takes the second position. Venezuela has declared unimaginable reserves of heavy oil. This country takes the first place with internationally recognised oil reserves of about 300 million tons. Saudi Arabia comes second and Canada with its heavy oil comes third. The States is on the way to become the world's number one oil producer with the help of shale oil.

"I saw a book in which Putin was called the energy emperor. However, I do not know why Russia was not trying to take advantage of heavy oil even though we have lots of it in Western Siberia and on the Russian Valley. All of a sudden, oil has become a resource that is fantastically inexhaustible. Only one country, such as Venezuela, is capable of supplying oil to the rest of the world. Venezuelan oil reserves are estimated at 600 million tons of oil. These reserves are enough to ensure uninterrupted oil shipments for the whole world for six years. Venezuelan heavy oil is very cheap: it sells at about 15 or $20 per barrel. Canadian oil is a lot more expensive - about $40. It was geological prerequisites that created the abundance of oil reserves in the world.

"Compared to all this, Russian oil reserves are a drop in the sea. I would say that Russia is a common oil power. Russia is ranked eighth in the world. What is worse, we haven't had any large new discoveries during the recent decade."

"What do we have for shale oil and heavy oil?"

"Russia has never worked in the field of heavy oil. We did not work in the field where we could make discoveries. We were hoping for the Arctic. However, we came across such a serious obstacle as sanctions, as Russia is unable to develop Arctic oil independently. We need Western technologies for that."

"Is oil a recoverable resource?"

"It is. Hydrogen produces oil at large depths, and many Western companies are using it to their own benefit. British Petroleum, for example, discovered the largest oilfield in the Gulf of Mexico at the depth of more than 10 km. Organic oil does not exist in nature at such depths. It goes about 500 million tons. Non-organic oil already accounts for 10% of all oil reserves.

"Strangely enough, Russia is turning a blind eye on all this and is not trying to find new oil deposits. We say that we are good with what we have, while other countries look for resources and they find them. Russia is the only country it does not discover nontraditional oil. To make matters worse, Russia has lost the scientific base. The technological disadvantage is immense. To to crown it all, the West is waging a targeted war against Russia and it will continue this war until Putin is removed from power."

"What does the West do to conduct this oil war against Russia?"

"The West has failed to mastermind a real hot war against Russia - we could see it on the example of the Ukrainian crisis - so now they proceeded to a hybrid war or an oil war against our country. The first country that could support Russia in the first place is Venezuela. This country is number one oil producer in the world, but it also has $160 billion of debt. Even enormous oil extraction does not give the country the profit it needs. In other words, Venezuela can not stay afloat because of its debt.

"The United States has recently decided to lift sanctions from Iran. Iran will add one or two million. Afterwords, the United States allowed oil exports for the first time in 40 years. Russia is being attacked from all directions."

"They will continue to decline. I do not think that oil will rise higher than $60 dollars per barrel ever again, and the West will try to take advantage of it to destroy Russia with the help of Russia's main source of income - oil."

"Does Russia have a product that no other country in the world has?"