The meeting between representatives of the Ministries for Energy of Russia, Qatar, Venezuela and Saudi Arabia ended in Doha, Qatar. 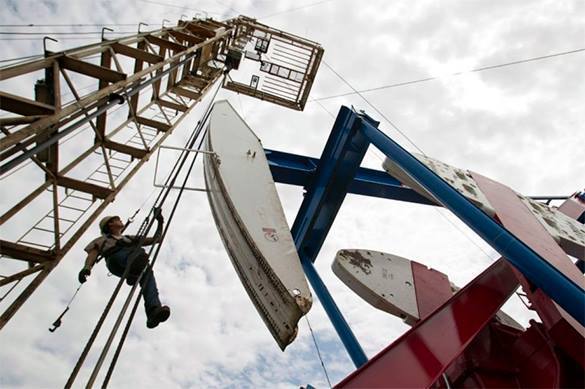 He added that this level of production is considered adequate against the backdrop of the current oil prices.

The Russian Ministry for Energy has not released an official comment about the results of the meeting yet.

It is worth noting that after the announcement of the decision, oil prices dropped below 34 dollars per barrel. The US dollar exchange rate resumed its growth against the Russian ruble.

The Russian Energy Ministry later said that the participants agreed to freeze oil production at the level of January, provided that other manufacturers join this initiative, Interfax reports.

During the last few months, Saudi Arabia insisted not to cut oil production, despite the drop in fuel prices to a 12-year low, until other major oil producers outside OPEC agree to cooperate.

The news from Doha triggered the growth of oil prices in the first half of the day. Brent oil was traded at the level of 35.27 dollars per barrel. However, later during the day, the price fell to 34.88 dollars, and then to 33.25 dollars.

Rising oil prices contributed to the strengthening of the Russian ruble as well. Both the dollar and the euro dropped by nearly one ruble on the Moscow stock exchange to 76 rubles and 85 rubles respectively. However, the rates increased by one ruble later on. According to experts' estimates, the market was expecting tougher decisions, while the ruble, as before, follows oil prices.

Last week, against the backdrop of the declining oil prices, the US dollar rose above 80 rubles land the euro - over 90 rubles.

In early February, it was reported that Venezuela's Minister for Oil was in talks with OPEC countries and Russia to hold a meeting to discuss an agreement on maintaining the same level of oil supplies.