The real economy: What is it? 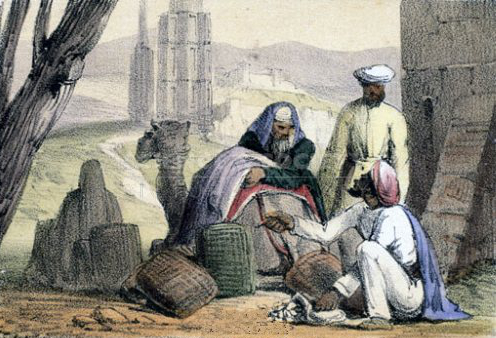 The next comment is from Pierre Rabhi, a French thinker and farmer, who I prefer to call the "philosopher of the land": "Today, when one speaks of economics, it is not a question of the real economy. The real economy is a system that aims to share resources as evenly as possible to meet the needs of the greatest number of people. Unfortunately, what is called 'economics' is, above all, monetization which makes money represent not only real wealth but also non-real, virtual, speculative wealth, and that it works on itself: money produces money. So we're not in a real economy."

These words of Rabhi lead us to a reflection that deserves our attention in the face of the many disparities we have experienced. In fact, economics can not be called real when it brings together a contingent of millions of hungry human beings in a world that paradoxically produces enough food to feed more than 10 billion people.

Poor distribution, not lack of food

Therefore, taking this peculiar case for analysis, the existence of hunger is a condition of the very poor distribution, not of the lack of food production. If we were really facing a real economy, taking only this "problem" as an example, hunger would not happen.

How, then, to call this the real economy when the current production model, based on economic growth that occurs at the expense of the dilapidation of natural capital, outraging the limited sources of nature, and thereby affecting peoples' way of life, ends up provoking this social tragedy that decimates so many victims, "victims" of an awkward distribution?

There is no sense in calling it the real economy what we see when only 62 people in the world accumulate fortune equivalent to the gains of the exact half of the world population, that is, of 3.6 billion people, thus evidencing a process of accumulation , (wealth, power, consumption and privileges) which is unprecedented.

Just as there is no reason to look at a model of industrial production, also calling it the real economy, knowing that in order to satisfy the wants of the consumer market, the unnecessary, unnecessary and unnecessary consecrates itself. (Especially in the case of food, as we mentioned).

Without meaning the system cannot be real

Such a system, which goes beyond limits and throws human life itself down the cliff, cannot be seen and termed as "real", since it lacks full and substantial meaning.

Hence the increasingly pressing need to rethink the economy (in its literal sense) so that the human being and nature are part of the central concerns and political and economic decision-making.

Only in this way will we organize something that, in the future, we can comfortably call the real economy, giving primacy to what really counts: the preservation of human life with elemental quality to the most needy, far from hunger and misery, living in a balanced environment Which preserves and respects the way of life of sapiens, animals and all biodiversity.