Six days of summer 2016 will change the world

Only six days in June 2016 may change the world irreversibly. Six extremely  important decisions are expected to be made in different places of the planet. The decisions, even if they are not related to each other, will show enormous influence on the course of world events, the work of governments and corporations and the lives of ordinary citizens, German newspaper Die Welt wrote. 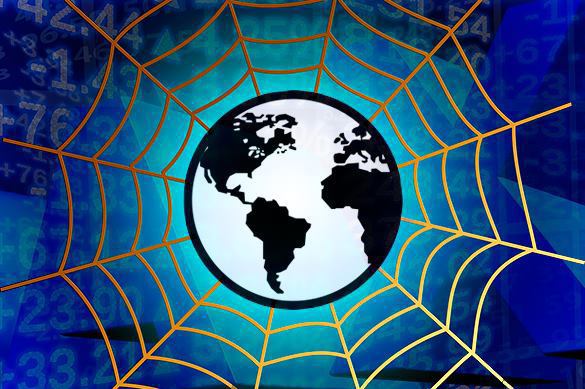 According to economists and analysts, financial markets are about to face four intense week, when even the collapse of the stock market could be possible. What does the world have to expect?

On June 2, OPEC members will gather for a regular meeting. The results of this meeting will show influence on the whole world. Contrary to expectations, the Organization of Petroleum Exporting Countries - the cartel that seeks to take control over the most important raw material of the planet - may take a pivotal decision to freeze production quotas.

In this case, oil prices will rise rapidly. Oil prices have been growing steadily since January 2016, having climbed from less than $30 to almost $50 per barrel. If oil exporters do limit the production, prices may sore up to $70, analysts believe.

This is very good news for the countries that depend on the sales of raw materials, but it is unlikely to please consumers, who may expect a possible rise in price on petrol and heating.

In April, OPEC countries and Russia have already discussed the deal, although to no avail, because Saudi Arabia was doing everything in defiance. Crown Prince Salman bin Muhammad was not at all interested to cede his market share to Saudi Arabia's prime rival Iran that has returned to the scene after the lifting of sanctions. In Vienna, Saudi Arabia will introduce its new oil minister, Khalid al-Falih. The OPEC may settle its disputes to demonstrate its new power with the help of the new Secretary General.

On June 2, the meeting of the European Central Bank will take place in Vienna as well. At first glance, the agenda of the "euro keepers" promises nothing unusual. However, the meeting may provoke instability on financial markets.

ECB Chief Economist Peter Praet will present new forecasts for inflation and growth in the euro zone. For the first time in a long time, ECB forecasts for inflation may rise significantly against the backdrop of a significant increase in oil prices and latest data from Germany. If the monetary authorities increase their projections, markets may see this as the first sign of a possible departure from the ultra-low rate of the ECB to take new positions.

Markets had shown possible consequences in April last year, when the bond market collapsed. It could happen again any time. The ECB keeps interest rates on an artificially low level. Many speak about a bubble in the bond market that may burst.

On June 23, London will make an epoch-making decision for the UK. The United Kingdom will have 100 billion pounds at stake: the economic performance of the country may decrease by this amount already by 2020, if the Britons decide to pull out from the EU, an analysis conducted by PwC audit firm said. About one million jobs are will be at stake. In case of Brexit, London, the European center of the financial world, will be suddenly cut off from the free movement of capital - a key element of the EU, which is only available to its members.

The shock will not be limited to the British Isles only. It will quickly reach the continent. European banks may lose more than 100 billion euros. Britain's exit from the EU would be an incredible blow to the institutions that bought British mortgage and credit bonds.

Things can be even worse in the event Brexit sets an example for others. The European integration took decades, and now the countries can once again pull away from each other.

More than 60 years ago, the European Coal and Steel Community was created. Today, European integration faces regression and possibly even disintegration. Recent polls show that the number of supporters and opponents of Brexit in the UK is roughly equal. Forty-five percent want to stay and about the same amount want to exit the EU. The rest remain undecided. If June 23rd marks the day when the domino effect starts, economic consequences will be catastrophic.

On June 14-15, the US Federal Reserve will make a decision on the interest rate. Janet Yellen had planned a higher rate in the summer, and these plans may well materialize already at the meeting on 15 June. If this happens, the world economy will feel the consequences of it as the US Federal Reserve is, in fact, the central bank of the world. Many states and companies outside the United States have dollar borrowings and they hope that the money will remain cheap.

It should be understood that any change in Washington may provoke crises in developing countries. Suffice it to recall that after the December raise of the US Fed rate, stock markets of the world were suffering double-digit losses for weeks.

Although many players estimate the probability of a rate hike at 34%, there are many people who believe that the Fed is unlikely to dare to stir up additional excitement until the Brexit decision is made.

Economic and political instability in Europe

On June 21 at Karlsruhe, the German Constitutional Court is to make a historic decision on whether the promise from ECB President Mario Draghi to do everything possible in terms of the monetary policy for the euro rescue was lawful.

Draghi's historic words led to the establishment of the so-called OMT program (outright monetary transactions), which, in case of doubt, provides for unlimited purchases of government bonds from crisis countries. Unlimited purchase of individual debt liabilities has more to do with prohibited public funding from the ECB rather than with monetary policy, plaintiffs complained. The euro, as a result, may go through quite complicated times in its history.

On June 26, Spanish citizens will go to the polls to elect their new government. Recent polls show a stalemate situation between the left and the conservatives. The People's Party of Prime Minister Rajoy currently leads with a share of almost 30 percent.

A few weeks ago, his victory was a foregone conclusion. Today, however, the left populist party Podemos has united in an election bloc with the United Left (Green and Communists) led by Pablo Iglesias. This camp along with the socialists may leave the conservatives behind.

Economists fear the triumph of the populists. Given the already difficult economic situation, they believe the union of the two people's parties is more rational. A turn to the left, as it happened in Greece, will throw back the fourth largest economy in the continent. That would be a disastrous move to make. The unemployment rate has reached 20.1%, having thus become the highest in the EU. This year, the country is to exceed the budget deficit of three percent. The future government will have to save from 20 to 25 billion euros.